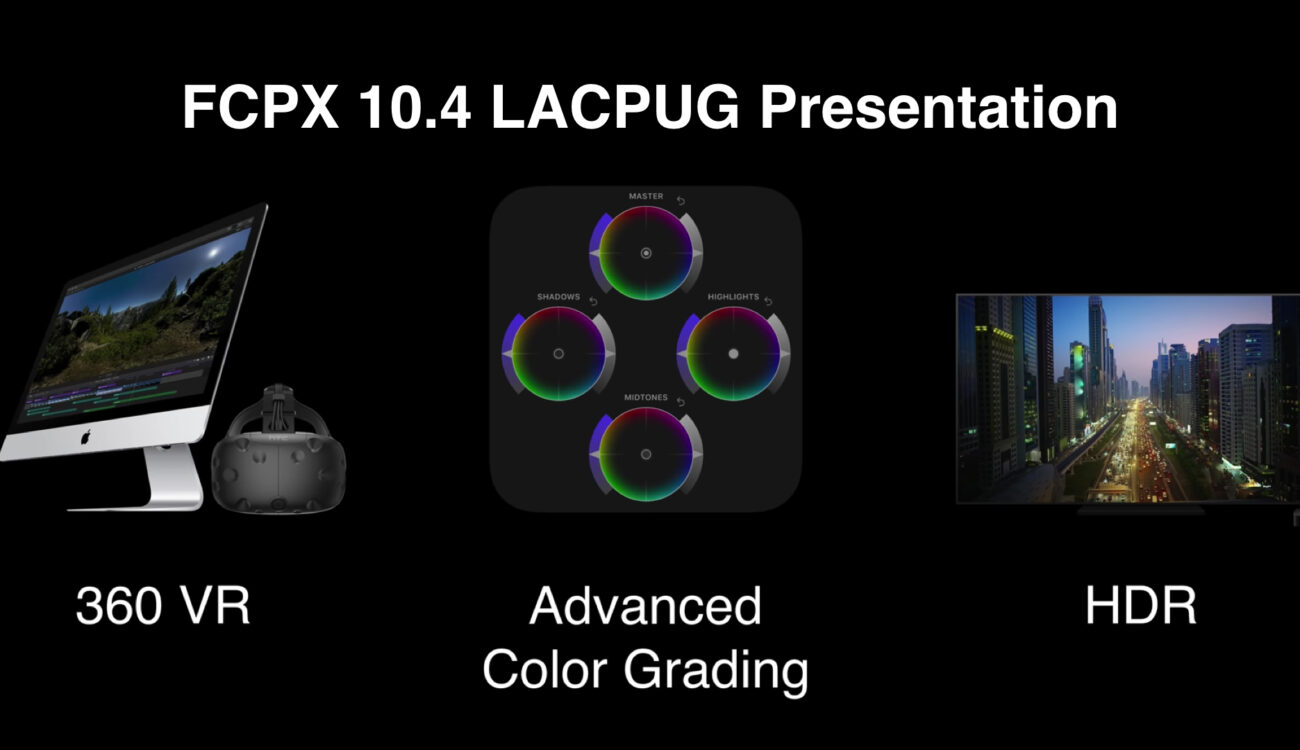 The recent Los Angeles Creative Pro Users Group (LACPUG) meeting was dedicated to the main features of Final Cut Pro X 10.4. Thanks to LumaForge this presentation has been made available on YouTube. Read on for our summary of the best parts of the presentation. 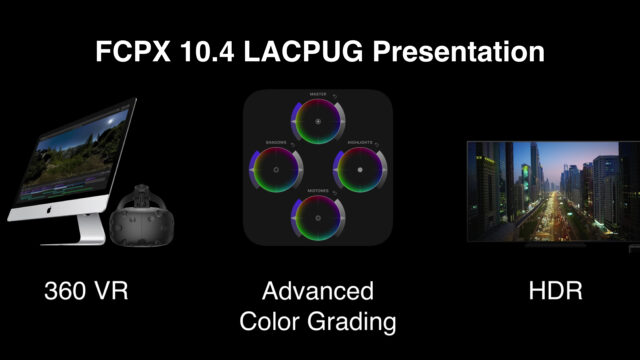 There are basically 3 main features in version 10.4 of FCPX: 360 VR editing, advanced color grading and HDR support. Let’s discuss about them one by one.

The interface includes the Color wheels, Color Curves and the Hue and Saturation Curves. 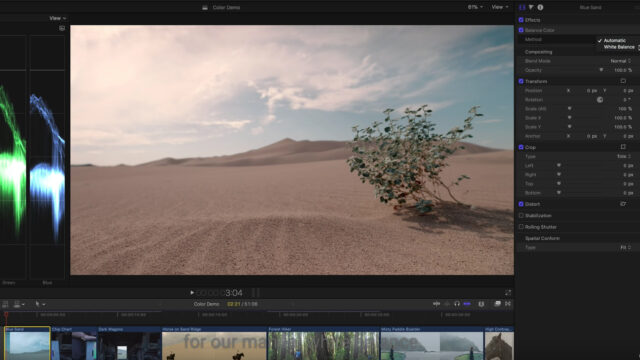 One of FCPX’s main Achilles’ heel regarding color grading was its inconvenient color board. It was unclear how to use it and it didn’t match the popular interface of the color wheels from other platforms like Premiere Pro and Resolve, which caused external developers to design color wheel plugins especially for FCPX, like the great Color Finale developed by Denver Riddle. Now FCPX offers its own in-house color wheels, and it’s about time. 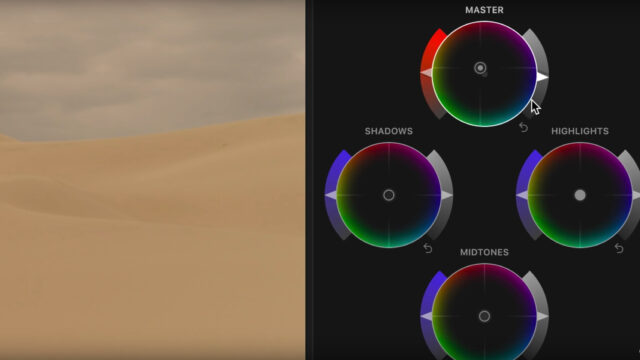 Furthermore, the Color Curves makes it a much more trivial grading tool from a user experience point of view, and looks much more similar compared to the good old DaVinci Resolve interface, which is an improvement.

Also demonstrated was the new simplicity of adding new LUTs, which significantly facilitates the process when LUTs are needed. 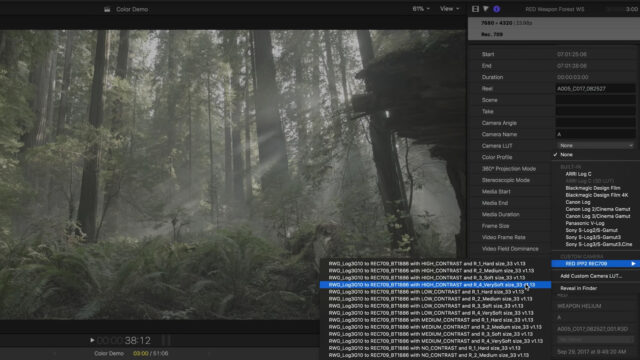 It seems that these days HDR is one of the hot topics in our industry (see our detailed article here). FCPX now has the option to handle HDR inside the color gamut of Rec. 2020 in order to expand the range of the reds and the greens. 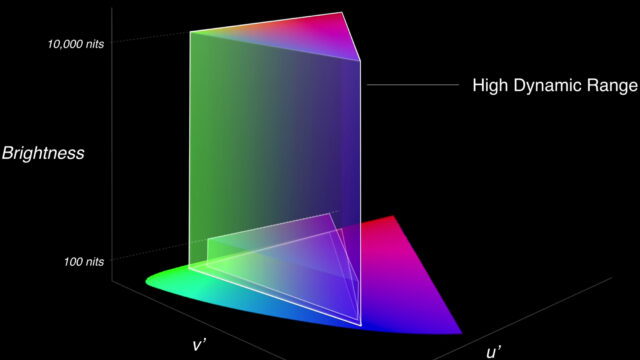 When grading HDR images, the scopes don’t stop at 100 anymore, but rather go up to 10,000, granting the colorist a huge range to play with while preserving image detail. 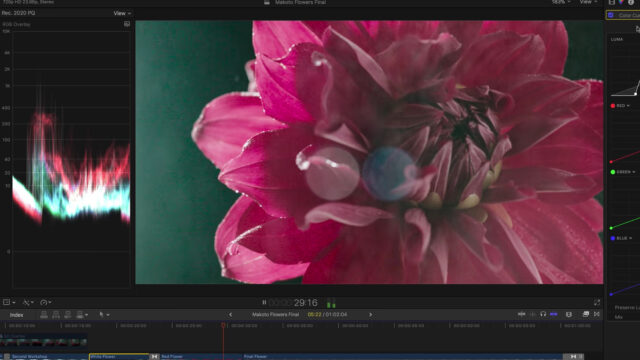 Judging by the presentation, it looks like handling HDR on FCPX is a piece of cake.

FCPX 10.4 now offers the brand-new 360 Viewer, which allows you to work as if you’re viewing with a headset. 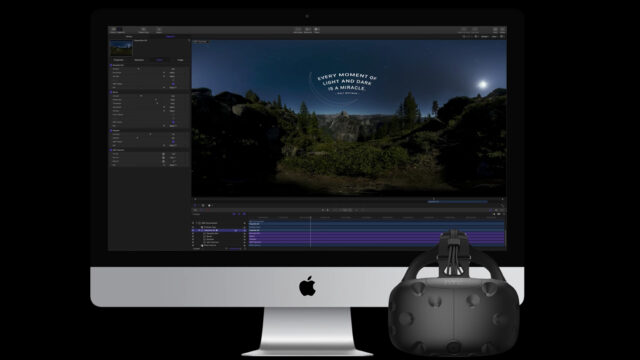 There is also an option for 360 titles, which – when combined with the magnetic timeline – seems to make titling a straightforward and friendly process. Furthermore, there are some 360 new filters (effects) to get started with. 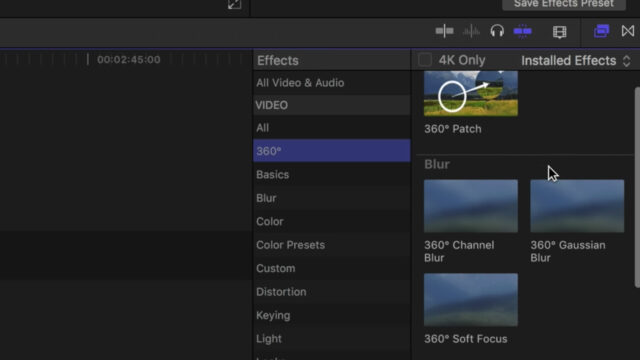 The ability to playback 8K footage on the iMac Pro was also demonstrated in the presentation, proving that the new iMac Pro and FCPX 10.4 could be a winning combination with the potential to smoothly handle 8K footage with effects applied. Indeed, playback went smooth without any drops in the timeline.

Watch the full presentation below:

Based on this presentation, it really seems like FCPX is offering some powerful new features and capabilities. However, these “new” features don’t impress me as much: the old color palette should have been replaced years ago, and Premiere Pro already offered 360 editing capabilities.

There is, however, no doubt about the significant synergy between FCPX and iMac Pro which raises its credibility regarding demanding editing tasks. But we just have to wait and see if the 10.4 is powerful enough to edit an 8K feature. The most important “features” regarding pro editing are speed and reliability. We editors expect the software to get the job done without any delays or crashes.

What do think about these features? Have you used FCPX 10.4 yet? Let us know your thoughts in the comments.