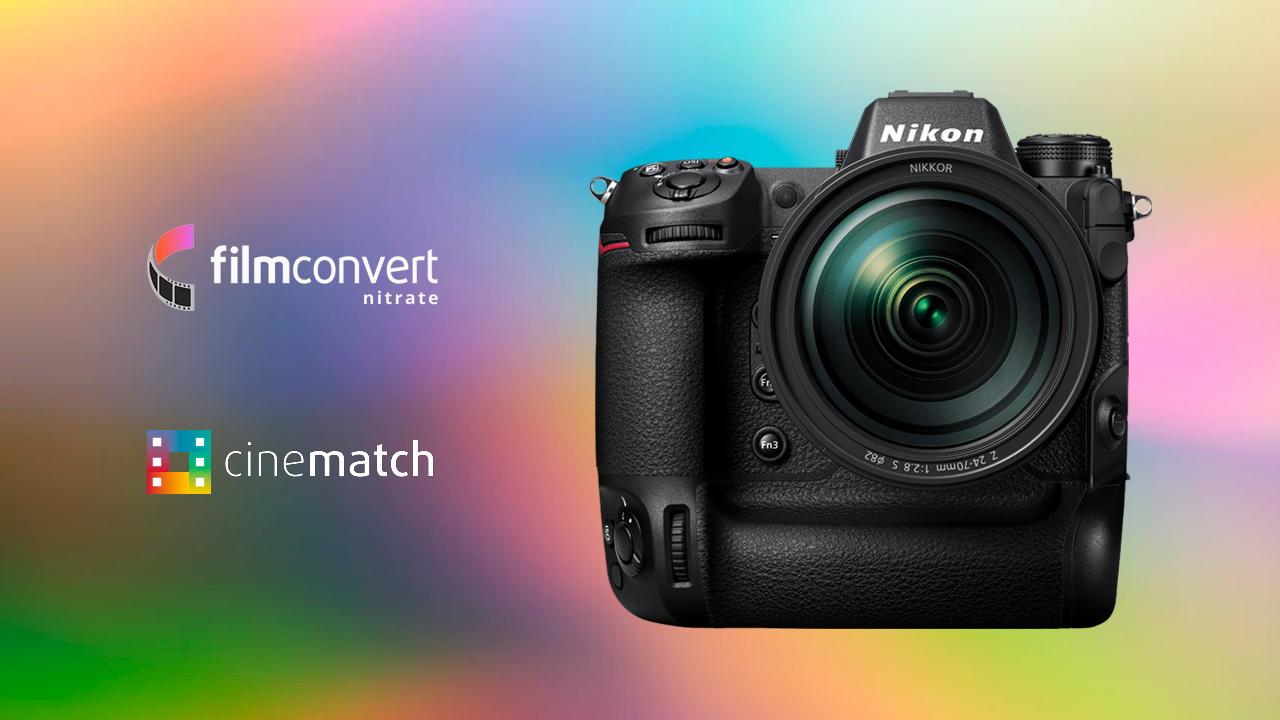 FilmConvert has just introduced a new Camera Pack for Nikon’s flagship full-frame mirrorless model, the Z 9, which is now supported by the company’s film emulation and camera-matching plug-ins. Existing users can now download the new Camera Pack free of charge.

Although the Nikon Z 9 (CineD’s initial coverage/review) has been out in the wild for a little over a year, the camera has already got two major firmware updates that massively expanded its video capabilities. Back in April, firmware v2.0 brought internal 12-bit 8.3K60p N-RAW and 4.1K60p ProRes RAW HQ recording. More recently, firmware v3.0 added an interesting digital zoom function as well as timecode sync via Bluetooth.

I had the chance to shoot with the camera over the last few months, and I was blown away by the giant steps that Nikon has taken on the video side, especially when comparing the Z 9 to their old DSLR models.

The Nikon Z 9 now joins the long list of cameras supported by FilmConvert. This means that is now possible to apply their Nitrate plug-in to the camera’s footage in order to mimic specific film stocks and grains. Furthermore, it should now be easier to match shots coming from the Z 9 with those generated by other camera models in multi-camera scenarios.

FilmConvert Nitrate and CineMatch are compatible with some of the most common non-linear editing software on the market, including Adobe Premiere Pro, DaVinci Resolve, and Final Cut Pro. The plug-ins are calibrated explicitly for each camera sensor. By the way, if you’d like to see how the Z 9’s 45.7MP full-frame sensor performs in terms of rolling shutter, dynamic range, and latitude, make sure to check out our Lab Test!

The new FilmConvert Camera Pack for Nikon Z 9 is now available to download for free for all existing users. For FilmConvert Nitrate, you can find the new Camera Pack here, while CineMatch users need to update the plug-in to the latest version (download here).

Finally, the company is currently running a Cyber Monday sale with discounts of up to 50% on all pieces of software. For example, you can get your hands on an individual Nitrate license (Premiere Pro/After Effects, DaVinci Resolve, or Final Cut Pro) for $99 (usually $179) or pick up the full FilmConvert bundle for $149 (usually $249).

Have you ever shot on the Nikon Z 9? How do you like the footage that this camera generates? Let us know your thoughts in the comment section below!