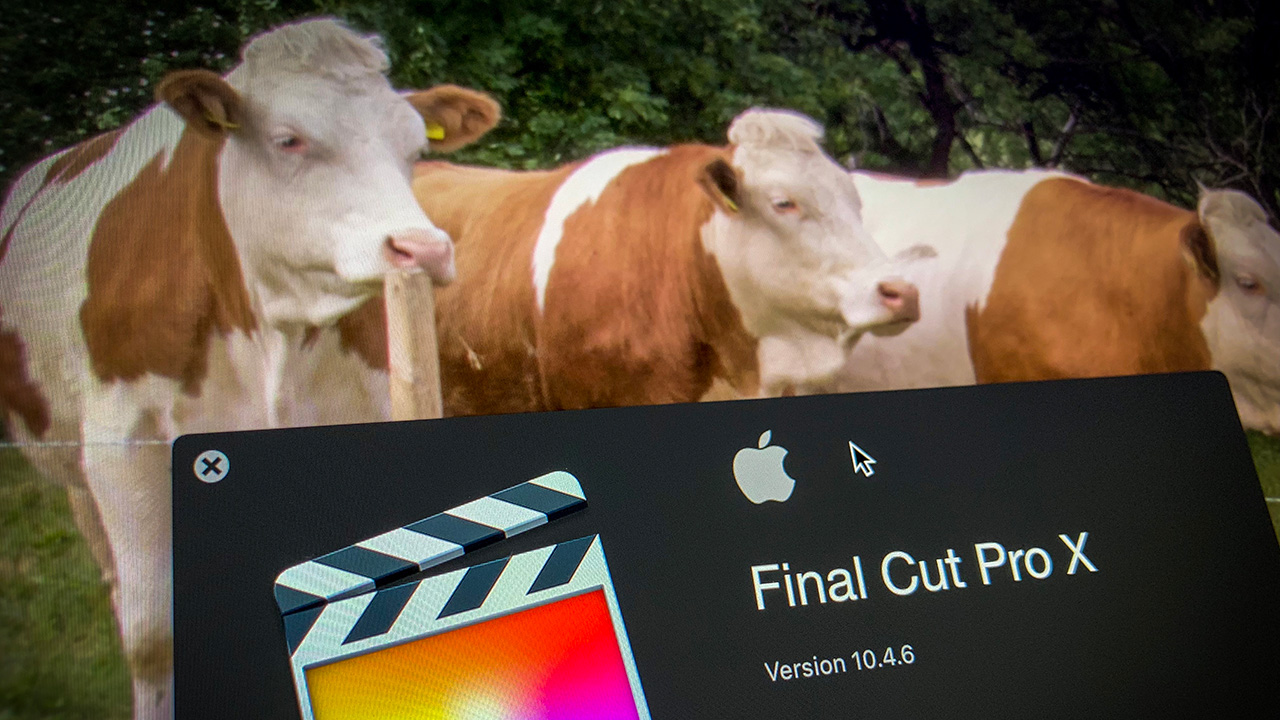 Apple has released an update for its editing software Final Cut Pro X. 10.4.6. is mainly a maintenance update, yet it does have one important new feature. 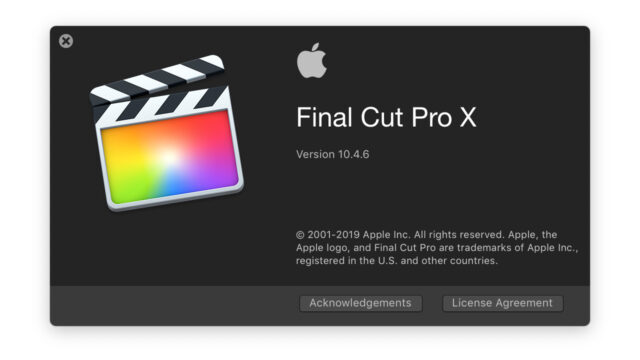 Before you rush to the App Store and download the upgrade, please zip your current versions of the apps by navigating to the Applications folder on you Mac and control or right-clicking the Motion, Compressor and Final Cut Pro apps, then selecting compress from the context menu. This way you can go back to the older version if need be. 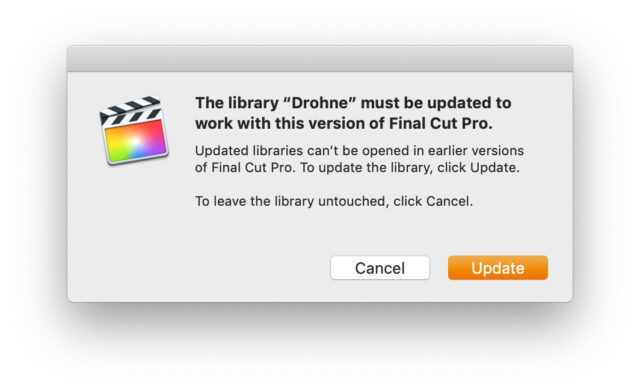 Once you install the update, it will inform you that it needs to update libraries that have been created with earlier versions – so please be aware that you cannot open an upgraded library with an earlier version.

Note: A backup of the old library file is placed in ~/Movies/Final Cut Backups/LibraryName/Previous Versions (or wherever you have pointed Final Cut Pro X to put its backups.)

Aside from a swath of squashed bugs, Apple has added only one new feature:

Detecting media files that will be incompatible with future versions of macOS after Mojave and converting those assets to a compatible format.

Last December, Apple has made some waves by announcing that future versions of macOS (and thus Final Cut Pro X) will not support a number of older and ancient codecs on an OS level.

The new feature now introduced in the 10.4.6 update, allows you to open libraries containing media encoded with these codecs and have Final Cut Pro X automatically convert those assets to ProRes, which future macOS and Final Cut Pro X versions will be able to open.

Upon opening a library containing legacy media in Final Cut Pro X 10.6.4., a window will appear, listing the assets that need transcoding, giving you the option to start the conversion right away. It also tells you that incompatible files will be moved out of the library bundle into a folder named “Final Cut Pro Incompatible Media”, which is put next to the affected library file. The transcoded clips will be placed inside the library file – maintaining the integrity of the library. 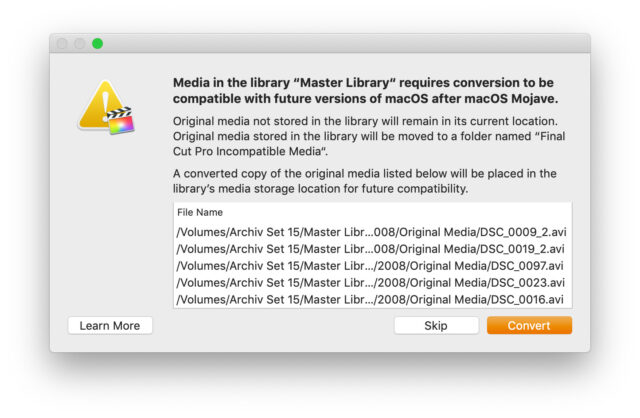 Files that are not inside the library file will not be touched or moved by Final Cut Pro X.

If you choose to skip the process of conversion, you can always come back later and have Final Cut Pro X convert incompatible files manually by going to the file menu and selecting Check Media for Compatibility. 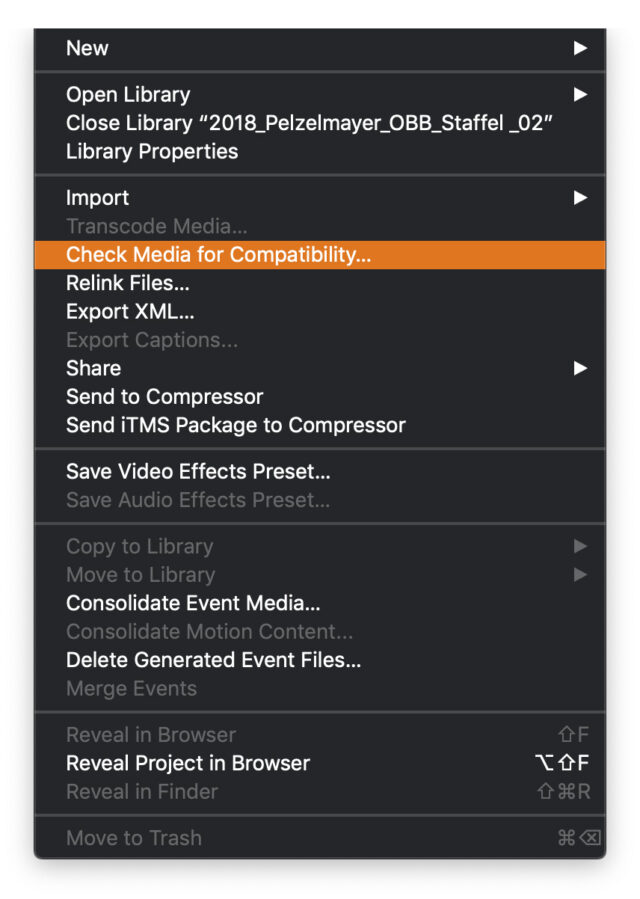 Either way, Final Cut Pro X will busily start converting the incompatible files in the background. 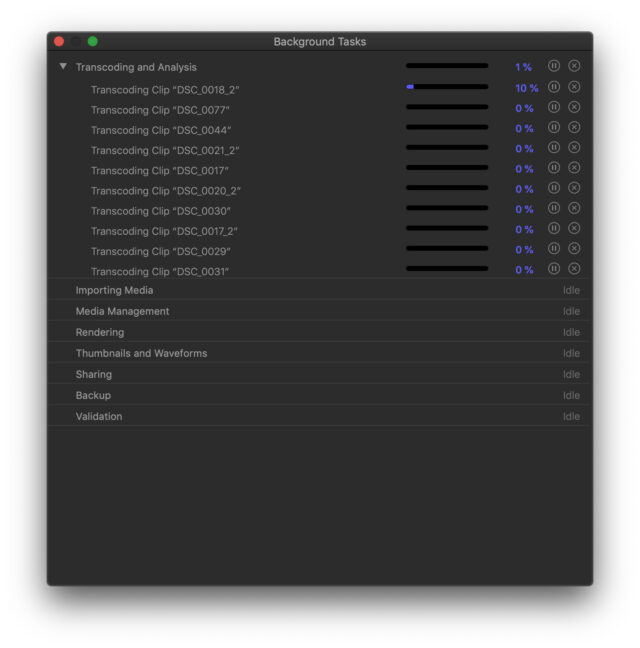 So once updated, make sure to go through your older Final Cut Pro X libraries, open them and have the NLE check/convert if you have any incompatible media inside.

Personally, I had to open many very old libraries to actually find one that had legacy media within, in order to test the feature and make these screenshots.

This means, the whole codec-thing is a non-issue for me. Depending on the footage you work with, it might be more of a problem for you.

In any case, even if macOS will not support these old codecs on an OS level after Mojave, there are currently many apps out there to convert old and outdated media files to current formats. And just because the OS will not be able to play these files in the future, nothing is stopping developers from writing tools that still can.

The update is free for all current users of Final Cut Pro X – as all the updates since its release in 2011 have been.

Do you currently use Final Cut Pro X and are affected by Apple’s decision to no longer support 32 Bit codecs? Let us know in the comments below.