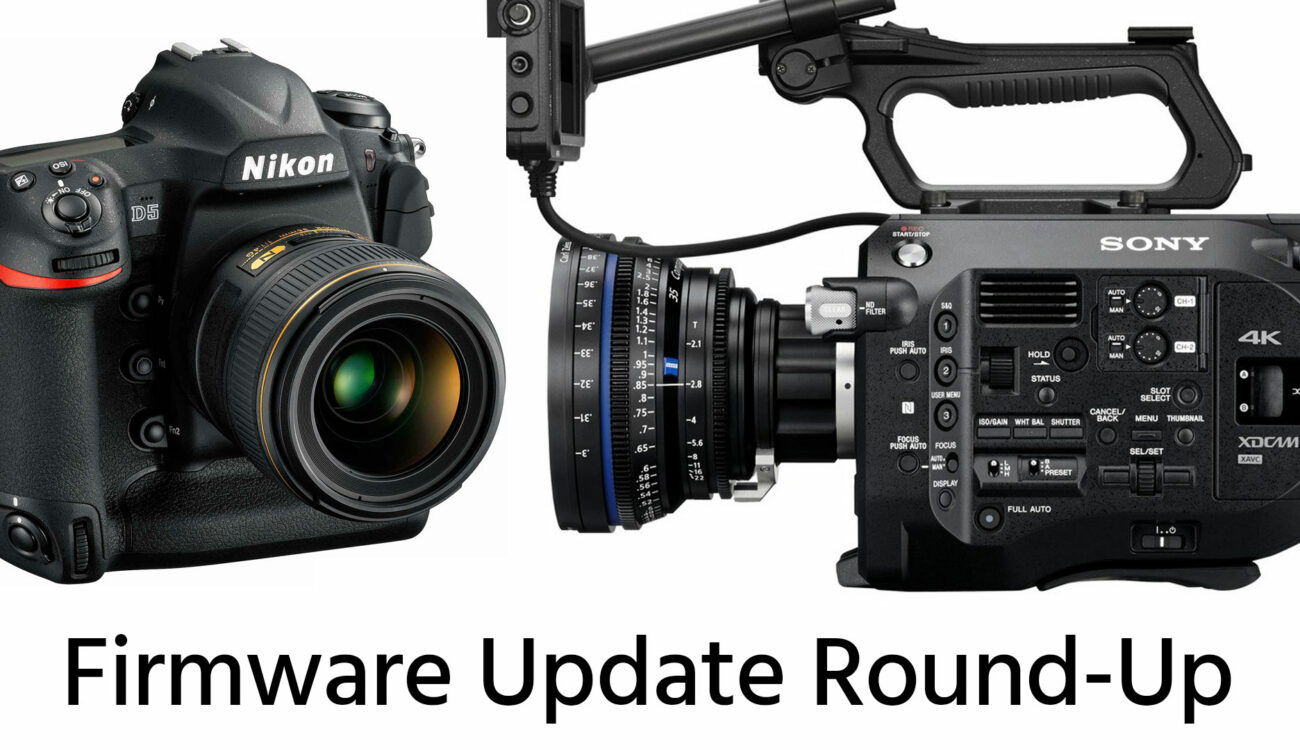 Both Nikon and Sony have just released firmware updates for popular camera models, the Nikon D5 and the Sony FS7.

Nikon’s firmware update for the D5 brings something that many video shooters have been waiting for: the ability to shoot more than 3 minutes in UHD 4K. Watch our original review by Johnnie here. After the update, the limit is the normal 29 minutes and 59 seconds that we have gotten used to from DSLR and smaller interchangeable lens cameras.

Another interesting improvement in the Nikon D5 for video shooters is the introduction of Electronic vibration reduction (VR).

Here’s how Nikon describes it:

The new firmware has been equipped with an Electronic VR function that reduces the effects of camera shake with hand-held recording of movies in the FX- or DX-based movie formats (image areas)*2. The effects of camera shake in three directions — vertical (up and down), horizontal (left and right), and rotational (around the center of the lens) — are reduced. This function is effective when recording movies in places or situations in which use of a tripod is prohibited or inconvenient, or when there simply isn’t time to set one up. In addition, electronic VR can be used in combination with the optical vibration reduction (VR) built into a NIKKOR lens for more effective reduction of the effects of camera shake.

Other enhancements are mostly relevant for photographers. The new Nikon D5 firmware is downloadable here. 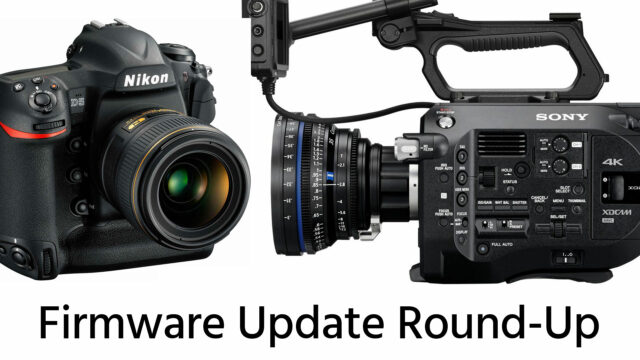 One of the biggest hurdles in using the high speed shooting capabilities of the FS7 is the accessibility of those functions through the menus. While you can press the S&Q button to enable the high speed recording option easily, changing any details about those settings requires some serious digging in the menus. Something I have always criticised even in my first review of the camera is how easily you can accidentally end up shooting slow motion just by hitting that button – which is something that unfortunately hasn’t been enhanced with the update. With the update, it is now also possible to record real 24fps at 4K in the XAVC-I codec.

The new Sony FS7 firmware can be downloaded here.