We had a chance to look at the new RED Weapon Helium 8K camera at IBC 2016 for the first time since it was announced in July. Here’s a run through of what we’ve been told at the show floor and what we know so far.

The RED Helium 8K is a new sensor that will be introduced in October 2016 in the RED Weapon and RED Epic W cameras. A limited number of special edition white RED Weapon Helium 8K cameras have been produced, one of which we found at the IBC show. 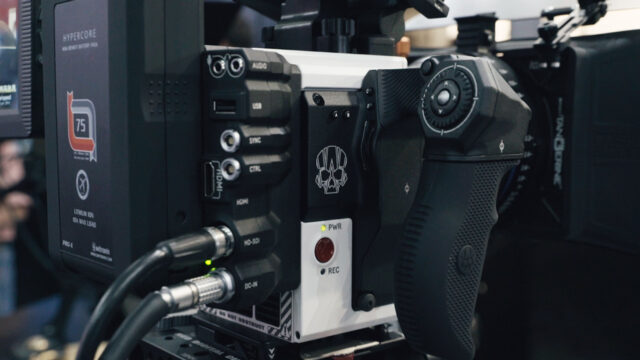 Specs of the RED Helium 8K (according to nofilmschool.com) 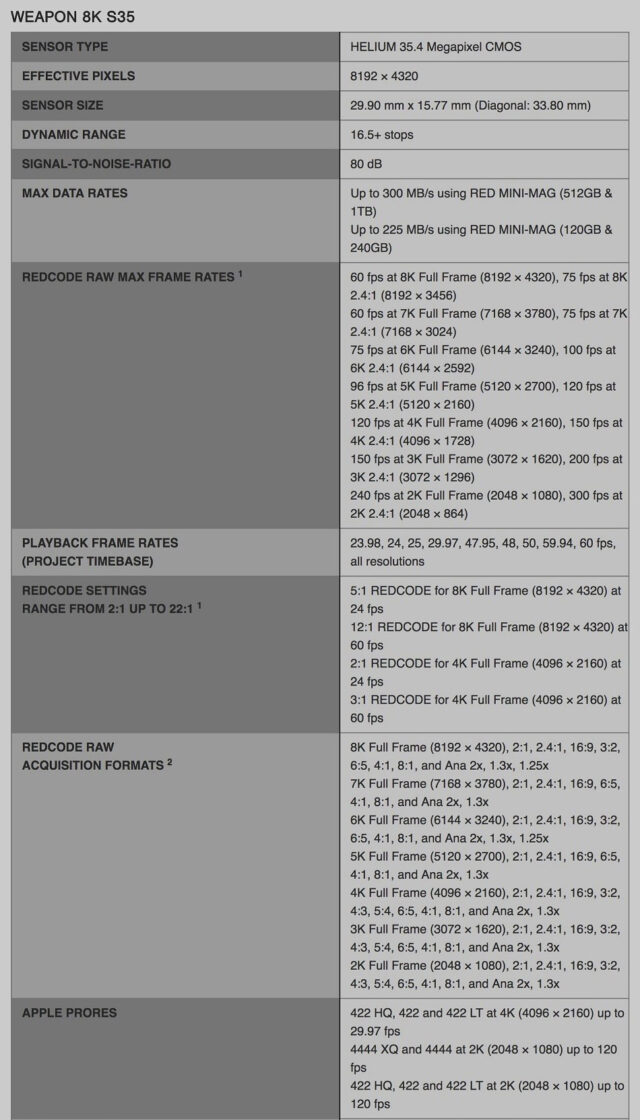 According to this spec sheet, most features should be comparable to those of the original RED Weapon camera, like slow motion in 2K crop mode at up to 240fps and Apple ProRes Proxy recording.

The most important thing to know: this is the first 8K sensor with a super35 sensor size, meaning that the pixels are now twice as dense as before, with 3.65 microns per pixel.

According to early user reports, the lowlight performance is good and the camera is usable at ISO 3200 and possibly beyond, though this certainly has to be tested. It is promising to get this kind of quality and resolution, accessible to many professionals in the near future.

A word about storage requirements in 8K: apparently, each recorded minute will produce 10 to 15 gigabytes of data (i.e.: 4x size of 4K at 5:1 RAW recording), so you will roughly need 1 terabyte for each hour of footage.

Subscribe to our newsletter to be notified when the October announcement is here.