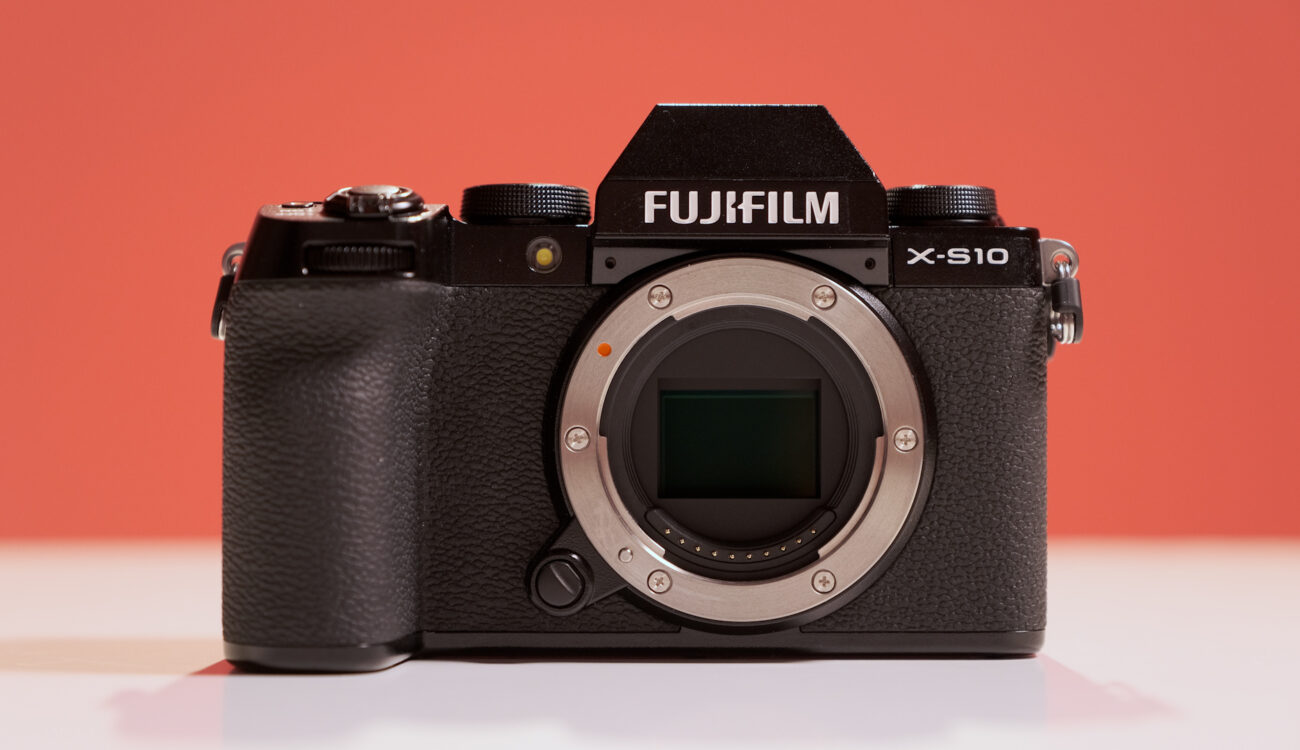 The FUJIFILM X-Series family of mirrorless cameras has a new member: the compact and lightweight FUJIFILM X-S10. The family-analogy in this case is more than adequate, because the X-T10 feels like the XT-4’s little sister (or brother), sharing many of its bigger sibling’s features. Let’s take a closer look and also don’t forget to check out Johnnie’s review by clicking here.

FUJIFILM claim that this IBIS saves about 30% of space and weight compared to the X-T4’s stabiliser. Furthermore, up to 6 stops of stabilisation is possible — depending on the lens used, of course.

It is rather incredible that FUJIFILM managed to cram an IBIS into the X-S10’s body that all together weighs just 450g. Compared to the X-T4, that I’m used working with, it feels tiny.

The body features a front- and top-plate made of a magnesium alloy and a large ergonomic grip to hold the camera steady with larger lenses attached.

Useful for a mid-range camera, it has a AUTO/SP (Scene Position) mode that adjusts shooting parameters to suit a given scene — something that’s very handy for beginners as well as experienced photographers.

Photographing kids (or dogs) can also benefit from the X-S10’s autofocus (AF) and burst mode. The camera can do AF tracking for moving subjects as well as face- and eye tracking. These features are also useful when shooting video. More on that in a minute.

The FUJIFILM X-S10 can record 4K video downsampled from its roughly 6K sensor. It can record up to 4K/30p in 8bit 4:2:0 internally into an SD card. The camera records in Long-GOP up to 200 Mbps using the h.264 envelop only. In Full HD, the camera can also record up to 240 frames per second internally.

4K, 4:2:2, 10-bit video output is available via the HDMI port. This means, with the right external recorder the X-S10 can be a source of very high quality video.

In video mode, the mechano-optical IBIS can be augmented by Digital Image Stabilisation (DIS), which further eliminates shakes when using it handheld from a stationary position.

The dedicated movie-button on the top-plate lets you start recording video even when in still mode. Remember the kids running around certain professional’s feet? Very useful in situations like that.

FUJIFILM has its origins in manufacturing chemical film stock — hence the “FILM” in FUJI.

When they moved into digital imaging they migrated their vast experience in color science into “Ones and Zeros”. The result is their legendary “film simulations” which emulate analog film stocks.

18 of those film simulations are available with the X-S10, including ETERNA (a simulation recreating the look of FUJIFILM 35mm ETERNA 500T 8573 motion picture stock).

If I have counted correctly, the X-S10 must also have the “Classic Negative” film simulation, which is — hands down — my personal favourite on the X-T4.

he FUJIFILM X-S10 will be available during mid-November in the color of black only, but in following versions/bundles:

Please note that not all bundles will be available in all territories.

The X-S10 seems to be positioned as an ideal mid-range model in FUJIFILM’s X- system as well as a capable b-camera for somebody already invested in the FUJIFILM world. Judging by what an awesomely capable camera the X-T4 is, its little sister (or brother) seems to tick a lot of boxes in a smaller package and at a lower price (actually, for the current price of the X-T30 you get a similar camera but with an included IBIS).

I’m seriously thinking of getting an X-S10 as a second body in addition to my trusty X-T4. I just wish FUJIFILM had used the newer NP-W235 of the X-T4 in the X-S10 instead of the older NP-W126 batteries. Not because of the smaller capacity, just because it’s easier to manage one set of batteries and one type of charger, when out and about.

What do you think about the FUJIFILM X-S10? Does it tick some of the boxes in your wishlist? Please share your thoughts with us in the comment section below.