The Thunderbolt 8-Bay G-Speed Studio XL consists of a 6-Bay Raid with up to 48TB capacity and two ev bays, which can either be used with existing EV-series hard drives or with their new RED Reader. The RED card reader also has a USB3 port so that it can be used on its own. Due to its form factor, it also fits into the existing G-Drive ev Dock. Using the RED card reader in the 8-Bay G-Speed Studio XL will allow a DIT to have one system from which he/she can make copies from the card directly to an ev series drive and onto the RAID. The G-Drive ev can then be sent off set for post production or editing. 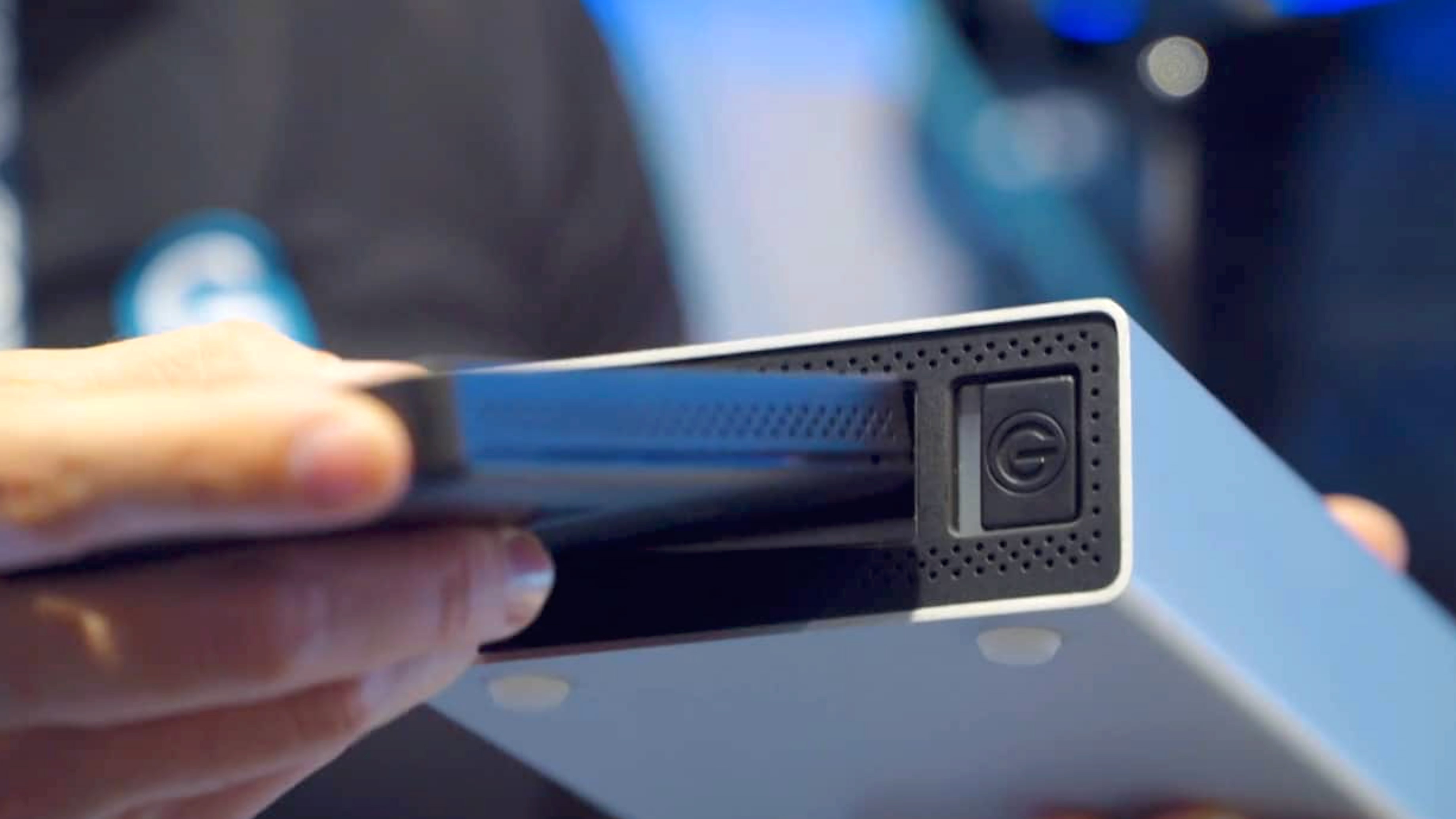 G-Technology also introduced a new G-DOCK ev Solo with USB3 connections which is going to cost less than 100 Euros.

To serve people who still use Macs with Firewire 800 connectors in their workflows (like the old Mac Pro), G-Technology now offers a Firewire to ev series adapter that allows you to attach G-Drives ev directly to computers with Firewire 800.