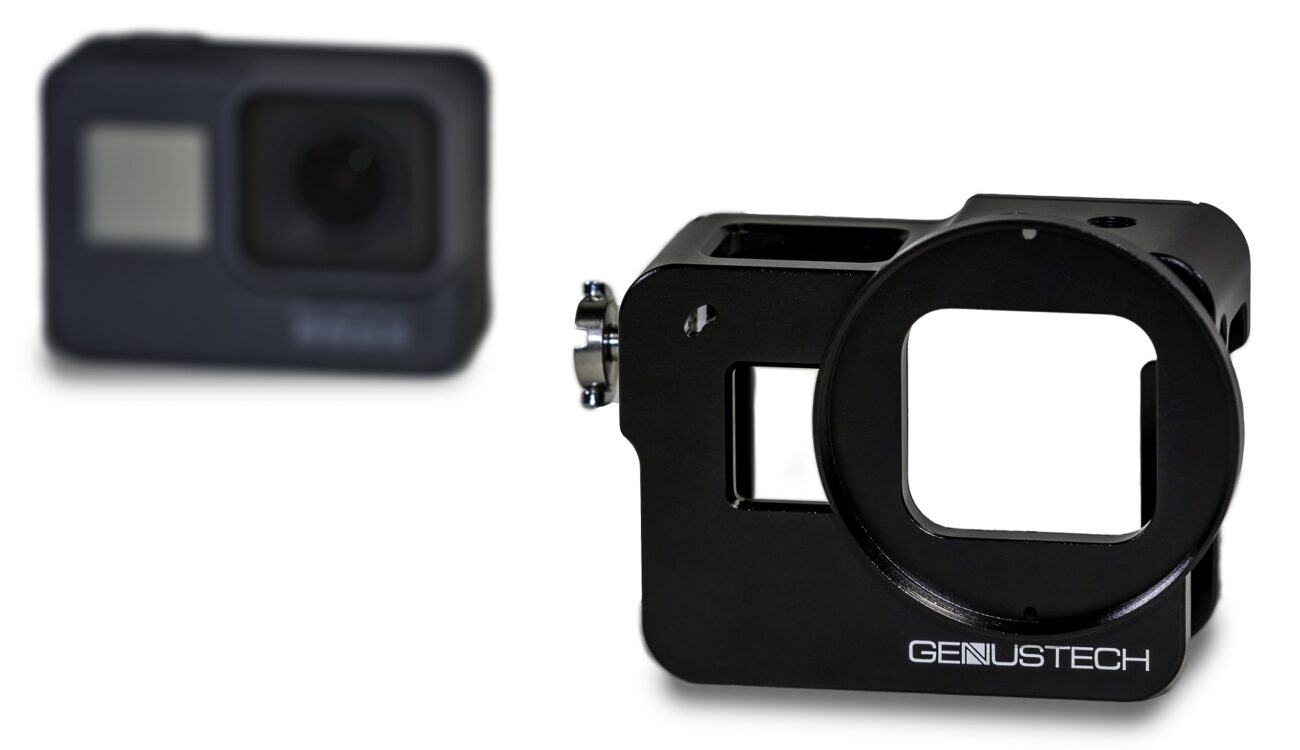 The new Genus GoPro Hero5 cage is hitting the market, and will allow you to extend the possibilities of your GoPro by adding more mounting options as well as a filter thread, while preserving access to all controls on the GoPro. Furthermore, GoPro just released a new firmware for Hero5 cameras, so make sure to keep your camera up to date. 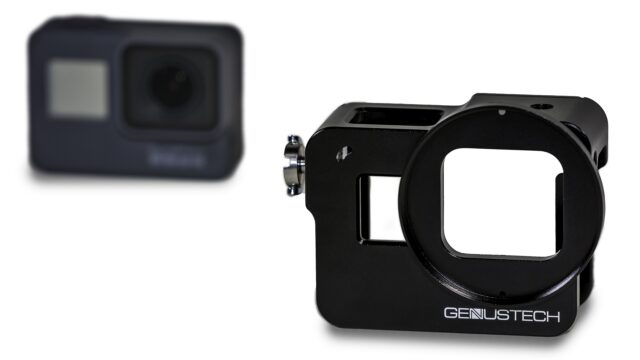 It’s only been a few weeks since  GoPro released their new Hero5, and already various accessories from other manufacturers are becoming available. While previous GoPro cameras since the Hero3 have had the same dimensions and you could share accessories such as cages between them, the new Hero5 is a little bit bigger due to its waterproof design, which is why the release of a new cage for this model was expected to hit the market soon. Genustech has come out with a new GoPro Hero5 cage, made of aluminium and providing various additional mounting points. The specifications of the cage according to the Genustech website are as follows:

The cage comes with few accessories, such as:

Keep Your GoPro Up to Date

While on the topic of GoPro, it’s worth mentioning that they have just released firmware upgrade fV01.20 for both the Hero5 Black and Hero5 Session. You can take a look at the update details and download it from the GoPro update website. The main highlights of this update are:

Do you normally use cages with your GoPro? What feature do you think would make for a perfect GoPro cage? Let us know in the comments below!