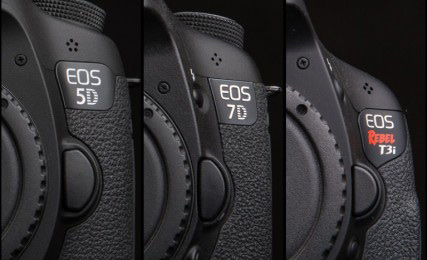 One could certainly argue about which DSLRs are best for video, but it’s a fact that these three are the most popular and still valid choices in 2013. This makes today’s big discount on these cameras at B&H a very welcome one.

These after cart checkout deals will show up once you start the payment process. [UPDATE]: B&H has now also added a deal for the Canon EOS 6D. The 6D has some aliasing issues but does have a large sensor just like the 5D if that look is what you’re into:
(Note: The offers end on October 26th) The 5D mark III is currently one of the most awesome and versatile cameras. Beautiful, cinematic out of the box images and the new RAW hack makes it a valid tool for professional production. Some more info in the gear guide. The Canon EOS 7D has survived a long time and has always been a robust player among HDSLR shooters. While not loving up to the beauty of the 5D image it is a robust HDSLR. Unfortunately it shares the sensor with a bunch of newer and cheaper HDSLR’s like the T5i for example.
Some more info in the gear guide. The Canon T5i is an obvious possible choice if you’re on a budget and searching for a video DSLR. It’s more affordable than the 7D and has a flip out screen on top. Looking further down the ladder we could also recommend the older Canon T3i which will basically give you the same results in video for less money and there’s also a free sandisk card in there at the moment.
Review of the Canon EOS T5i HERE.
More info on video DSLR’s gear guide.