Kyle Hill is a science communicator based in Los Angeles. He was a host in the show Mythbusters: The Search and he has created a very successful Youtube channel called Because Science that went from 0 to around 1.3M subscriptions in only about 18 months. We asked Kyle if he has some advice for growing and maintaining an audience on Youtube. 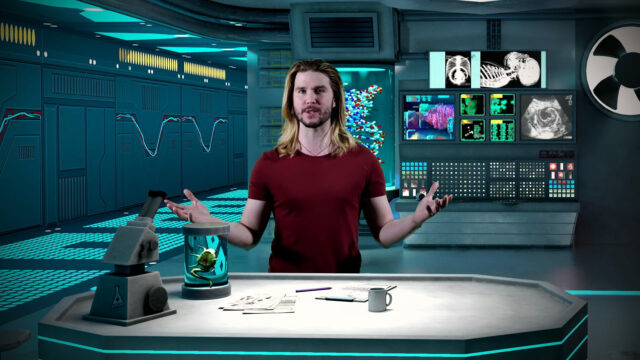 During our Virtual Show, we are not only doing interviews about filmmaking gear with the manufacturers. We also do interesting discussions with industry professionals and talented filmmakers. This time my colleague Graham Sheldon talked to his friend and successful Youtuber Kyle Hill.

Kyle Hill is a science communicator based in Los Angeles. In the past, he was the host in the show Mythbusters: The Search. He also created a Youtube channel called Because Science. This channel went from 0 subscriptions to around 1.3M subscriptions in only about 18 months.

He now has a new Youtube channel and a project called The Facility that combines everything that Kyle learned during the production of his previous channel. He said he watched other creators from channels that inspired him and wanted to build a world around his channel. He then created a special backdrop called the facility, where he gets to explain the science in his way.

One of Kyle’s advice is to be authentic and passionate about what you do. The audiences on Youtube can “smell” authenticity very well. People will immediately notice if you don’t know enough about the topic you are making a video about. On Youtube, and in the digital world in general, nobody is forcing you to do anything, so it is important to really focus on something you are truly passionate about. 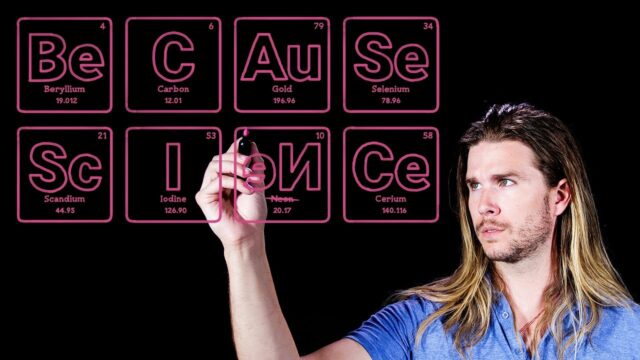 Another advice from Kyle when starting a Youtube channel is to get some experience in front of a camera first. In his words: “there is a difference between what you have to offer and how you get it out.” Communication is a skill and it is important to take it seriously, learn it, and plan it in order not to be boring and to attract the audience.

According to Kyle, one of the most notable differences between traditional media (like TV) production and Youtube production is the lack of manpower and the amount of freedom. Kyle compared his role in Mythbusters versus running his Youtube channels.

The freedom and being a one-man-production can be taken both as an advantage and disadvantage – while you don’t have the freedom to do what you want in traditional TV, on the other hand, you have people in the production to give you immediate feedback and help with fact-checking and other processes. With Youtube, you are alone for all this and sometimes it is a trial-and-error process.

Do you know Kyle’s Youtube channels? What do you think of his advice? Are you running your own Youtube channel? Let us know in the comment section underneath the article.