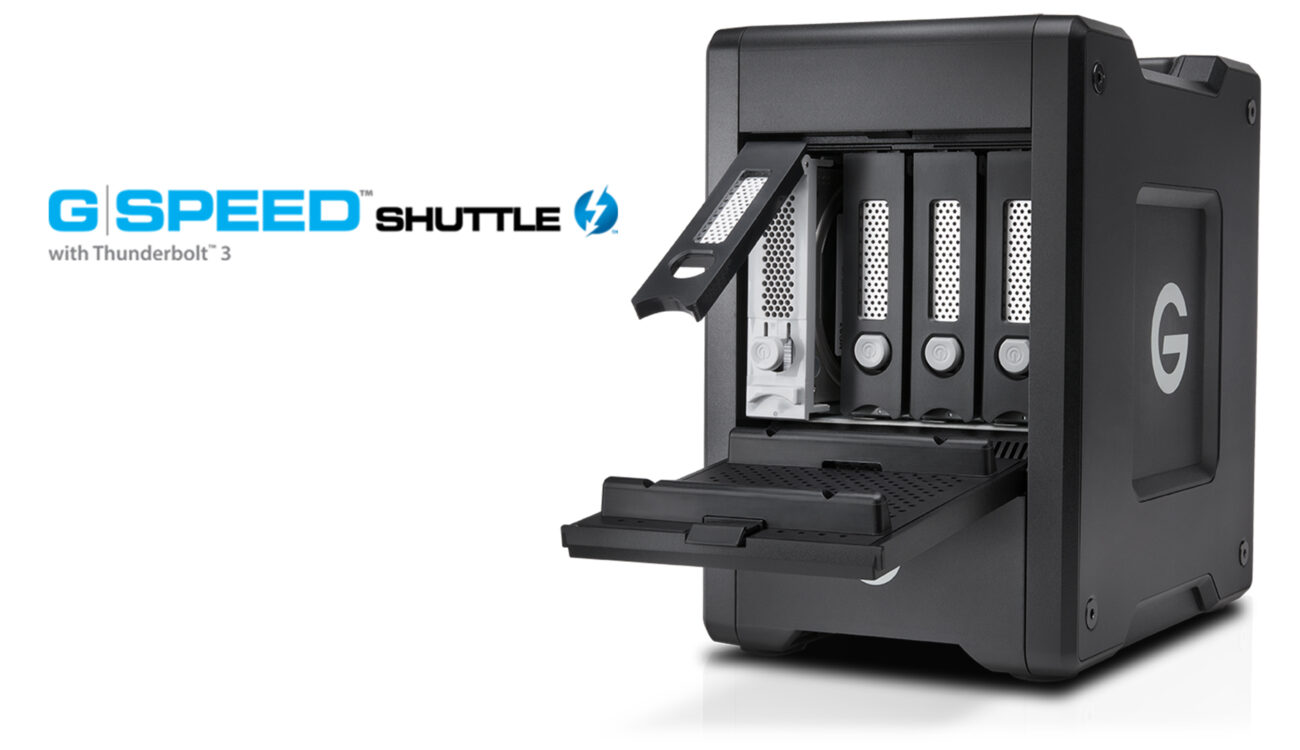 Filmmakers are always demanding fast, reliable and portable storage solutions for their projects. G-Technology has just revealed its approach to tackle this in the form of the new G-Speed Shuttle. Its smaller size and flexible design might just be what you’re looking for. 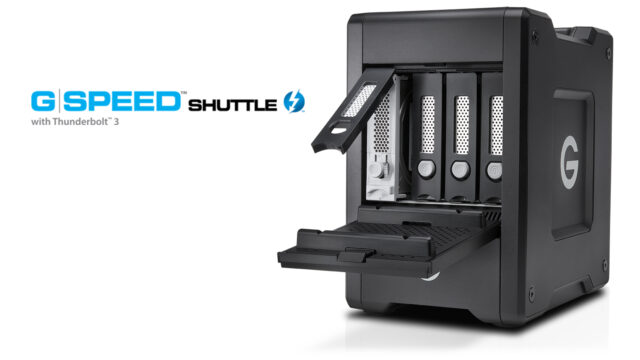 The new G-Speed Shuttle is only about half the size and weight of the former XL version. You can choose between either four hard drive enclosures or a mix of two HDDs and two EV Series bay adapters for plugging in portable EV Series SSDs or one of the available card reader modules.

The G-Speed Shuttle XL is a pretty impressive device. The question is: do you really need a giant 8-bay RAID with up to 96GB worth of storage while on a job? While the answer might be “yes” if you’re a professional DIT, I don’t really know if the rest of us could call that giant box “portable”. 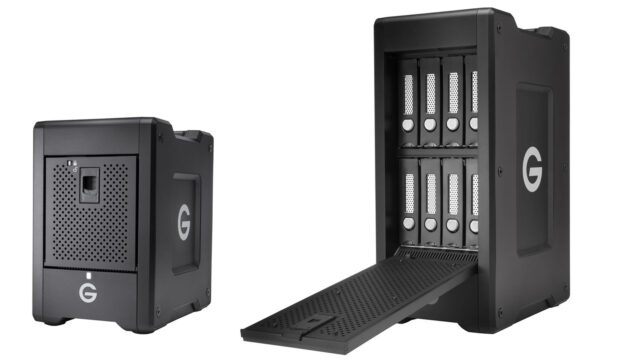 G-Technology probably came to the same conclusion, as it has now announced a smaller version. Doing away with four bays from the XL and about half its height, the result is a more compact and lightweight form factor: the G-Speed Shuttle is 26.7 cm high and weighs 7.3 kg (16 lbs), a lot less than the 39.9 cm (15.7″) and 14.5 kg (32 lbs) of the XL version.

Watch the video below for a full introduction:

The G-Speed Shuttle seems to be much more portable than its XL sibling, while still offering the same features. It comes with RAID 5 enabled as standard (RAID 0 when choosing the EV bay adapter version) but also supports hardware RAID levels 1 and 10. Head over to Wikipedia for a quick refresher on RAID levels. The Shuttle can take either four full-size HDDs with a total capacity of up to 48TB, or a mix of two HDDs and two EV Series bay adapters. With these you can add different card readers to the G-Speed Shuttle, such as for RED MINI-MAGs or CFast 2.0. 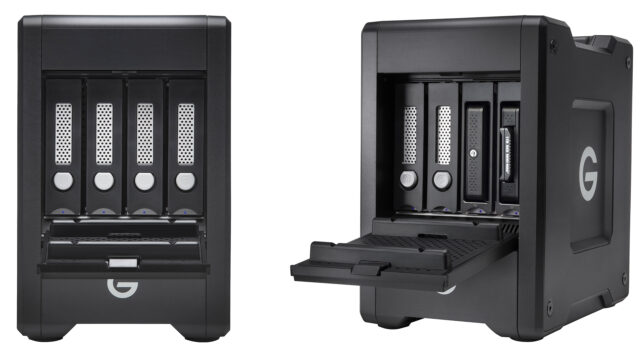 You could also add a bay for the EV Series SSDs – that way you can have it all: a 2-bay RAID, a portable drive and a card reader of choice, all in one neat package. Import footage through the card reader right there on set. Copy the files over to both the RAID and the SSD and you’re all set. The SSD can rush into post, the RAID will hold a safe backup and the card reader is ready for the next media flying in.

In its 4-bay HDD configuration, the G-Speed Shuttle can hold up to 48TB of storage using four identical 12TB 7200RPM drives, offering transfer speeds of up to 1ooo MB/s. When opting for the EV Series bay adapter version, the maximum capacity drops to 24TB, again with 12TB HDDs, and transfer speeds drop to up to 500MB/s. Either way, the unit is equipped with two Thunderbolt 3 ports, ready for daisy chaining. 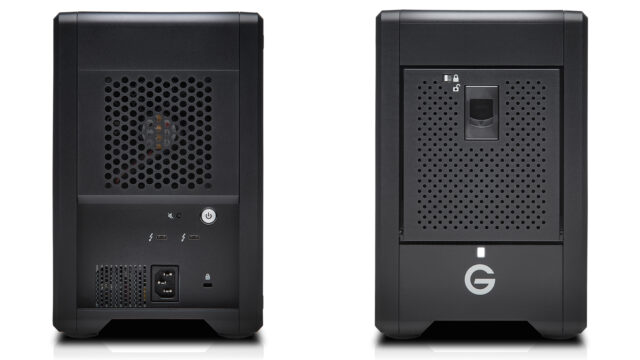 That’s a lot of speed, making it possible to edit multiple 4K streams or even 8K on your laptop in the field. The unit itself offers a portable design with a built-in handgrip on top, so your next trip to a remote location won’t be that bad – although you still need a power outlet of some sort…

Do you think this smaller version might find its way onto your desk? Share your thoughts in the comments below.