As Canon’s flagship cinema camera, the C700, announced in late 2016, has already gone through quite the evolution in a short period of time. Beyond the new C700 Full Frame, the C700 also comes in Super 35mm and Super 35mm Global Shutter varieties. We’ve covered the other versions elsewhere, so let’s stick to the full frame here. Also, the Canon cinema prime line is now one lens larger in the form of a T1.5 20mm. More on that below: 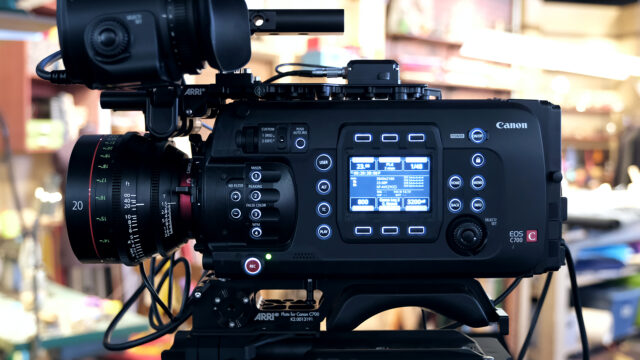 The cinema full frame world has become a crowded place lately and Canon’s jump into full frame wasn’t necessarily a surprise, though it is good to see such a respected manufacturer make the jump.

First, let’s talk price (which is getting a little complicated) – the C700 Full Frame is listed for $33,000 and the C700 Super 35mm version is listed at $28,000 — both for the base package. The global shutter version (called simply the C700 GS in many listings) lands somewhere in the middle at $30,000. I’d imagine many owner operators or rental houses would jump straight to the Full Frame version given the closeness of the pricing, but the global shutter certainly has its advantages (most notably the reduction of moire).

Peter Marr from Canon Burbank was nice enough to show me around the C700 Full Frame. Visibly the camera shows no outward signs of necessarily being a new camera, so if you liked the body style of the other versions, you’ll still like it here. As they say with a nice car, it’s about what’s under the hood. 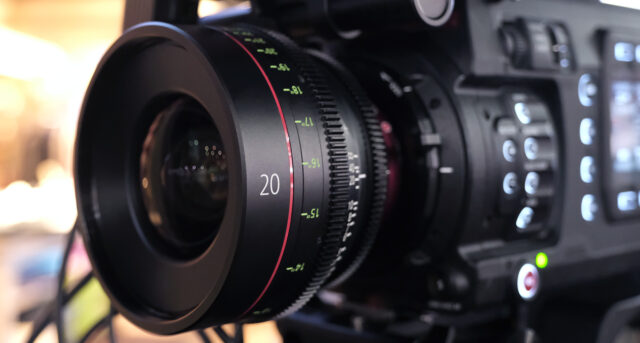 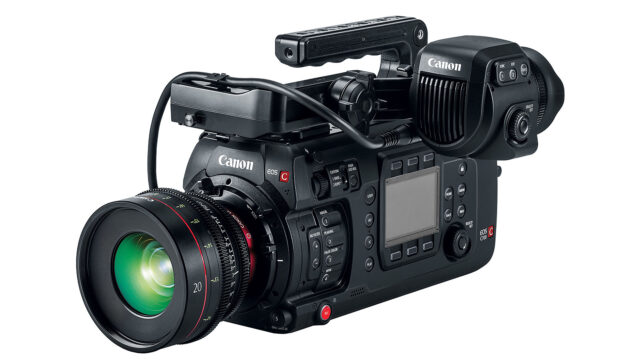 To unlock the full potential of the C700 Full Frame, you’ll want to add a codex external recorder to your kit. The recorder mounts directly to the rear of the camera and makes raw shooting a reality. Without the recorder you’re limited to a still impressive XF-AVC 4:2:2 10-Bit
4096 x 2160 at upto 60 fps in-camera. Step down to 2K and you can record internal XF-AVC 4:4:4 12-Bit to two CFast 2.0 slots.

The codex external recorder is not a cheap investment at $6,995.00 (not including storage SSDs), but in my mind it is an absolute necessity if you want to really put the C700 FF through its paces. I’ve always liked the image out of the C700 and the Full Frame version looks great in the booth, but we’ll need to get our hands on the camera to judge how the image holds up in the field.

The 20mm fills a gap between the 14mm and the 24mm bringing the Canon Cinema Prime set to a total of seven lenses. While the T-stop varies throughout the line, the 20mm covers full frame and lands at a very speedy T1.5. It makes sense to add a 20mm to the set and I’m told the price point will land somewhere in line with the other primes at roughly $4K.

The C700 line, with the addition of full frame, is absolutely headed in the right direction and it may yet prove a worthy competitor to the other players in the high end cinema camera segment. Hollywood is a tricky place to break into, for DP’s and cinema cameras alike, but Canon has demonstrated their willingness to continue to innovate on the cinema side and that’s great to see.

What do you think of the new C700 Full Frame Cinema Camera? Comment below!