The Kinefinity Mavo landed at NAB and we were there to go hands on with the new cinema focused camera. 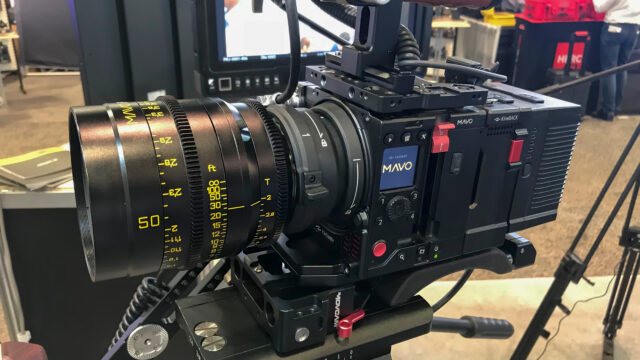 Footage Note: The footage in the above video was shot at ProRes 4:2:2 HQ at NAB by the Kinefinity team. We’ve done some light grading within lumetri in Adobe Premiere. Our editor, Thierry Denis, manipulated the 5K footage and it was downgraded to HD before uploading to our YouTube.

Replacing the Terra as the top of the line Kinefinity Camera, the Mavo shoots 6K at up-to 66 fps and 4K at a max of 100fps with a promised 14 stops of dynamic range. Beyond ProRes444XQ and ProRes444, you can now shoot compressed CinemaDNG RAW in the camera at different compression ratios (3:1, 5:1 to 7:1).

The camera feels great to the touch and has a body style reminiscent of a smaller RED camera. I had a chance to mess around in the menu and the UI could use some improvement in my opinion and I personally found the external buttons to be a little confusing coming from a ARRI, RED, Sony and Canon world. That being said, the company provided footage really does look great and for a price point of $7,999.00 I’m certainly willing to overlook a few drawbacks here and there. 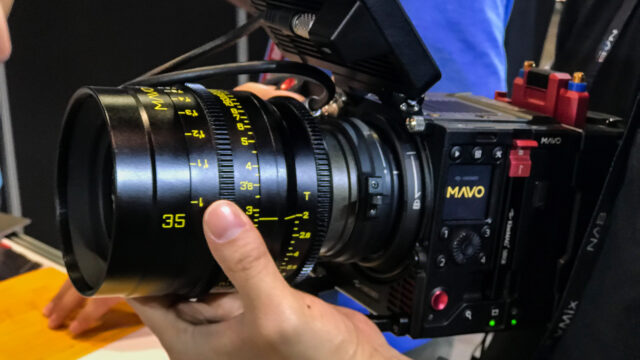 It is worth pointing out that by the time you’ve outfitted your Mavo to be a useable package you’ll be spending closer to $13,999.00. Pricing breakdown from the manufacturer is HERE.

Notably, the Mavo lacks the dual native ISO of its predecessor.  The 800 ISO base of the Mavo suggests it may have a disadvantage in low light when compared to the Terra, but we’ll need to get our hands on the camera to confirm that. A large format version of the Mavo (Mavo LF) was also on display at NAB, but the camera has no price and isn’t expected to ship until Q4 of this year.

I’ve been a little hesitant about the Kinefinity line in the past, but the price and look of the camera is hard to ignore. Half of the battle for cameras trying to gain market share in the professional commercial and film world is reliability and we’ll see how truly rugged the Mavo is over the coming months.

More information on the Kinefinity Mavo including a full spec list is HERE.