In this episode of cinema5D ON THE GO, we meet high-octane automotive director Avi Cohen, and discuss his work on the famous car show Top Gear. 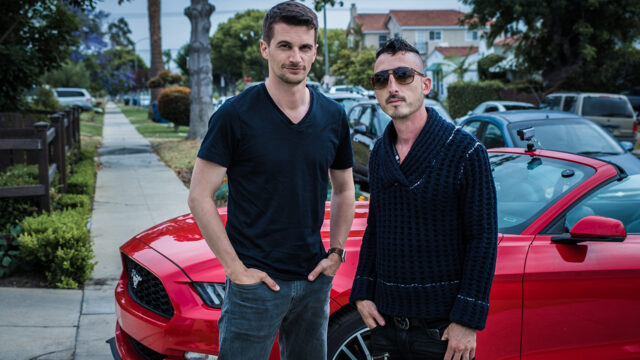 With a portfolio of work focusing mostly on automobiles, we knew that fast cars were nothing new to Avi Cohen — we were sure he was going to feel right at home in our ON THE GO Mustang.

Avi’s is the kind of life story many out there would envy. With a late start in filmmaking in his mid-20’s in San Francisco while taking a few film classes in community college, he experienced an instant connection and understanding of the visual language.

After moving to Los Angeles, Avi Cohen picked up a Sony EX1 to shoot content that he found interesting in order to put together a reel. Not having the usual network of actors, directors and other contacts that film school offers, Avi’s subjects consisted mostly of skaters, dirt bike riders and snails.

However, it was during this experimental stage that he honed his skills in shooting cars and developed his own vision, which eventually landed him a role as a guest director on Top Gear. Check out the trailer for the upcoming season below!

Avi Cohen also tells us about the work dynamics of shooting Top Gear, his interaction with the other creatives on the show, and how it all comes together.

Stay tuned for the second half of our chat with director Avi Cohen! In the meantime, head over to Avi’s website to see more of his work.