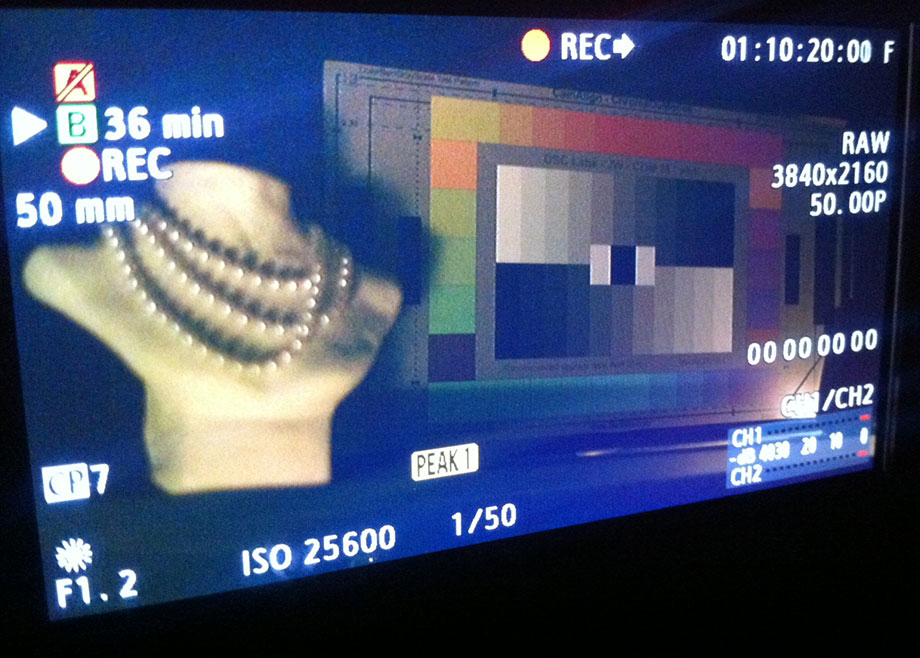 Canon recently announced that they would release a major firmware upgrade for the popular C series line of their cameras ( Canon C100 / C300 / C500) which would (among other things – read our detailed article here -) would unlock higher ISO values of up to ISO 80,000. So far, the camera topped out at a whopping ISO 20000.

I have snuck a CF card into a Canon C500 on Canon’s IBC 2013 booth, where they have set up a dark room to demonstrate the high ISO’s. Of course they are hard to judge on the small screen and with Vimeo compression, so please head over to the Vimeo page and download the original ProRes footage via the Vimeo download link.

Personally, I think this can be useful in extreme circumstances for documentary purposes, but of course these high ISO’s come at a price of highly noisy images – although it has to be said that the noise pattern is surprisingly even compared to the noise pattern we have gotten used to from older DSLR models. And that also means that it can be de-noised more easily (to a degree). In the end, it comes down to either getting a shot or not getting it at all.

In the 2012 short film “Homophobia”, I have shot one scene at ISO 12,500 and even 20,000 on the Canon C300 simply because the daylight was disappearing quickly and there was no way we could reshoot the winter scene in the snow on another day, let alone light it to make it look like tusk. The scene shot at ISO 20,000 is around 09:00 in the short film – check it out, it’s come out remarkably clean after minor de-noising, and it really doesn’t stick out. With the bare eye it was almost impossible to see where you were walking, the camera already saw more with ISO 20,000. So it will be interesting to see where people will successfully use the ISO 80,000 … Here’s another test by SilvaStreet showing the ISO performance of the C100: