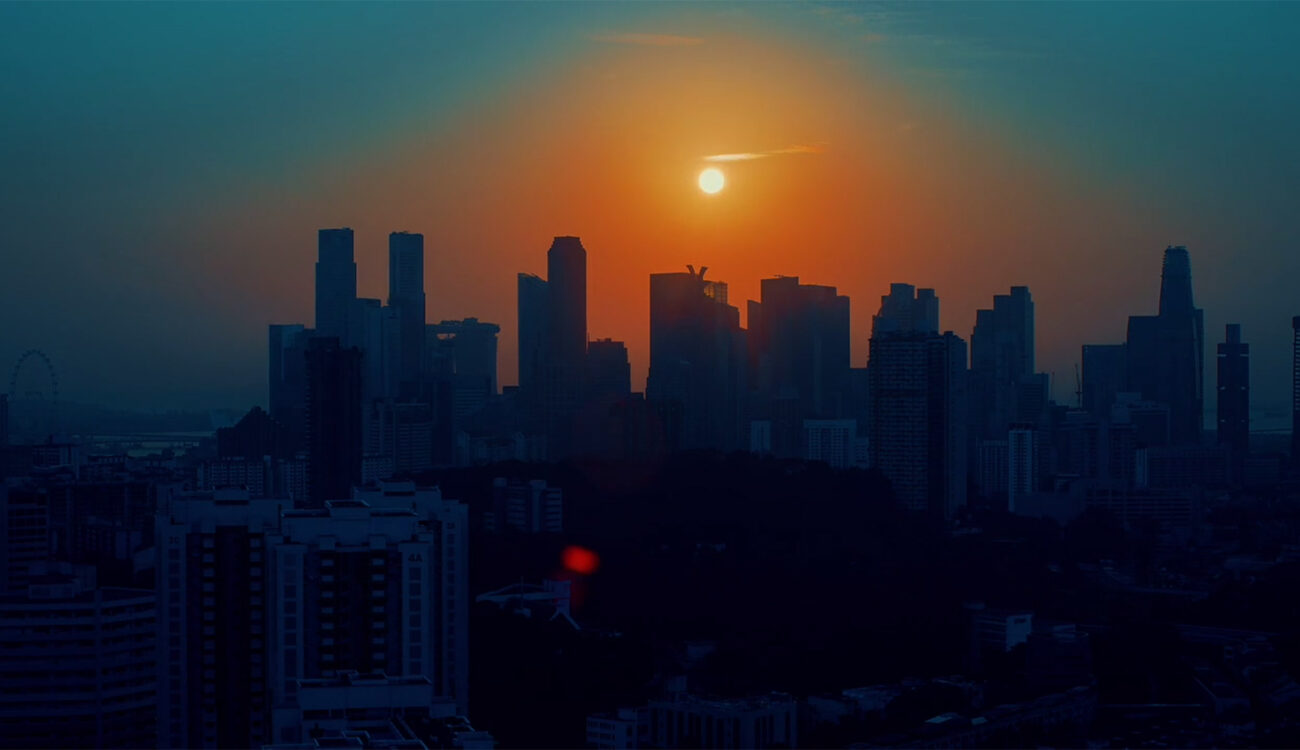 Unless you’ve been hiding from the Internet recently, you’ll have noticed that Keith Loutit is back, and he’s done it again. Lion City II is a piece of timelapse mastery, a homage to the fast developing city of Singapore and the people living in it.

If you haven’t heard of seen any of Keith’s work, I suggest checking out his website and Vimeo page. He’s a corner pin of the tilt-shift timelapse filmmaking movement, with movies such as The Lion City offering up an incredibly unique perspective on storytelling through timelapse photography. 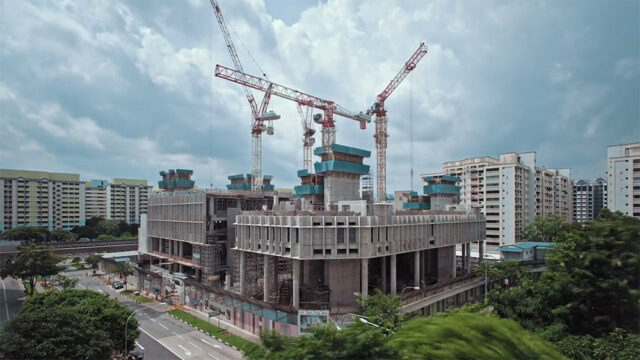 Congratulations on an amazing piece in Lion City II. How long did this project take?

Thanks very much! The project took over 3 years in total. Much of the early days were spent scouting and development work.

There’s so much that goes into something like this aside from actually shooting. Lots of planning and establishing a style through story and technique.

Since your work has grown in popularity, so has the genre of timelapse/tilt shift/hyperlapse filming. Has this made things more difficult to make original and compelling content?

It has actually been the best thing for me. Once the market became saturated, it really forced me to not rest on my laurels and made me think more creatively.

I still have the same goals I want to achieve, I’ve just had to change the technique. In order to create that sense of otherworldliness, to make people see things in a different way, things have to be new and unique. 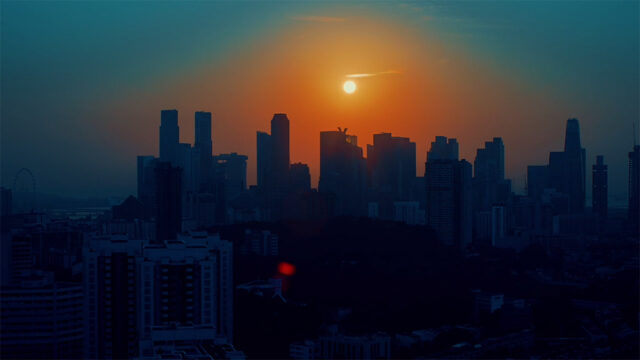 How do you go about planning a project like this? Was there initially a type of technique you wanted to use? What aspect of the film came first?

For me, story always comes first. Singapore is a fantastic place and has been my home for over 12 years, and is a city that is developing so fast. The premise of Lion City II (the film is set exclusively in Singapore) lent itself nicely to change and growth, but it would have been meaningless if I hadn’t referenced the people of the city also.

There’s actually a really cool analogy that relates to what I was going for, and it is that of the elephant and mouse. They’re unaware of each other’s existence because they perceive time differently.

That said, this particular project did have some help from a technical point. I was doing some commercial construction work and one wide shot just stood out to me. I decided to try and match it up with a few other shots and the technical aspect of this aligned with my initial feelings of wanting to make another Singapore based project.

That was the initial idea, people moving around a city and the city is growing around them. The technical side of things comes second: once the story is there, it’s just a case of working out the best way to capture it technically. 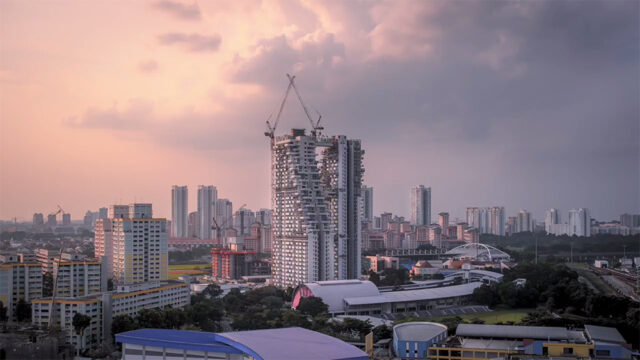 There are some mighty impressive hyperlapse shots in Lion City II. Can you tell us how you achieved these?

They’re a bit of a trade secret! It’s much more organic and simple than some would think, and 90% of shots are just me with a camera and tripod. I use the same system for aligning repeat construction shots that I do for hyperlapses.

The vertical shot involved physically climbing a 40-story building floor by floor and shooting through a window, but I can’t tell you much more. People like my films because their unique, so I like to respect that.

And what about the developing construction shots, can you tell us a little bit about these?

Yeah, these were a result of revisiting the same locations repeatedly over a few years. It was a great experience for learning the speeds of certain types of projects; commercial buildings develop at much different speeds than, say, residential buildings.

To capture these, I did look at permanent camera solutions, WiFi-enabled devices and so on. But I found a workflow I was happy with that enabled me to take the camera away with me. It took more time and effort than other methods, but that’s something I had plenty of for this project.

The system I’ve developed enables me to achieve the exact same framing of a shot from the same spot, whether it’s 15 seconds after the initial image or 3 years. It’s fast too: under the right circumstances I can to be in and out of a location in 10 minutes. 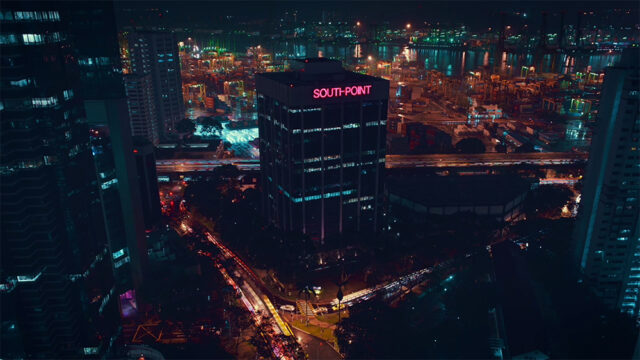 You get some great vantage points for your frames. How do you go about achieving these?

When you’re scouting a location, you’re actually scouting two main things: what the shot will be of and where your vantage point will be.

Fortunately, there is a lot of public housing in Singapore, so many of the view points were readily accessible.  For some construction sites there was a bit of negotiating with nearby towering building blocks so that I could get access and film from there.

On top of that, you then have to work out best time to shoot. Initial testing had some horrific results.

Singapore resides close to the Equator, meaning that for half of the year the sun will position itself in the Southern Hemisphere, and the other half in the Northern Hemisphere.

Initial tests showed discrepancies in the weather that would just ruin shots, so I had to revisit locations at the right time. Also, the wet season didn’t help: I like to shoot with nice blue skies as a personal preference, but in the wet season you’re likely to get stormy weather around 2pm . 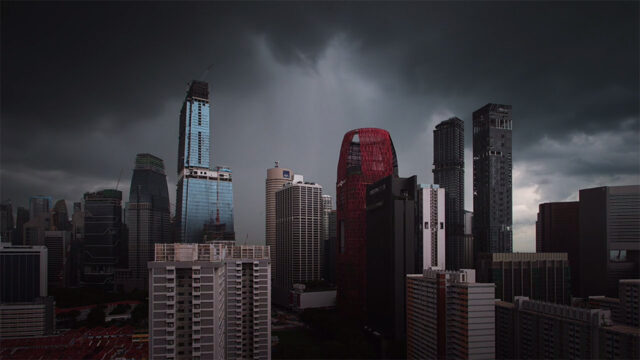 So there was a strict amount of planning and scheduling for each shot?

Oh, yes! I’d map the movements of the sun at every location, note the weather changes and set a schedule with windows of time during which I could revisit a location to get the right look that combined construction development, sun direction and weather.

It was quite a task keeping up with all schedules; there were times when I’d have up to 30 going at the same time!

I actually lost a few shots through the Indonesia forest fires. We had long spells of hazy weather sweep into Singapore, and it meant I was unable to reach certain locations. That was a shame. 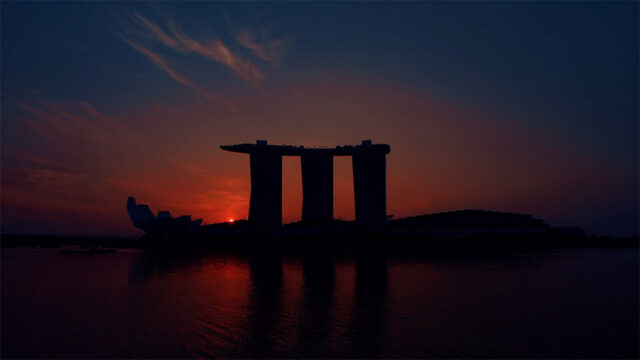 What was your camera setup of choice?

I still use relatively lightweight setups. I shoot on the Nikon D4 with old manual Nikon and Zeiss lenses, Gitzo series 5 tripod, Lee Filters and a cheap wireless trigger to eliminate camera shake.

Can you tell me about why you chose the Nikon D4 and old manual lenses?

I used to shoot on 4 Nikon D3 bodies, but with the amount of shutter actuations I generate, I was regularly breaking the shutter. Even after forming a good working relationship with Nikon in order to get them fixed quickly, it was still down time I couldn’t afford to have.

So, the Nikon D4 was an obvious choice with the durable Kevlar/carbon fibre shutter.

I shoot on old AI and AIS Nikon, as well old Zeiss manual primes as I like to have the aperture diaphragm pins removed so that I can completely eliminate aperture twitches during my timelapses.

These old primes have worked well for me, they’re relatively cheap and easy to get hold of, as well as modify and fix or replace if they go wrong in the field. 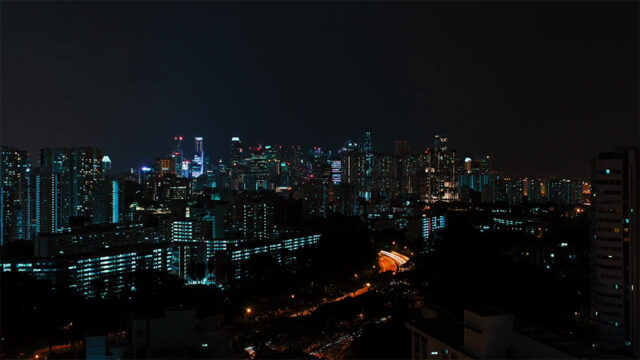 Talk me through the post production, there must be a lot of data and edit time?

The project was over 10TB of data. I wanted a reliable backup system and one that was easy to catalogue.

I used a G-Technology G-Studio for local backup, and due to the fast upload speeds (1GB up and down) here in Singapore, I was able to zip everything up and back it up on the cloud service Google Drive.

This meant my project was backed up on separate servers and I could access it remotely.

And due ti Google’s search engines, it was actually much easier to search for my files than it was on my local drives. I would date and keyword everything before uploading so that it was easy to find at a later date.

Were you editing your clips as they were happening? What was your workflow for them?

Yes. If I had left all the editing until after all the filming, it would’ve added another year to the entire process.

It was very much a progressive project. The same can be said about the soundtrack: Michael (composer) and I were in touch throughout the project on how the final piece would sound.

Back to the workflow, I processed as I went, harmonizing the footage (aligning footage and correcting the grade), and mastering the DPX files in DaVinci Resolve. 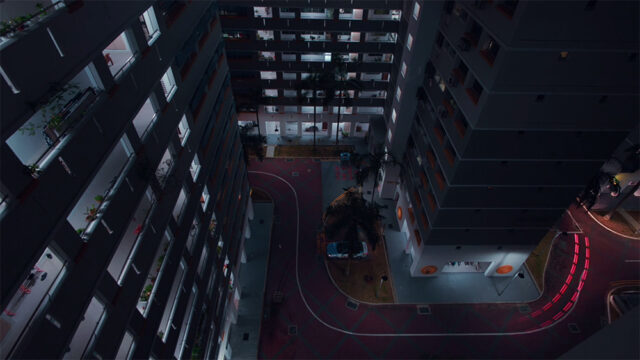 That’s great, and lastly can you offer any advice for filmmakers looking to develop in timelapse filmmaking?

I’ll go back to what I said at the start, and that is to put story first. I’ve always been one to never give out technical advice as there’s so much content on the Internet nowadays that already provides this.

Get your story right first, the rest will follow. If something unique appeals to you, it’s likely to appeal to somebody else.

Great advice, what’s next for you?

I have a few things in the pipeline, but there’s still so much content from this project. Only 25% of my construction filming was used for the final piece and it looks fantastic slowed down, so I’m considering an exhibition to further present this.