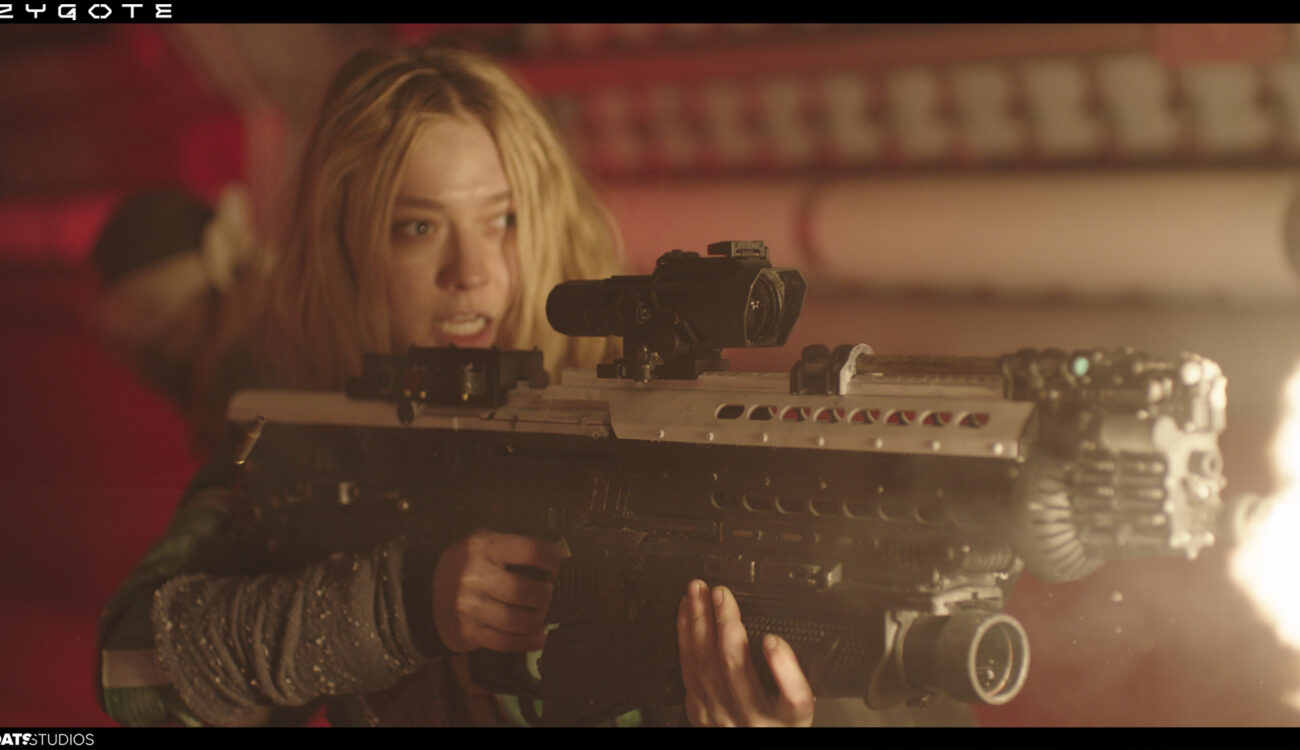 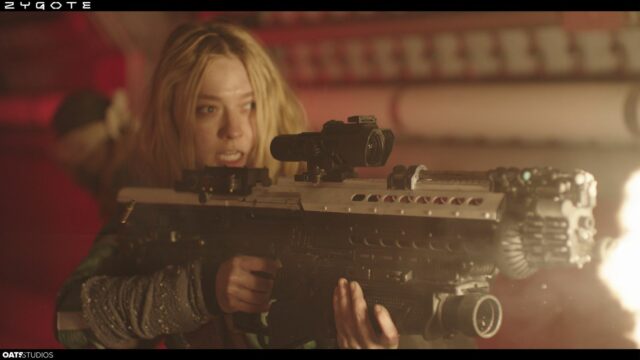 Short films are tricky to monetize. The runtime makes them less than ideal for distribution, so that leads most to the festival route. The short film festival circuit often serves more as a stepping stone to longer-form content or a platform from which to experiment technically and creatively, as opposed to a destination in itself for filmmakers. Others use shorts as a proof of concept for both the creative and technical components of their stories, as in: “Please give me all your money to develop my short into a feature,” AND/OR “You can trust me to get this competently made,”  AND/OR “People like this story; just check out the number of likes.”

Yet, it should not be counted out that shorts are more than just a stepping stone. They are absolutely an art in themselves… an art that is painfully saturated. But you SWEAR you’re the grain and not the chaff, so what’s the path for you?

Like writers, most filmmakers have distances. Some can sprint and run cross-country, but if we’re honest, we all usually have one event in which we are prime to medal. In the past, if you were a filmmaker whose sweet spot was in shorts, you really only had a few options to exploit your talents and make a living: commercials, music videos, and maybe – if you were lucky – you got in early with sites like BuzzFeed or The Onion before web parody became the competitive marketplace it is today. The path to monetization was (and is) a narrow one, and you had to be willing to throw elbows to make your way there.

That said, could we be coming to a point where that path is actually widening? Is there a place for your short out there in the webosphere where you aren’t rocking back and forth eating a Hot Pocket and praying for 4-digit viewership? If that place exists, how does one get there and how does one pay for it? Can shorts find a budget point where filmmakers can make a living on clicks alone? Let’s dig a little deeper to see if an upgrade in handheld cuisine is in your future.

Look at Zygote creator Oats Studios’ YouTube channel which, as of publishing time, has 240,000 subscribers and total channel views of just over 10 million. A modest estimate from “YouTube Money Calculators” estimate earnings on 10 million views at somewhere in the realm of $35,000 total. This isn’t enough money to cover a short film with a crew of over 50 as was the case of Zygote, and much less an FX makeup department that looks like the one below: 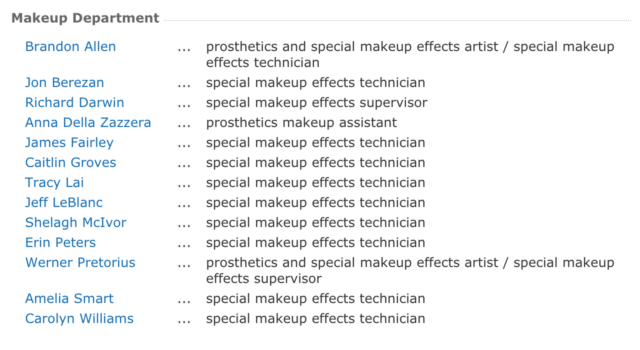 Makeup Department on Zygote according to IMDB. Image Credit: IMDB.com

Oats Studios isn’t depending fully on YouTube clicks for their monetization efforts. The studio has come up with another way to recoup production costs: for super fans of Zygote, you can go to Steam HERE and purchase everything from the script for the film to art assets.

While I love the ability to purchase and download character models and other assets from a film I’ve just watched, this seems like a tricky – though inventive – sell for the average YouTube viewer. The ability to buy Zygote art off of Steam would make the chance of a Zygote mod for games like Fallout 4 much more likely though.

It’s worth noting that Zygote director Neil Blomkamp hasn’t fully ironed out the monetization side of digital shorts, but that isn’t really his goal. He’s after the creative control they provide:

“They’re done exactly the way that I want; I don’t answer to anyone,” he explained in a recent  interview with ihorror.com “We built the studio in order to execute them. If eventually we scale up, we can figure out a way to monetize this. At that point, we’ll look at ideas that are coming into the company and see if we want to turn into more of a normal studio and work on other people’s ideas as well.”

What are you waiting for? Watch Zygote below (Content Warning):

I hear you out there:  THIS GUY HAS ALREADY DIRECTED FEATURES AND HAS MORE MONEY THAN ME.  Valid point, but you can still do everything he did on a smaller scale, learn from what’s working in the monetization, and apply.

Zygote may not be recouping its budget yet, but as a short film it’s remarkable. It has long a shelf life, meaning clicks and ad revenue for years to come. As the quality of freely-available YouTube narrative shorts like Zygote improve, the remaining barrier to monetizing shorts is the audience itself. 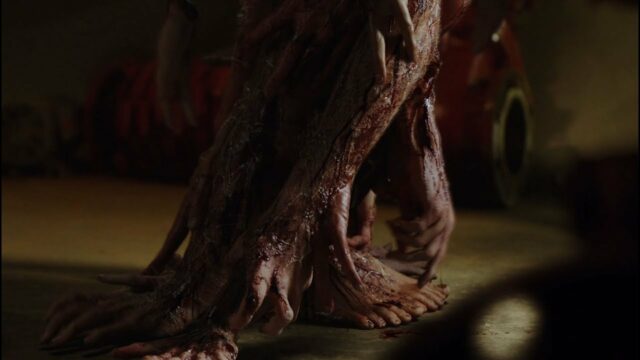 In many ways, the same issues with indie features plague the short film world. Discovery, or the ability for audiences to stumble upon your project, is elusive for both shorts and non-studio features alike. Places like Shortoftheweek.com, Blackpills.com and curated Vimeo narrative channels try to help with the visibility problem by pointing short-film lovers in the direction of the very best projects to hit the internet, but it still feels like striking gold when your short film breaks through the super saturated sea of content on whatever outlet and manages to catch an audience.

So… does an audience for your short film exist? Look at other films in the same category as yours on YouTube and see how they have performed. Take note of the type of marketing each team employed and gauge if those same types of campaigns might be a good fit for your project. This isn’t the sexy or even slightly fun part of the process for a filmmaker, but developing a market strategy and learning to assess which tactics made similar films sink or swim are necessary skills for career longevity. A little market research can go a long way.

Now is the time for these efforts. The slowly shrinking mainstream network audience discussion has been going on for a while, but the next generation of ticket holders is coming into maturity, and they are going to shake up the marketplace the same way that millennials have with streaming outlets.  More and more children have smart phones, meaning these kids already have more effect on viewership than previous generations ever did in their youths. Three of my four nephews are old enough to choose how they consume their entertainment, and I’d safely estimate that 90% of the content they watch is on YouTube. Their clicks and subscriptions determine whether or not you qualify as an influencer, which can translate into gear, sponsorship, and bigger budgets.

Now the question remains: when will this consumption drive bigger bucks toward short-film creators? I believe the answer is soon. Don’t be deterred by the prevalence of prosumer footage and ring lights on YouTube.  I’ve worked on more than one web series predestined for YouTube with budgets around $750,000 and full crews. Believe it or not, that’s already pretty standard, and the money is out there, although you may have to choose between clout and profitability. For example, many festivals that filmmakers target to garner prestige want your short to premiere during their screening, so you might have to make a choice between monetization and the festival circuit. You might also have to cast or work with someone who already has more of an audience than you do and sacrifice a bit of your art.

In the end, it all comes down to dollars. The target is striking a balance between a budget level that raises the overall quality of the short itself but is still low enough to fully recoup. Rather than saying, “How do I make this for as cheap as possible?” it might mean saving for a few more months to pull on a casting director or hire an actor that is outside your current price range. It might mean renting a better kit of lenses than you currently own to piggyback off the attention that a certain brand is getting (just think how many times you have wanted to see a particular set of lenses put to the test in a narrative setting). If we have learned anything from indie budgets is that smaller equals a better chance at profitability, but you have to spend your money wisely, so arm yourself with the best gear you can afford and surround yourself with talented people who enjoy hard work and wearing a few different hats. Then, get out there and start shooting your next short.

Short films may not yet be a money-maker in the league of longer-form entertainment, but the era of short film profitability is coming, and there’s no reason you shouldn’t be ahead of the trend.

What are the areas where you’ve found obstacles or success in your short-film making efforts? Share below!