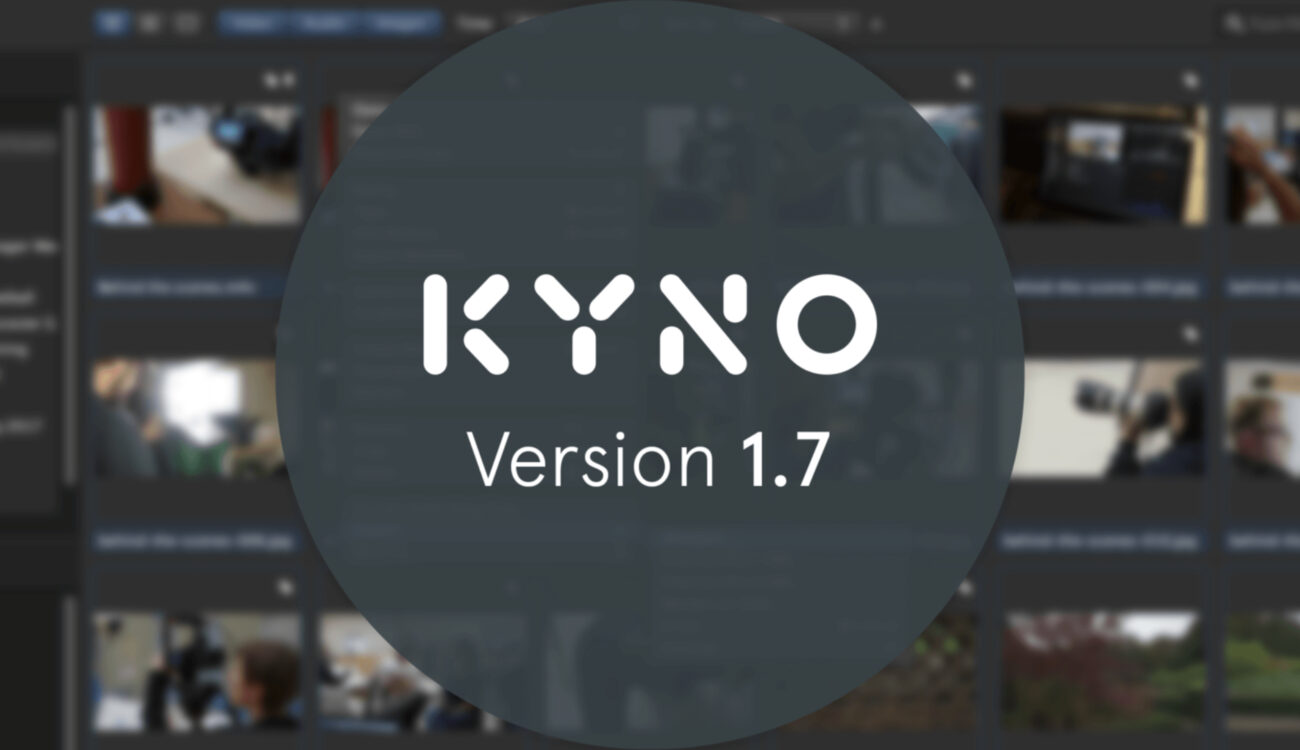 For the second time this year, Lesspain Software releases a new version of their popular asset management and review tool, Kyno. Version 1.7 adds support for extended metadata workflows as well as ProRes export on Windows machines. There’s more, of course, so let’s dive in! 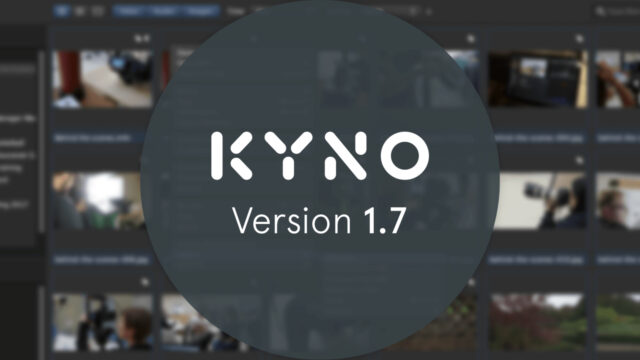 Kyno is a simple, yet powerful media management tool for both Mac and Windows machines. It does not depend on a proprietary database but builds on your OS file system and adds metadata to that very file structure. Add any storage to your system, Kyno can handle it. With Kyno you can offload, browse, review, tag, log, organize, transcode, rewrap and export your footage. A one-stop-shop for all things media and it supports all the professional codecs of course (although you need the pricier Kyno Premium for some of the more advanced codecs and some other features – see below).

The new version 1.7 adds crucial features to the already impressive roster. Windows users now can export any flavor of ProRes to cater to ProRes workflows within their projects. Windows 7 or higher is required for this. For Mac users, this isn’t anything new but the next feature will be: The support for metadata has been significantly increased. Now you can send all metadata, including XMP based fields straight to your NLE of choice, such as Final Cut Pro or FCPX. Ratings, custom tags and everything else are available through the corresponding XMP file. Turning it around, you can export any custom metadata, such as annotations, markers, tags or keywords via XML straight to Kyno. The software will ask you which fields you want to merge with the existing set of metadata. This results in a very neat and organized library of media assets with consistent metadata throughout any project (and beyond that when archiving your assets).

Furthermore, you can paste metadata onto existing master clips. This is handy when proxy clips have been logged, and you want to merge the resulting metadata with the original master files. This works even if the (transcoded) proxy files come with a different file extension than the unaltered master files.

Yes, Apple has done it again. Some bridges have been burned with the latest OS and as a result, no 32-bit binary can be opened any longer. In particular, any media files which have been created using the Quicktime 32 framework won’t run on macOS 10.15 Catalina. But fear not, Kyno 1.7 can find these legacy assets and you can transcode them into something more future-proof. Interestingly this feature even works on macOS Catalina!

This feature is especially useful if you’re a FinalCut Pro X user since older versions of that NLE used to output Quicktime 32 based media assets. But please make sure that your app of choice is being supported by Catalina before upgrading to this OS. Since it is dropping support for all things 32-bit some apps may be broken after upgrading.

Other Features for Kyno 1.7

HEVC is here to stay. More and more cameras rely on this rather new codec, also known as h.265, as an acquisition format. Kyno is now able to tap into your operating systems hardware-acceleration for decoding (playback) HEVC footage on Mac and Windows and encoding (export) on Mac machines. Your computer needs the respective hardware for that, of course. 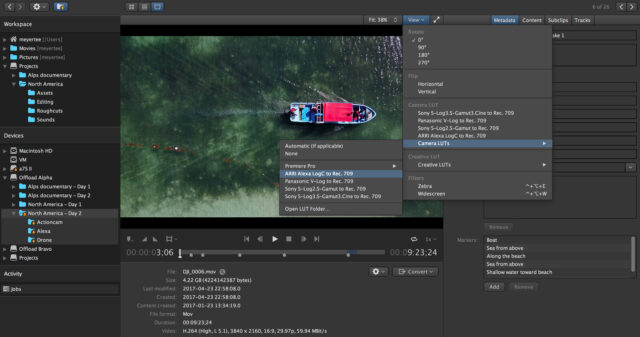 LUTs can be applied from within Kyno, too.

The drilldown feature is one of the most popular features within Kyno. With it you can click on a single parent folder and Kyno will relentlessly search for compatible media assets in that folder and all of its sub- and sub-sub-folders. With Kyno 1.7 you can finesse this feature even more: Filter for a certain folder name and Kyno will search for all media files within your desired folder (or drive) but only in folders with the name you specified. For example, you could select an external drive, enable drilldown and specify the folder name “dailies“. Each and every asset within all folders which are labeled “dailies” on that drive will pop up immediately. Neat! 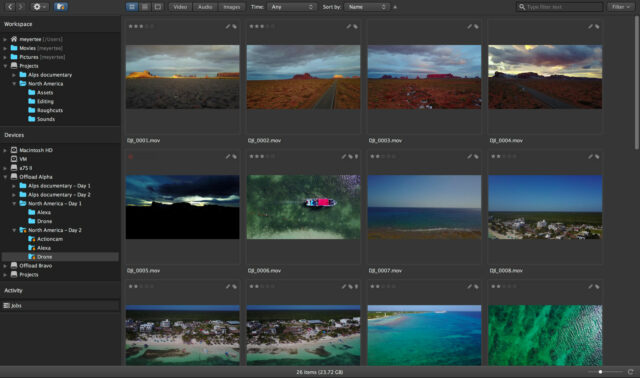 These new features are exclusive to the Premium edition:

There are two editions of Kyno, Standard and Premium (and Enterprise, but that’s not important for us here). Both editions share the same pricing structure, pay once and get a year worth of updates. There is no subscription, which is good! Kyno is €159 (including tax), updates for another year (aka “renew your license”) clocks in at €79. For the Premium edition, these prices translate to €349 for the license and €169 for another year. Note: you don’t have to pay for each year. Your version won’t get any updates after your license period ends but the version you’re on will still work as usual.

Do you use Kyno for managing your media assets? If not, do you use any other software solution for that matter? Share your thoughts in the comments below!