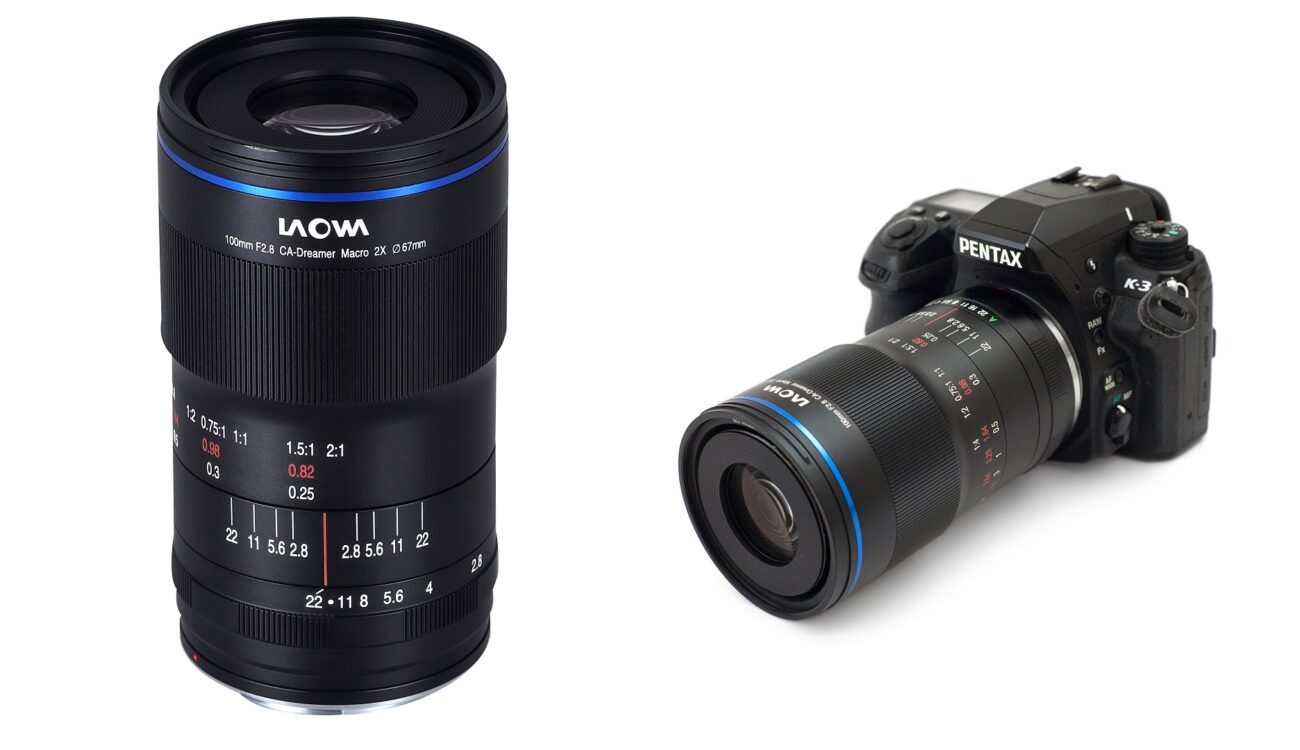 Chinese lens manufacturer Venus Optics has many interesting macro lenses in its Laowa-branded lineup. One of them is the full-frame Laowa 100mm f/2.8 2x Ultra Macro APO Lens. Originally launched back in May 2019, Venus Optics just added new lens mount options. Let’s take a short look at what exactly is new.

When it comes to this full-frame macro lens, the availability of the different versions for different lens mounts has not been very straightforward, so let’s break it down.

At the time of its launch in May 2019, there have been three models available. Two SLR lens mounts – Canon EF, and Nikon F – and one mirrorless mount – Sony FE. The Canon EF version is the only model to feature a CPU chip and motor for aperture control via the camera motor. This model, therefore, comes WITHOUT the manual aperture ring.

Now, Venus Optics adds two more models to round up the Laowa 100mm f/2.8 2x Ultra Macro APO family – Pentax K and Canon EF mount model with a manual aperture ring. According to Venus Optics, the aperture ring on this lens is stepless (clickless) so it will be more suitable for video. Additionally, there are 13 aperture blades assembled in the manual aperture version (versus 9 in the automatic aperture version) which should produce more pleasing bokeh.

We wrote already multiple times about this lens, so I will only round up its most important characteristics here. You can, of course, read one of our older articles about this 2X macro lens (here or here) to see all the technical details.

According to Laowa, the lens was awarded the “Best DSLR Macro Lens” in TIPA World Award 2020. It stands out with the maximum 2x magnification, an Apochromat (APO) design, and the ability to focus to infinity.

Both new versions of the Laowa 100mm f/2.8 2x Ultra Macro APO Lens are now available for purchase. The retail price for both models has been set to $449 which is on par with the other existing versions.

What do you think about the Laowa 100mm f/2.8 2x Ultra Macro APO Lens? Do you have experience working with this lens? Would you prefer this one or a different 100mm(-ish) macro lens? Why? Let us know in the comments below the article.