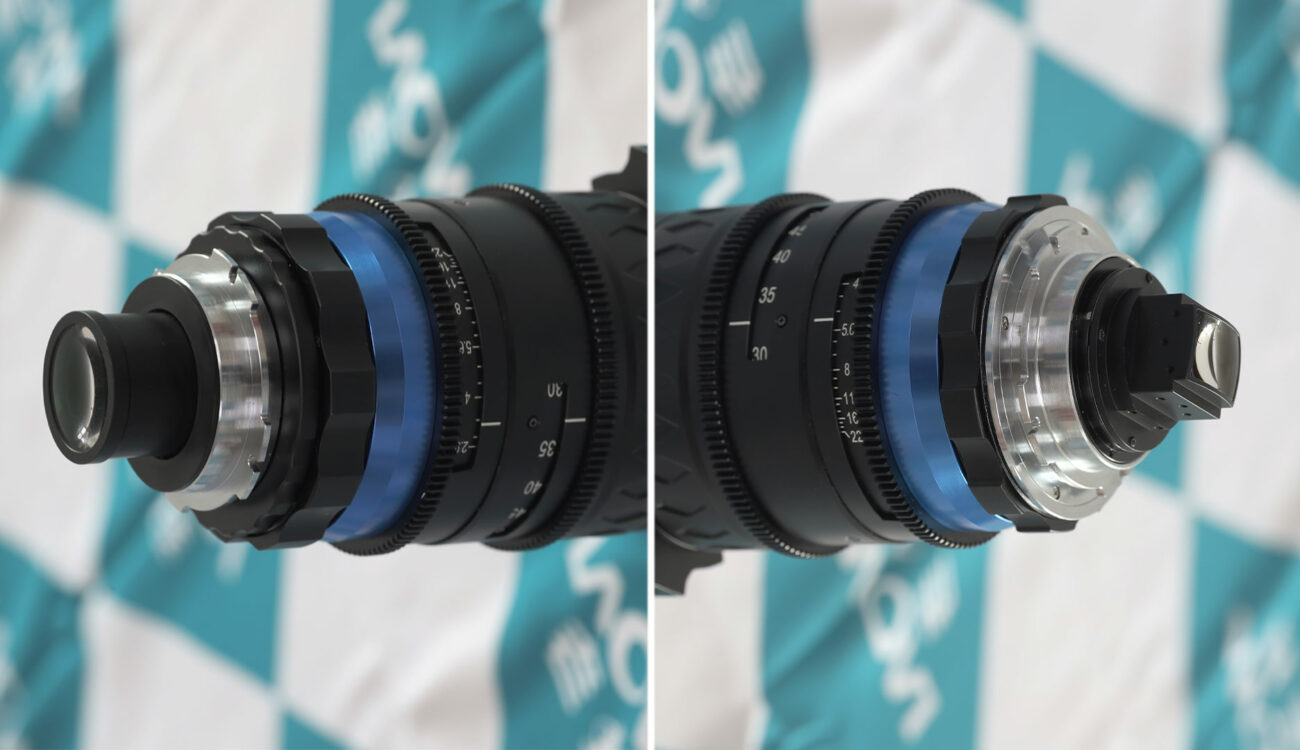 Venus Optics is teasing two new adapters for their upcoming Laowa OOOM 25-100mm T/2.9 cine zoom lens. One adapter is the 1.4x Expander, which expands the image circle to cover full frame sensors (with 1-stop light loss and focal length transformation to 35-140mm). The second adapter is 1.33x Rear anamorphic adapter, which creates 2:1 widescreen image (with 1/2-stop light loss). Both adapters are in the early prototype stage but should be affordable. 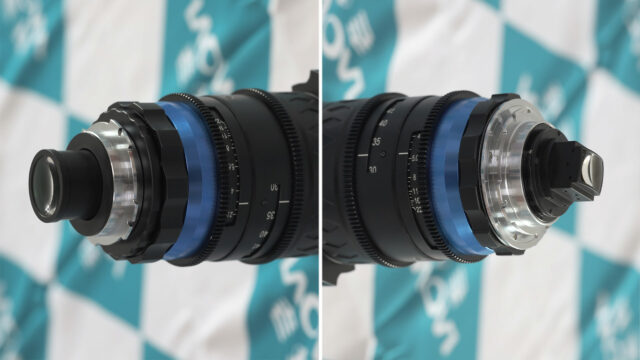 Venus Optics is a Chinese lens manufacturer producing unique manual lenses under the brand Laowa. Their first cine zoom lens Laowa OOOM (“out of our minds”) 25-100mm T/2.9 was first showcased as a prototype during Photokina 2018. Of course, we interviewed Laowa representatives during the show, tried the lens, and published a short video/article with few sample shots (link here).

During NAB 2019, Venus Optics showcased the Laowa OOOM cine lens for the first time in the USA and they also shared some new information about it. They announced that the available EF and PL mounts will be user-interchangeable and that the lens will be priced at $6,500.

The latest update regarding Laowa OOOM cine zoom contains information about two prototype adapters for this lens. What kind of adapters are those? 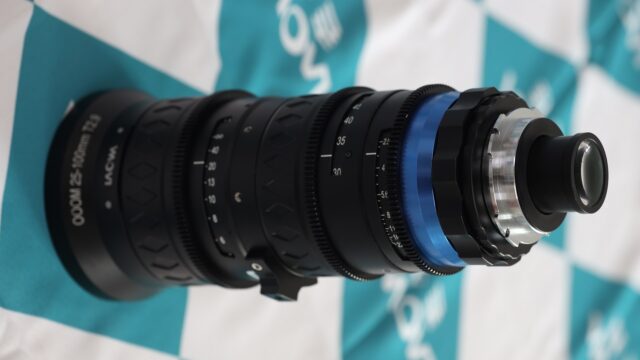 The first adapter is a 1.4x Expander. Similar to Tokina’s expander, it can expand the Super 35 image circle to cover a full-frame sensor. The Laowa expander has a smaller focal length multiplier of 1.4x (as opposed to Tokina’s 1.6x). Therefore, when matched with Laowa OOOM cine lens, the focal lengths will transform from 25-100mm to 35-140mm. 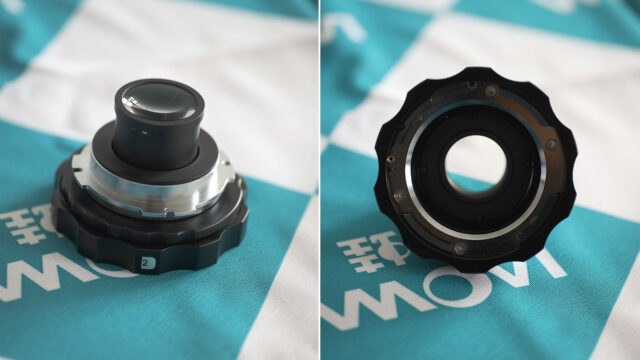 There will be a 1-stop light loss (in comparison – Tokina loses 1.36-stops of light). Interestingly, Laowa incoporated a mechanism on the zoom ring of the lens, which can easily switch the focal length marks on the lens without the need to do any physical modification. 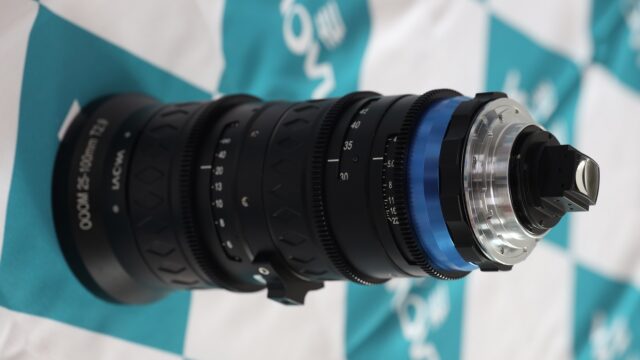 The second adapter is a 1.33x rear anamorphic adapter. It will be able to create a 2:1 wide screen squeeze but still retain the optical performance of the lens. There will be 1/2-stop light loss when using it. The anamorphic adapter can work with both Laowa OOOM 25-100mm T/2.9 cine lens as well as the upcoming Laowa 12mm T/2.9 Zero-D lens (launching soon). 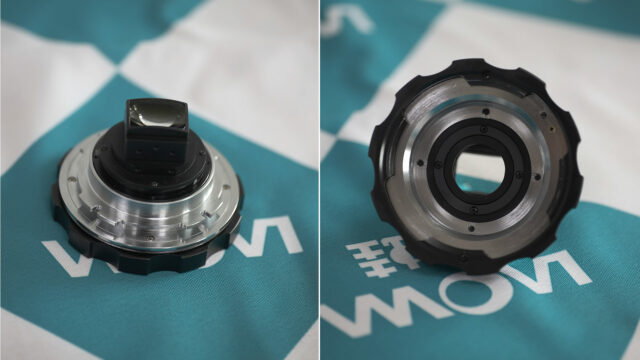 According to Laowa, the current adapter is still a very early prototype and they are still improving it. They are also researching the possibility to add some “character” to the adapter, like blue horizontal flares & oval bokeh known from the traditional anamorphic lenses and front anamorphic adapters. The installation of the adapter is simple – it simply mounts onto the lens like any other adapter. 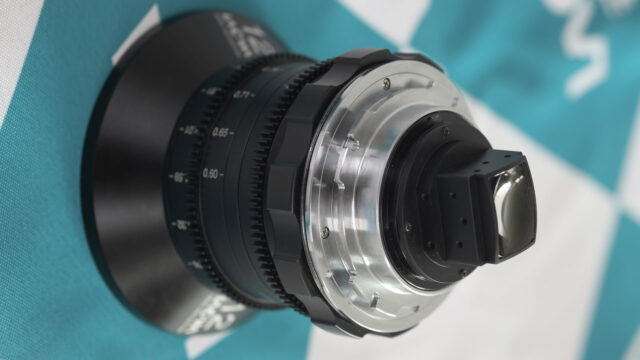 Laowa 1.33x anamorphic adapter with the yet to be released Laowa 12mm cine lens.

As both these adapters are now in the early prototype stage, Venus Optics could not share the exact pricing and availability yet. We were only told that they will be very affordable.

What do you think about the Laowa OOOM cine zoom lens? Are you planning to get the lens and pair it with one of these adapters? Let us know in the comments underneath the article.