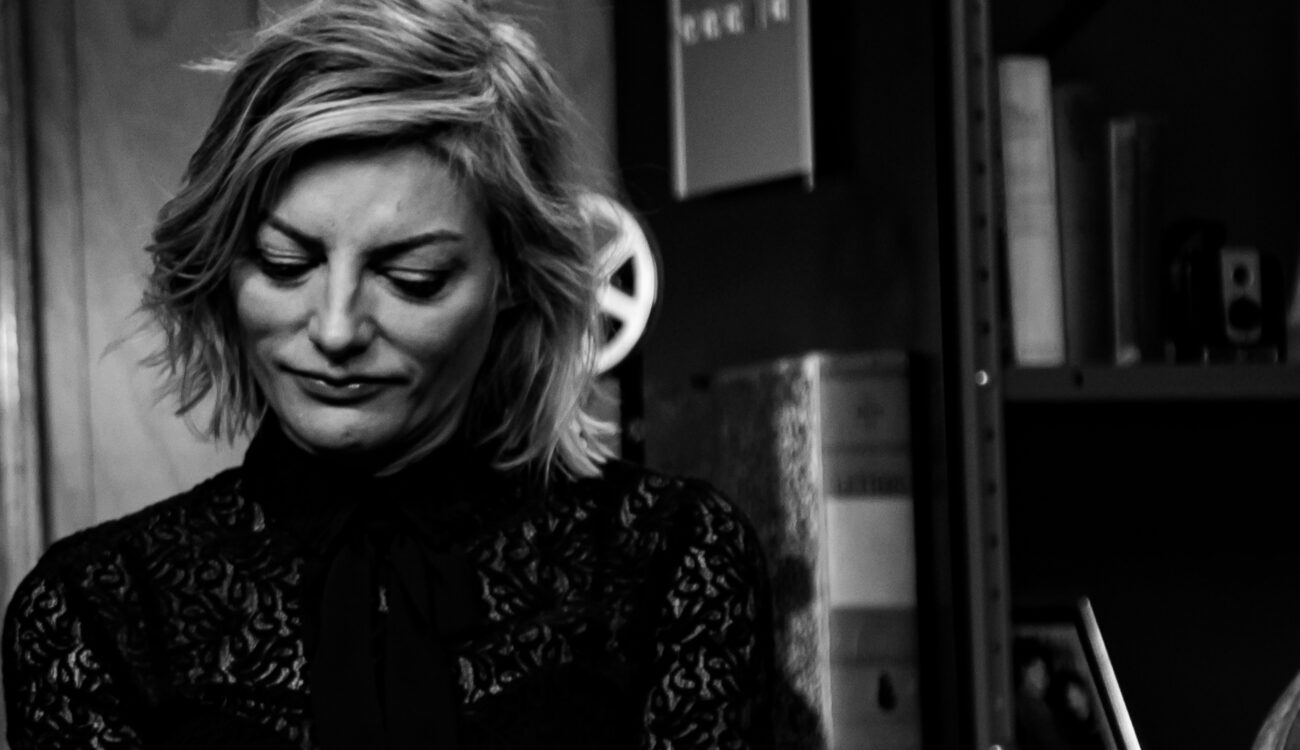 The “Lessons from Sundance” series will aim to capture kernels of wisdom from the producers, directors, cinematographers and panelists presenting here at Sundance. If you couldn’t be in Utah to enjoy the treasure trove of films, at least you can learn a little from the folks that got them there. In this lesson, we pull from three decorated documentary directors. 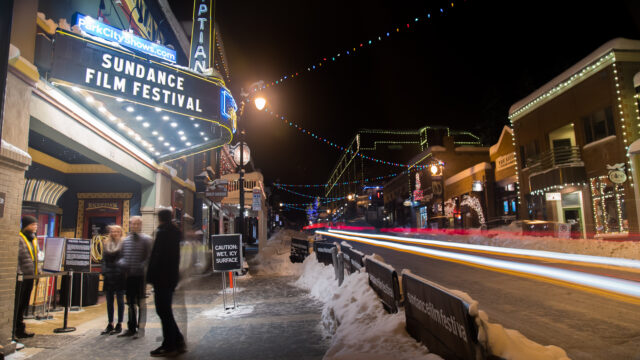 Oscar Nominated Director known for The Tsunami and the Cherry Blossom, The Lion’s Mouth Opens, and Wasteland.

Takeaway:  “Don’t let the material get ahead of you.”

“I don’t know anything about my subjects before I begin really, I just know that I have to drop everything and learn more”. The approaches to creating a documentary are as varied as the narratives in the non-fiction landscape. We know the fighting stance: camera in hand, batteries charged, lens wipes and NDs ready to run and gun. With the standard for spontaneity in documentary, there can be a certain amount of pressure from investors or elsewhere to do as much research as possible.

Walker finds it helpful to uncover as much as possible in production. Obviously, this pertains to the content that will become the ingredients for your edit, not the logistics of your shooting, such as permitting, clearance and safety that are still necessary legwork of preproduction. “There are so many variables: what we can film, what we can’t, what people have said before, what people haven’t, what we understand, and what we don’t”. Coming in with insatiable intrigue but general ignorance allows a presence of mind that aids in discovering the story in its current context and in avoidance of telling the story that has already been told. 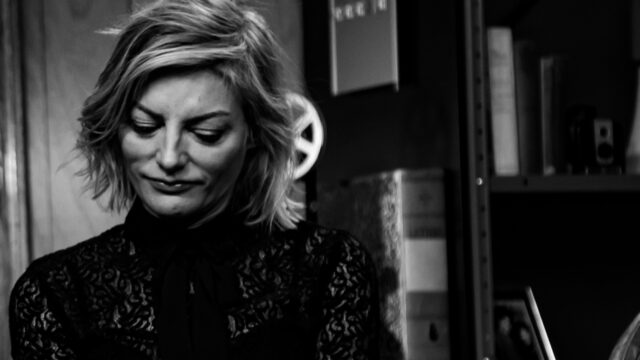 To facilitate her style, Walker keeps the crews “slim”, as she believes larger crews “interfere with the engagement”. Know what this means going in. Most of the time, that’s going to mean one filmmaker, one kit, and hours upon hours of labor without scheduled meal breaks and 12-hour turnarounds. If you need your hands steering the hips of everyone in the direction of your narrative conga line, this won’t work for you. You’re taking on the role of the observer, rather than saying ahead of time, “Okay, I need this subject to talk about his start in gardening, and then we’ll have him stand by that cactus while he’s talking about where the market for tomatoes is going”. You’re following leads, and that requires you to be flexible. Then, in post, you’re working your way through hundreds of hours of footage. There is no picture on the box, no blueprint you can reference; you’re building a mansion out of Lincoln Logs… on a steep hill. Yet, if you’re patient enough, the commitment to subject comfort and veritè should pay off. As someone who has edited a doc shot in this way, however, I would beseech you to keep a very detailed log for your editor.

“I try to make sure that what makes it into the film is just the tip of the iceberg in terms of all of the work I’ve done”. Walker tries to give the most distilled representation of the most illuminating parts of her relationship with the subject. The result is a substantial human being immortalized on the screen instead of a sound bite machine that fit really well into your 8 ten-hour days in Nova Scotia. 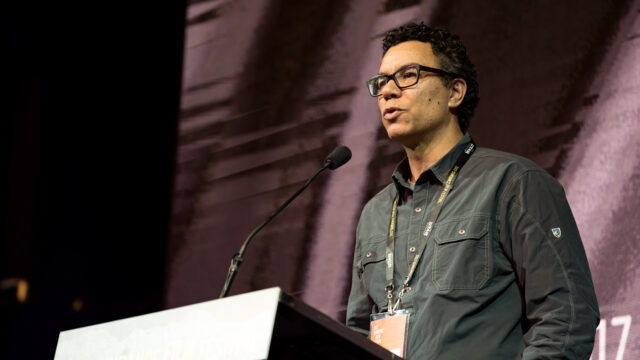 “Inevitably that will leave you behind, because the market changes so unpredictably, and making a film takes a long time”. When you try to recreate what was successful for someone else, you start out behind. A senior Sundance programmer echoed Nicks’ saying every year, in every category, they see films from those making films on trend, rather than telling the stories they are compelled to tell. Those films aren’t the ones that make it in. Nicks encourages filmmakers to key in on a story they are passionate about telling and then “constantly assess and reevaluate (their) goals”.

You might sit there reading that and think, “Easy for you to say, Peter Nicks, you’ve done it!” He has done it, and he did it by hitting the pavement, self-financing through Kickstarter, and the payoff was being short-listed for an Oscar.

When you’re going your own way -COUGH definition of indie filmmaking COUGH- there usually isn’t a case precedent for your investors, especially if you’re tackling your first film. “For an emerging artist, you need to find a way to get yourself noticed by the right people, so that the next time they’re waiting for you”. Nicks said this in the “Consumers as Tastemakers” panel in Filmmaker’s Lodge, where he was accompanied by Sarah Keiner from Cinereach. Both stressed the importance of grassroots audience development. Getting yourself noticed may seem like an overwhelmingly generic task, but both Keiner and Nicks discussed the value in the level of engagement with those interested over the number of those interested. Basically: Quality over quantity. Build a website; develop a social media following; do the gruelling legwork of calling large groups that could be interested, and get their eyes on the film. For Nicks’ last documentary The Waiting Room, Keiner called nursing organizations, insurance companies, and anyone she could think of that would have an interest in the medical profession and asked them to spread awareness for the film.

When it all boils down, your passion for a subject has to be strong enough to fuel your endurance through distribution. Keiner said, “Establish your voice as an artist before caring about how to recoup the funds.” The result will be an original story that you HAVE to get into people’s heads. “After you get a distributor, don’t just give it to them and say, ‘Good luck!’ You have to be engaged through the end,” advises Nicks. You have to know what your story is and who your audience is, so once you have a team helping you get it out there, you can say, “I know exactly who I want to watch this and exactly who will watch this”. Then, all you have to do is follow through. 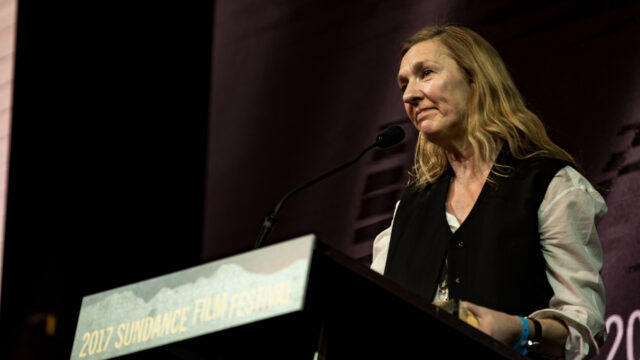 We had time to bend Pascale’s ear after the “Are We All the Other” panel. During the discussion, she had mentioned filming in Soweto, which fellow cinema5D contributor Graham and I had also done in the summer of 2016. It was an area where our fixers had been very nervous for us to shoot with the Red Epic Dragon as it was quite conspicuous, which ended up rushing us through certain shots. Pascale has shot all over the wide world in situations other documentarians would shy from, so we wanted to ask her about safety in documentary filmmaking.

One thing is for certain: after 2 minutes speaking with Pascale, you know you are in the presence of a directorial badass. “I’m never afraid,” said Lamche, which is not a brag; it’s a description of her makeup – like saying, “I am blonde; I went to University X; I am never afraid”. She warned that when in dangerous locales, “People can smell fear on you”. She told us of a few instances where she probably should have been afraid in retrospect, where the fixers had warned her against situations, but she thought, “No, I have to be where the action is”. In one instance in Pakistan, she thought her fixer was trying to protect her because she was a foreigner and a woman, and she did not anticipate how the crowd she was in would react to the camera. She was nearly crushed by a mob of people and was only saved when she was pushed up against a wall and grabbed out of that crowd from above. All this to say, balance when the ego of the director should win, and when the experience of the fixer should win.

Most of the time, fixers don’t know what it takes to make a film, or know you personally well enough to know what your limits are, so they’re advising you from surface observation and experience with other filmmakers. Lean on their cultural awareness, but make your film. Also, examine whether or not you are this kind of documentarian, and be okay with it if you’re not. If you are a slice-of-life, interviews-in-a-boardroom, found-footage sort of storyteller, don’t try and switch it up by going into a foreign situation without the passion and the makeup required. You don’t want to learn in the field, “I am brunette; I went to University Y, and I am really afraid”. Having a comfort zone located in the unpredictable is not commonplace. However, if that is you, listen to you gut and get out there.

Have you ever been afraid in the field?  Or ignored a fixer and then wished you hadn’t?  Share below!