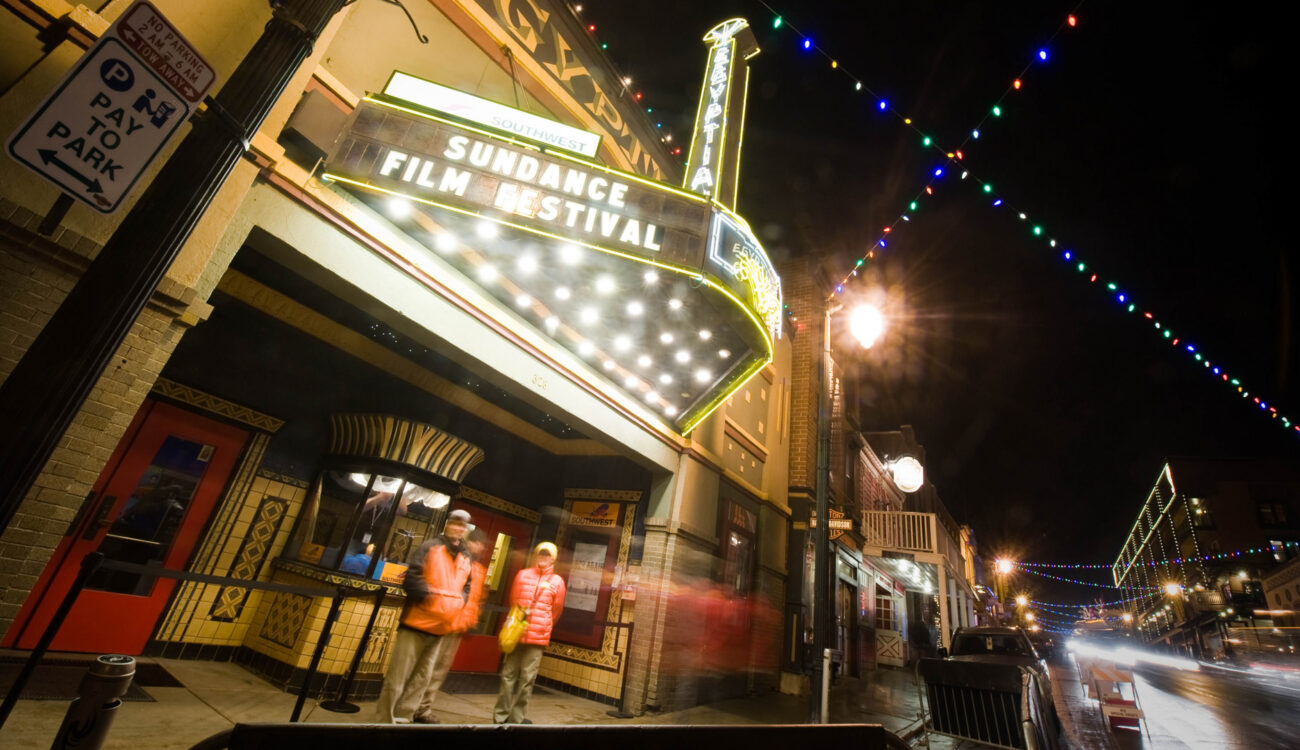 The “Lessons from Sundance” series aims to capture kernels of wisdom from the producers, directors, cinematographers and panelists who presented at Sundance. If you couldn’t be in Utah to enjoy the treasure trove of films, at least you can learn a little from the folks that got them there. The following comes from two feature film directors who were both awarded by the Sundance U.S. Dramatic Competition Jury. 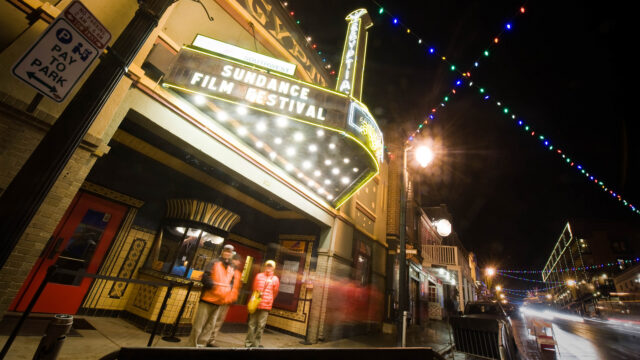 Known for It Felt Like Love. Winner of the 2017 Sundance U.S. Dramatic Competition Directing Award for Beach Rats

Takeaway:  “Come back to you.” 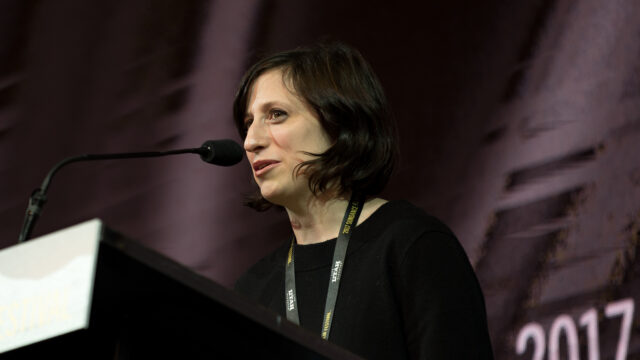 Eliza Hittman accepting her award at Sundance. Photo Courtesy of Stand Up 8 Productions

Any filmmaker worth a nickel knows that collaboration is vital to a working, thriving production. Director not dictator. Yet, when you’re in your first few films, there can be a great deal of overstepping with the intention of helping. Eliza Hittman pointed out during a chat in Sundance’s Cinema Cafe that crews work year round, while a director may only get to helm a film once every three years. Sometimes, that can lead to a crew that feels they known more than you do. While it is essential to lean on the departments and trust their experience, it is even more crucial to prevent department heads and producers from diluting your vision. Hittman encourages burgeoning directors to remember their own voices.

Don’t be afraid to say, “I don’t have an impulse for that right now, but I’ll get back to you”. When you’ve come to a fork in production and 40 pairs of eyes are staring at you waiting for a decision, it’s okay to give the crew a break, take some space, and get on the right page for you and the story. See advocating for your right to make well-pondered decisions as a strength. 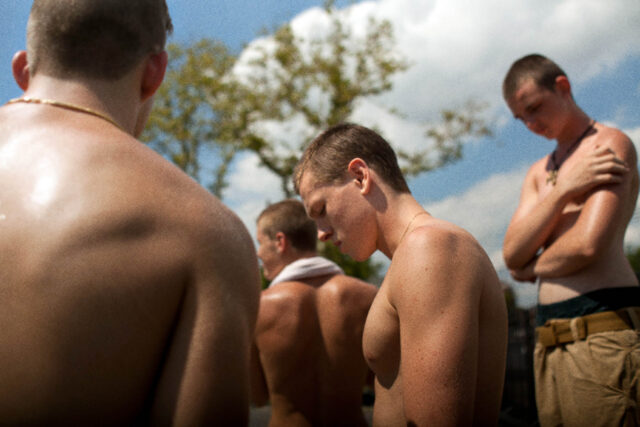 As a director of her own writing, Hittman says there were several occasions making Beach Rats when she, as the director, had to be “hard on the writer”. There were scenes she loved, scenes that she knew were only necessary for the table read, which she ended up cutting or not shooting. There comes a time when you have to be finished with the script and direct the movie. Not that it isn’t helpful to be able to rewrite a moment on the spot without needing permission from anyone other than yourself, but eventually, you have to be able to say, “Look, writer: I know you are attached to this scene, but this doesn’t serve the film.”

Eliza won the Sundance U.S. Dramatic Competition’s Directing award, and Beach Rats was acquired by Neon at the festival.

Takeaway: “Follow the spark of interest into fascination. Let the specific become the universal.” Dir. Maggie Betts takes a moment with a fan after the “Are We All the Other” panel. Photo courtesy of Stand Up 8 productions.

When Maggie Betts picked up a biography of Mother Theresa, she had no intention of making Novitiate, one of the films that garnered the most buzz at Sundance about a young woman who falls in love with God and enters monastic life. At the time, she was simply reading about another woman’s life and became really curious about what it meant to be a nun. She started to read more and more books about the varied lives of nuns, and discovered that the same torture and ecstasy we all feel in first love was what these nuns found in their relationships with God. From her extensive reading, Maggie wrote a 40 page research paper that she pulled from to write her first incarnation of Novitiate.

In writing a film about one girl on her journey to become a novice, she ended up making a film about the way women love. “I really wanted her to be a romantic kid that sort of lived for love,” said Betts. “I wonder how much of love is a projection. How much do we create in our own heads, and how much is an interplay with another person?”. Because the film is very specific in its subject matter, the audience is sort of forced to grab at the universal. Very few people who watch this film will be women who went through the Novitiate, but because of Betts’ approach, we really feel the humanity inside these nuns’ relationships with the divine. 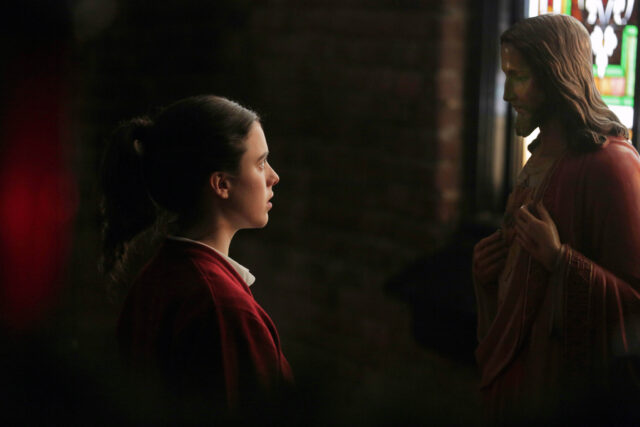 Another great takeaway from Betts is that her directorial style is very far from ego-driven. She rewrote characters to cater to actors’ strengths, asking them each what was needed to explore what was most fascinating to the actor about her character.

Much like Hittman, she let go of her writer-self to empower her director-self. She made space for her editors to advocate for what they needed. While shooting, the editors would tell her, “I really need a shot of the dining hall,” or “Get me an insert of a candle being snuffed out”. On an indie budget this is so important, because if you can have editors assembling while you’re still in production, you can use an active collaboration to avoid pickups or even second units.

Betts was awarded a Special Jury prize for direction of Novitiate. The film was purchased by Sony Pictures Classics.