Lexar has recently introduced the fastest XQD card in the world. With a whopping 440MB/s read speed, and a lower cost card with read speeds up to 210MB/s.

XQD is the card we use in cameras like Sony FS7 or the new Sony FS5. Since Sony intro 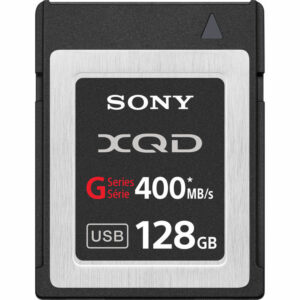 duced the new XQD format alongside SanDisk and Nikon, they have been unrivalled with their product. However, with the addition of Lexar’s range of XQD, the expensive Sony XQD cards were outperformed not only in price, but also in read and write speeds. But shortly after Lexar brought out their 1333x cards, which were better in speed than their Sony counterparts, Sony introduced their latest G-series card range, which gave users up to 400MB/s read speed and 128GB data capacity (LINK).

Now Lexar has up’d the game once again, and has introduced two new cards, which are atleast $100 less expensive than Sony’s XQD cards. The Lexar 2933x  is the fastest XQD card in the world. It seems to be a back and forth battle between the two, but here are the quick specs of the new Lexar cards:

And to put that into perspective with Sony’s G series XQD cards:

The new Lexar 2933x cards will work well with Lexar’s other new announcements:

So what do you think? Will you add the new Lexar cards to your kit? Is it worth while getting the extra speed? Let us know in the comments below.