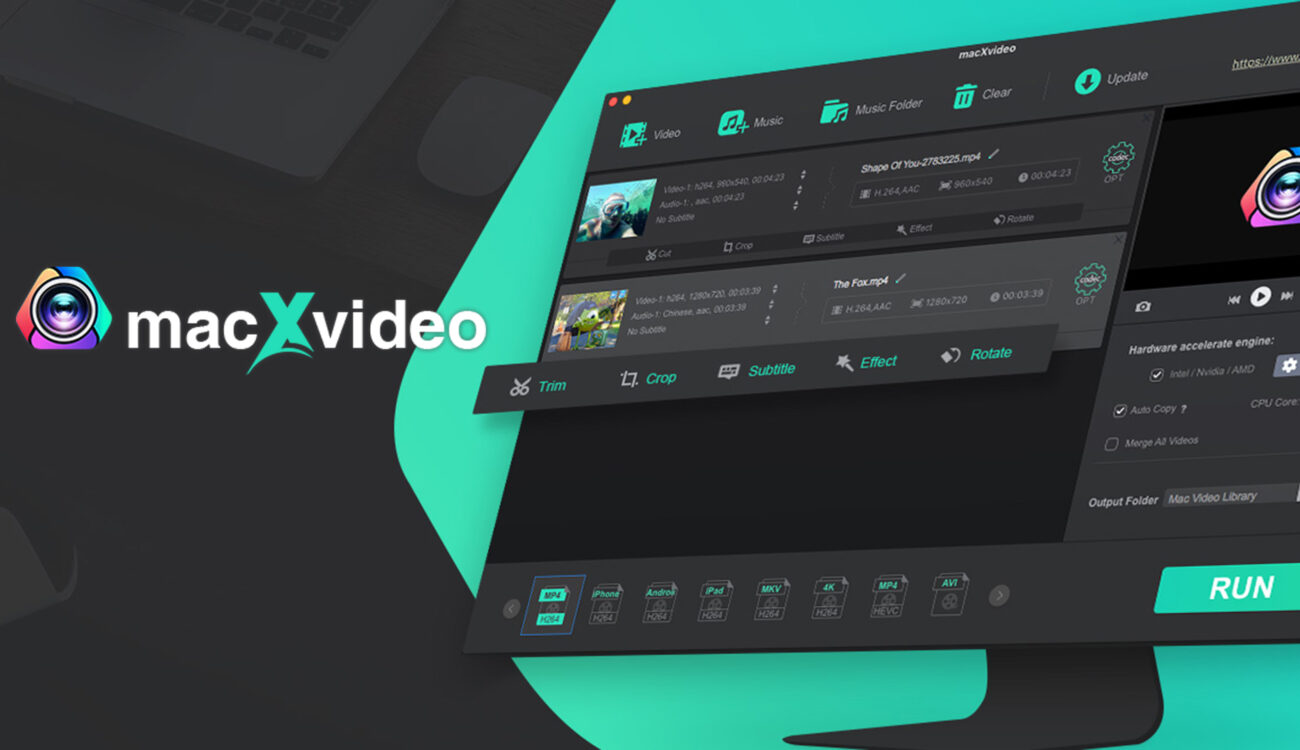 Sometimes sophisticated but complicated pro applications are simply superfluous if you only need to convert some videos into web-friendly formats. Meet macXvideo, which makes tedious video conversion easier. Some pro codecs and features are missing, but you’ll find some fun ones instead. And it’s free! 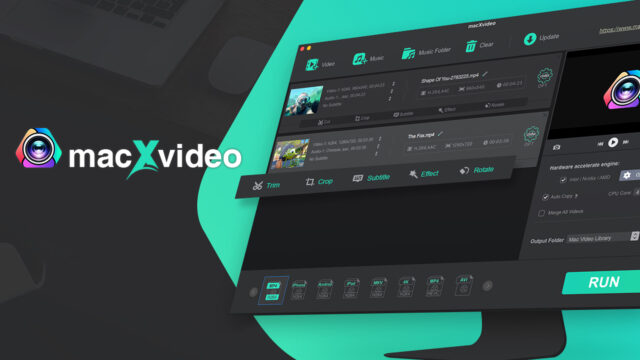 MacXvideo is clearly aimed at novice users but that’s not a bad thing as such. It actually offers quite a lot of features for a free to download app.

You might know MacX Video Converster, a Mac app for transcoding video files with support for a vast number of codecs and devices. MacXvideo could be its little brother in terms of supported codecs but at the same time it features an updated UI and some other cool features such as cropping, merging, effects and basic editing of incoming video. 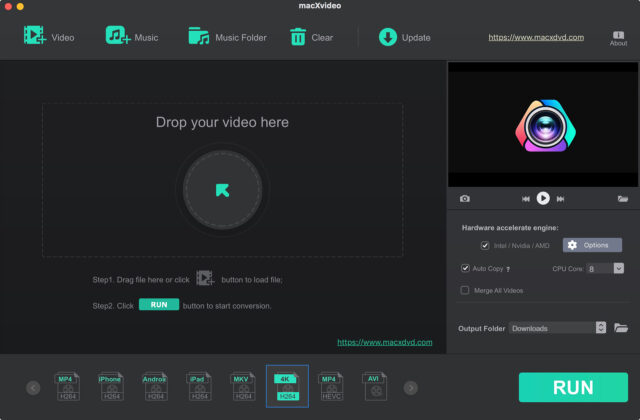 The interface is clean and simple. Everybody should find their way around easily. In terms of supported codecs, the new macXvideo app runs a little short in comparison to macX Video Converter but that app is $29.95 while macXvideo is free. Sure, apps like the famous MPEG Streamclip offer more sophisticated tweaks, settings and pro codecs but the latest version 1.9.2 is dated 10/08/2008 so you might want to think about alternatives. And if you only need web-friendly codecs as an output, macXvideo might be the solution.

The app asks you to register when you fire it up for the first time but you don’t have to if you don’t want to. The whole UI is pretty straightforward: input your video, choose the desired output format, add filters, effects and/or crops to taste, output the video, done. Furthermore you can merge multiple videos into one file or even tweak a video with some basic editing tools. You can preview your finished work before outputting it, which is really handy!

The app makes use of the GPU for dedicated hardware acceleration, which is very neat when it comes to 4k transcoding. Tasks like this can be a bottleneck on certain systems if only the CPU needs to do the heavy lifting.

Is this app really necessary? Most modern NLE’s have already the capability of outputting dedicated video files for several social media and/or video platforms such as YouTube or Vimeo. But if you need to transcode an already encoded video and maybe need to add some effects or a crop, macXvideo might be a decent tool to look out for. Think of it as a nice little addition to your full-blown NLE of choice. And hey, it’s free.

Which tools do you use for your transcoding workflow? Might macXvideo be an alternative/addition? Share your thoughts in the comments below!