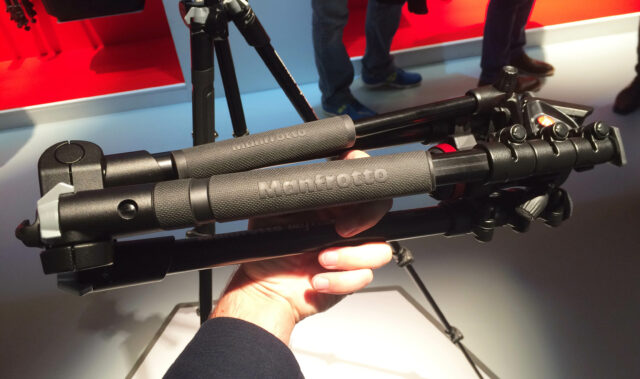 Looking for an ultra compact video tripod solution? The Manfrotto Befree Live might be the setup for you.

The Befree Live is the most portable tripod in the range, with legs that fold around the centre column and lock in place. Instead of carrying a tripod over your shoulder, this now fits in your bag.

Designed for travel, vlogging and journalism, the Manfrotto Befree Live is orientated around video and filming, with a new fluid head for smooth panning and tilting. This uses the standard Manfrotto tripod plate, so you don’t need to switch between a QR plate and standard plate. 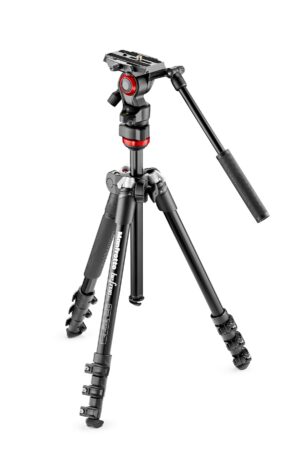 An advancement on this compact video tripod is the leveling system in the centre column. The ball leveling system is adjusted close to the video head, rather than at the bottom of the column, for quick adjustment. The tripod feet are also wider for more grip and stability.

Although you can’t adjust the amount of friction, there is a locking brake you can use to adjust the level of friction before the panning is locked. The load of the fluid head is up to 4kg, enough for a mirrorless or DSLR camera and lens for on the go shooting.

The Manfrotto Befree Live is already available as a stand alone tripod, separate head and as a tripod, head and bag kit.