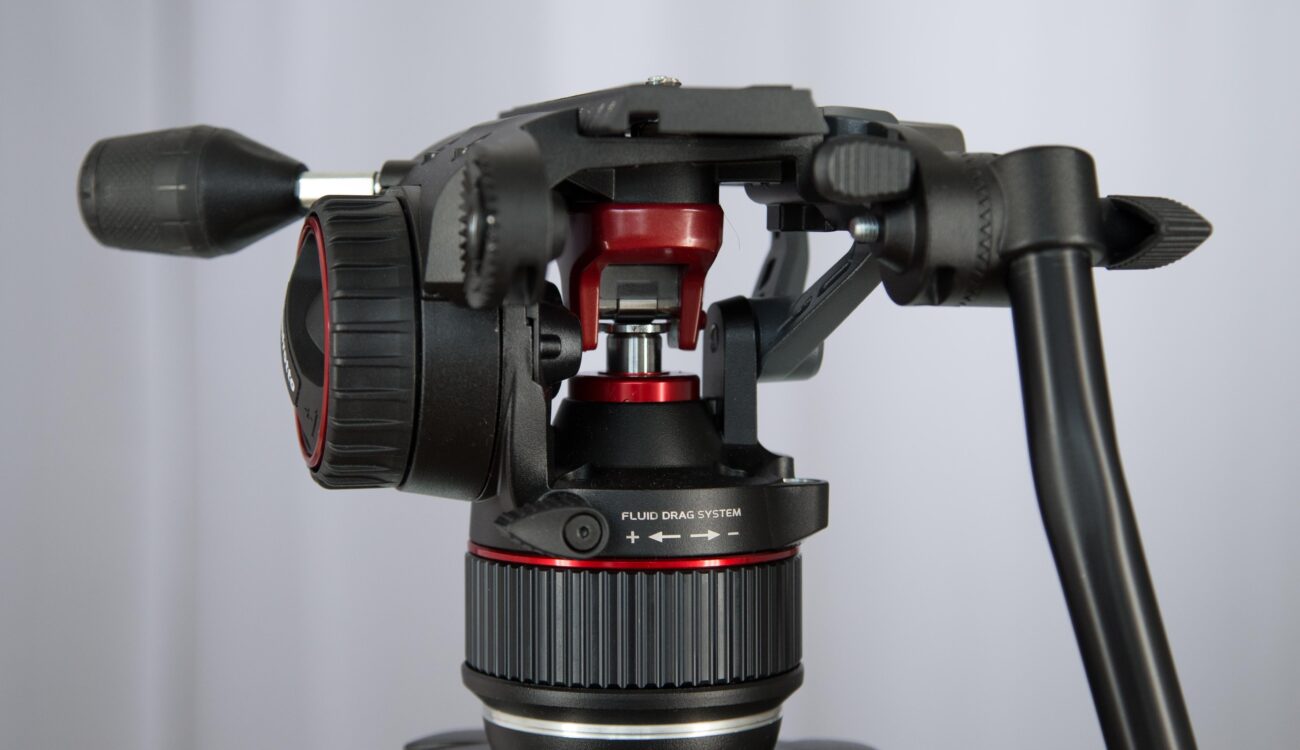 Manfrotto are introducing a new player in the compact video tripod head sector. The Manfrotto Nitrotech N8 is the first of a new product series that uses a nitrogen-charged piston mechanism for control over counterbalance. 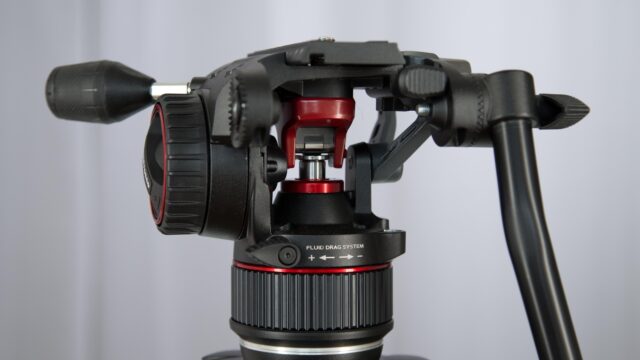 The Italian-based company is well-known in the video and photo tripod market from entry-level and up. Their products usually focus on size and lightweight performance, and the Nitrotech series is no exception.

The Nitrotech N8 video head is the first announcement in the series. As the name suggests, it has a maximum payload of 8kg, but expect to see a heavier model in the near future.

The open bridge aesthetic of this new compact video tripod head is reminiscent of other products their current catalogue – presumably as it helps keep things light. However, Manfrotto have also used new technology: the Nitrotech N8 is clearly distinguished by the new nitrogen charged piston in the centre of the head. 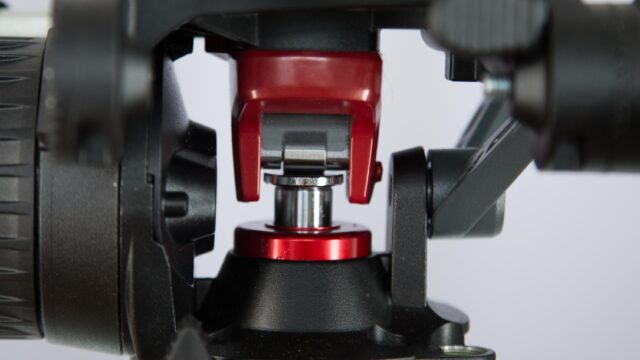 This new technology is said to help with perfecting counter balance: 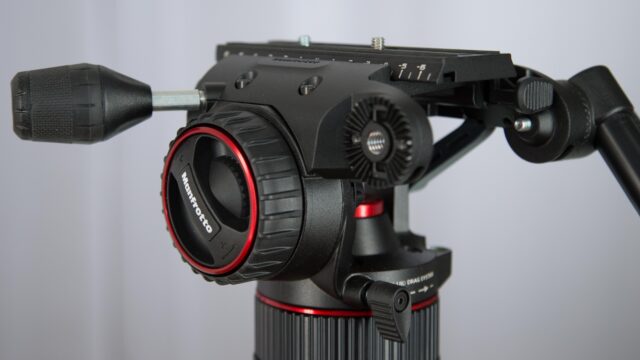 For us mortals, there’s a new side handle for twist-action tension adjustment of the piston, thus increasing or decreasing counter balance force.

Decent adjustable counter balance is something that cost-effective and compact video heads always struggle with, with previous Manfrotto heads relying on a simple fluid cartridge for both tension and counter balance. It’s nice to see some focus on such an important aspect of a video head.

The Manfrotto Nitrotech N8 features an anti-rotation 3/8” Easy Link thread for mounting accessories such as monitors and lights. While this may excite many, I’ve personally never been a fan of mounting gear to the tripod head, preferring to mount to the camera directly so that when you switch between your grip, your accessories come with you. 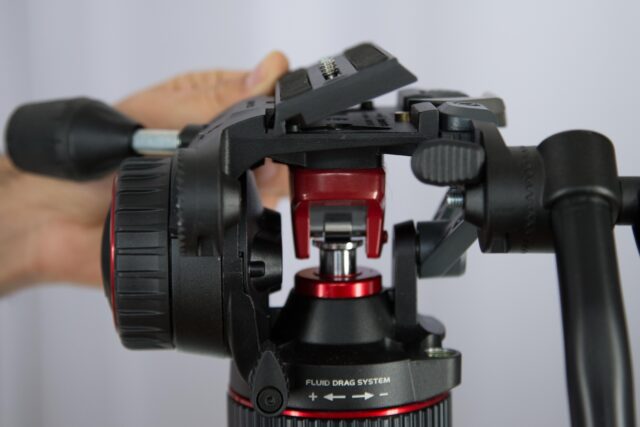 The Nitrotech N8 compact video tripod head uses a similar Manfrotto 504 long plate but with the addition of metric ruler to it, which means seamless integration with other Manfrotto gear. The head also offers a side-locking plate mechanism, so you can snap your camera on from the top without the need to slide it in – a method that, in my opinion, more tripod head manufacturers should start implementing into their new products.

We’ve got a Manfrotto Nitrotech N8 head at cinema5D HQ, and will be posting a hands-on review shortly after NAB. Speaking of NAB, if you want to check out the new Nitrotech series, visit the Manfrotto stand at the Las Vegas convention next week.

In terms of packages, the Nitrotech N8 will be available on its own, as well as bundled in with existing Manfrotto legs such as the 535/536CFs and 546s with mid/ground spreader.