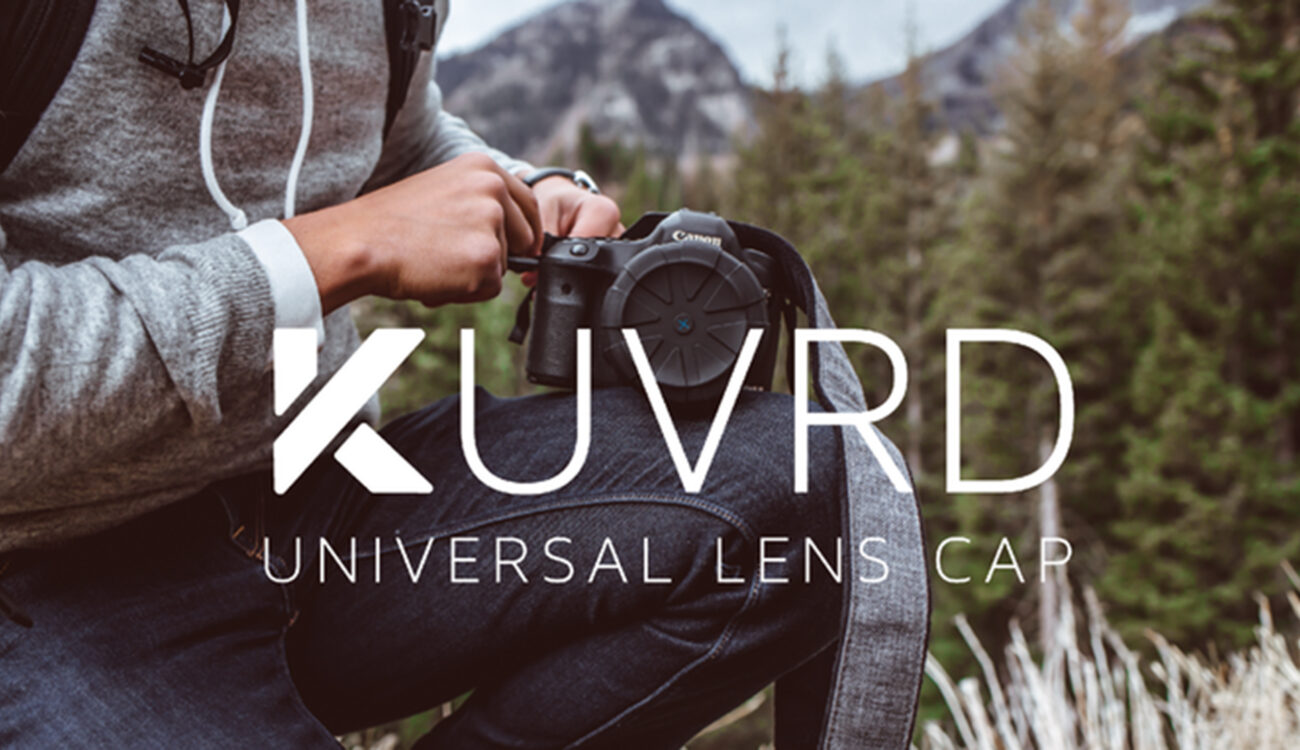 Fits every Lens. Never falls off. Element proof. Front/Rear lens cap. These are the claims of the KUVRD universal lens cap campaign and it’s taking kickstarter by storm right now. 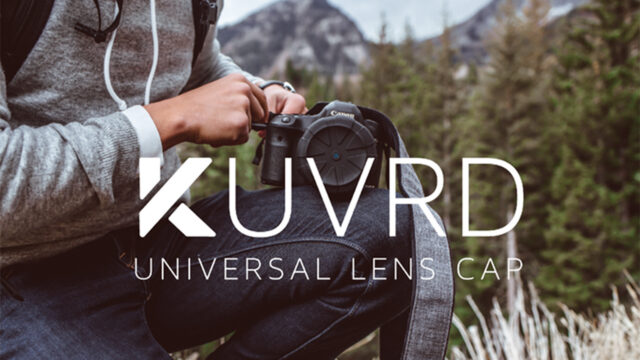 Detachable items tend to get lost on set. Items such as small lens caps for example. Everytime you need that particular sized cap for your precious lens, it’s not there. Wouldn’t it be nice to have just one type of lens cap which fits each and every lens you have? One that will protect your lens from the elements?

You might want to jump over to Kickstarter because the KUVRD ULC (universal lens cap) is exactly that: A one-size-fits-all rubber lens cap for all your DSLR lenses.

All these different lens caps for all these differently sized lenses. Sometimes you really wonder why it took so long for a product to reach the market. To me the KUVRD universal lens cap is such a product. It’s strechable, it’s rugged, it will fit every DSLR lens you have. It protects your lens, you can use it as a front or a rear cap (or both). You can stack multiple caps on top of each other for extra protection. what more can you wish for? Watch the video below for a full rundown:

If you have a modestly sized lens and use two KUVRD caps for both the front and the rear, you’ll end up with a nearly waterproof lens! Splashproof, at least. The KUVRD will fit any lens with a front diameter between 60mm and 150mm so almost every DSLR lens should be covered. 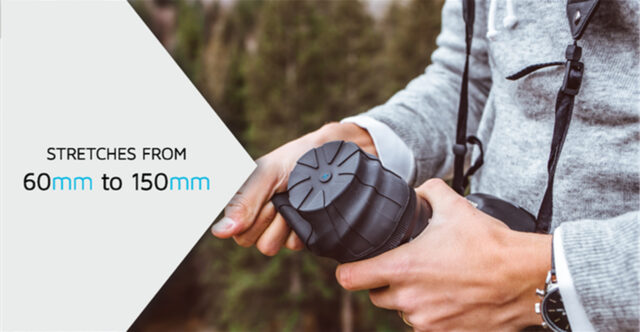 To me personally this KUVRD lens cap looks a little weird but if it’s up to the task of protecting my valuable lenses, that’s OK of course. Form follows function, so to say. The lens cap won’t touch the front glass of your lens due to its design. The filter ring of the lens itself won’t let that happen. The tiny dot in the middle will act as an extra protection, here’s a statement by the creators:

We purposefully included a exterior-protruding circle in the middle of the ULC, acting as a shock-absorbent barrier incase the lens falls glass first onto concrete. We intentionally created the ULC to be only millimeters away from the front glass and included 8 bumpers and the protruding circle to act as a ‘cushion’ for the shape and glass of any lens.

This functionality also has some disadvantages, though. There is no easy way of telling all of your lenses apart once each and every lens has a KUVRD lens cap on it. The other downside is efficiency on set. You won’t be able to fit the KUVRD lens cap onto your lens with just one hand I guess. We’re talking about the balance between convenience and protection here. It’s your decision.

One KUVRD universal lens cap will set you back $30. Pricing goes down if you order a pack of multiple caps. If you’re willing to share the Kickstarter campaign on social media you’ll get one free on top of your purchase. Right now almost $40,000 have been funded from the original goal of $2,500. The campaign ends on January 15th, 2018.

Missing some lens caps? Some KUVRD caps might be the solution to this. Photograph credit: Danis Lou | unsplash.com

As with every funding campaing please remember this: You’re not a customer but an investor. Most likely everything goes well and you’ll receive your “order” by April 2018. But it could all go so wrong, too. Mass producing a new product is a difficult thing to do, you never know. Head over to Kickstarter to learn more about this neat little lens cap (plus a lot of additional videos).

What do you think? Neat idea or a useless piece of rubber? Share your thoughts in the comments below!