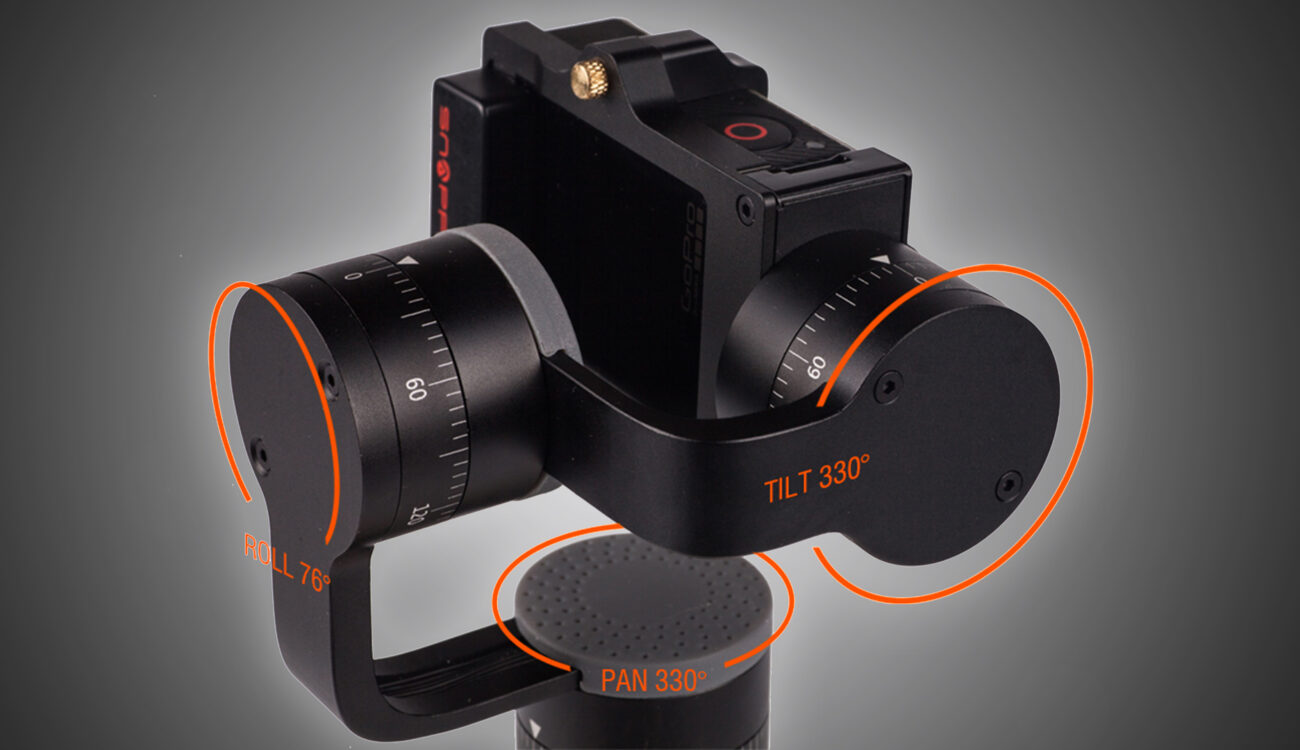 There is a new 3-axis gimbal for small action cameras such as GoPro in town. Well… almost. The Chinese company Snoppa is about to enter the market with their brand new Snoppa Go gimbal which comes packed with features, and is ready to be funded via Kickstarter. 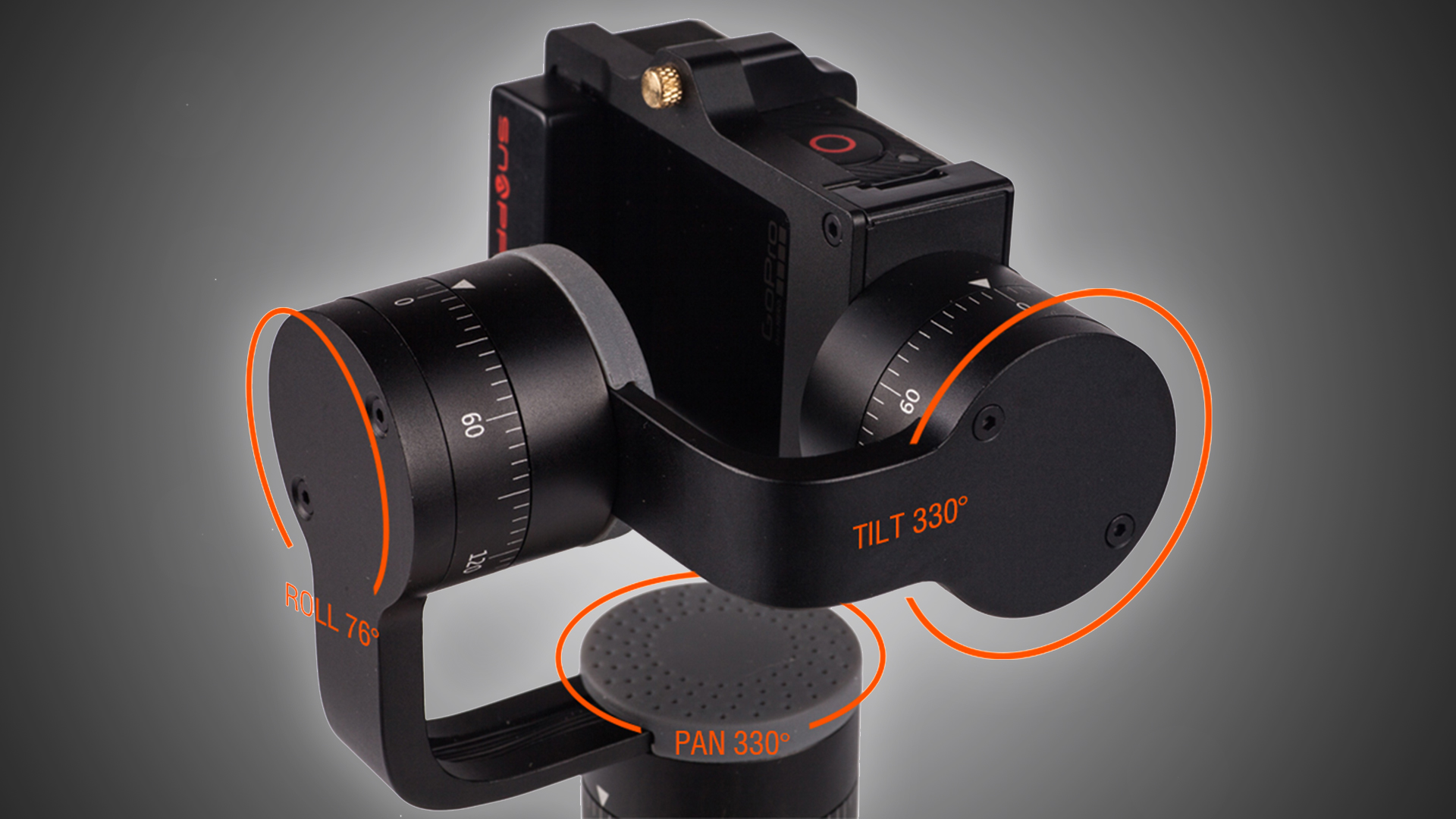 You might think this is just another 3-axis gimbal for GoPro cameras. There are already a lot of them out there in the field and the question whether you actually need one is a very valid question to ask. But this one has a pretty unique set of features, so maybe it is worth a closer look.

It might not be the best campaign video ever made, but the sheer amount of features certainly caught my attention, so let’s dive in.

A one for all gimbal

At first glance, the Snoppa Go looks a lot like a DJI Osmo but with a GoPro-type action cam attached to it. Maybe the people over at Snoppa had an Osmo lying around while designing their first prototype of their gimbal. Don’t be fooled, though: the company claims to have independently developed the whole 3-axis stabilisation system from the ground up, including hardware boards and software algorithms. 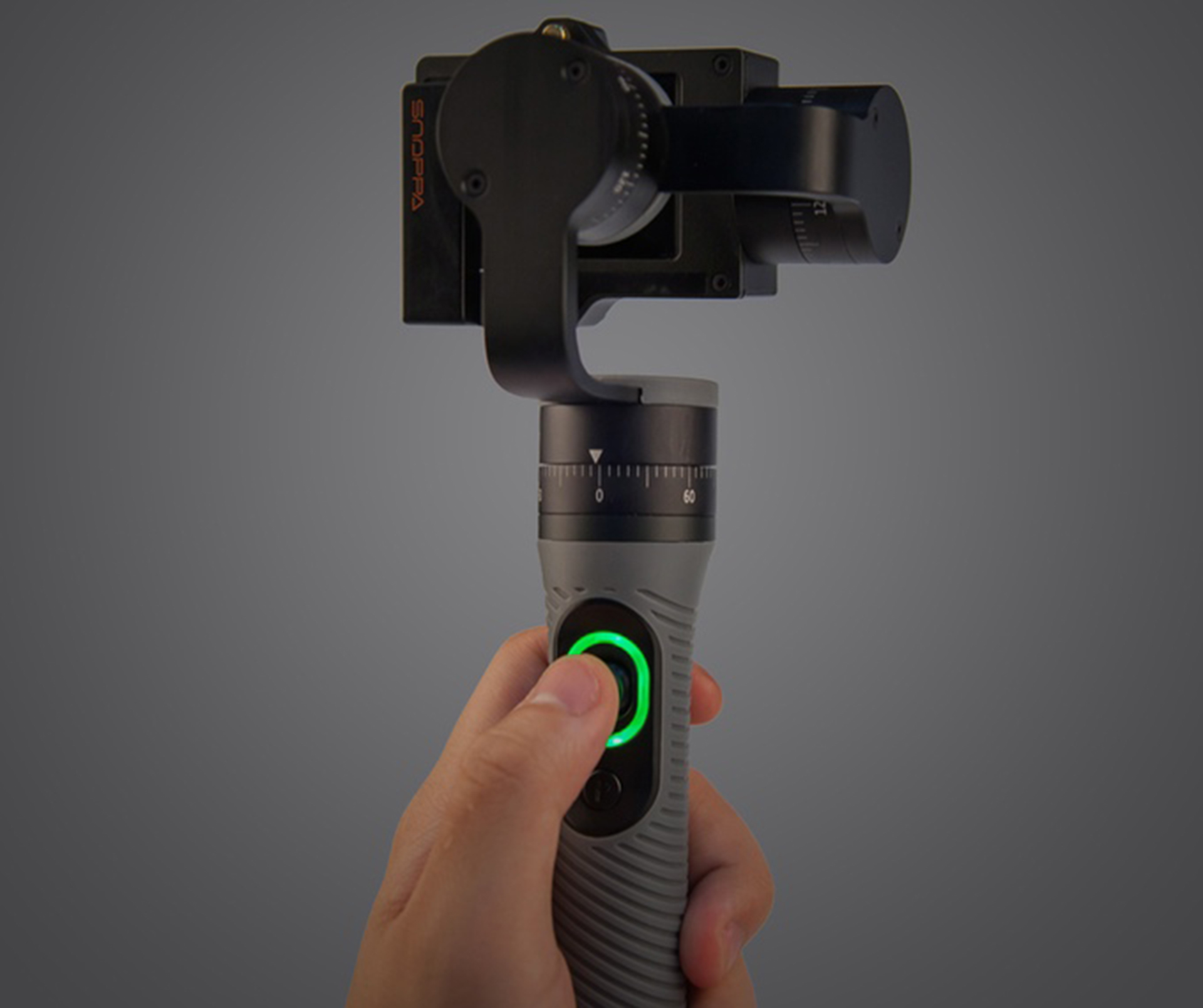 The Snoppa Go gimbal is not limtited to GoPro cameras; other action cams with the same form factor will fit in just fine. There’s one difference, though, as the special designed GoPro connector will only work with the GoPro Hero 4 camera. With this module attached, the gimbal is able to speak directly to the camera. It will start/stop and even shut down according to gimbal commands.

a variety of action cam models can be used

The Snoppa Go features three working modes., so you can choose which one better suits your shot.

The joystick is pressure sensitive, the harder you move it, the faster the given axis rotates.

A cool addition to this gimbal is the built-in LED light. There might be situations where just little kick of light will help improve your shot.  Additionally, an extra micro SD card slot is built right in, so you’ll never have to search for that tiny spare card again. 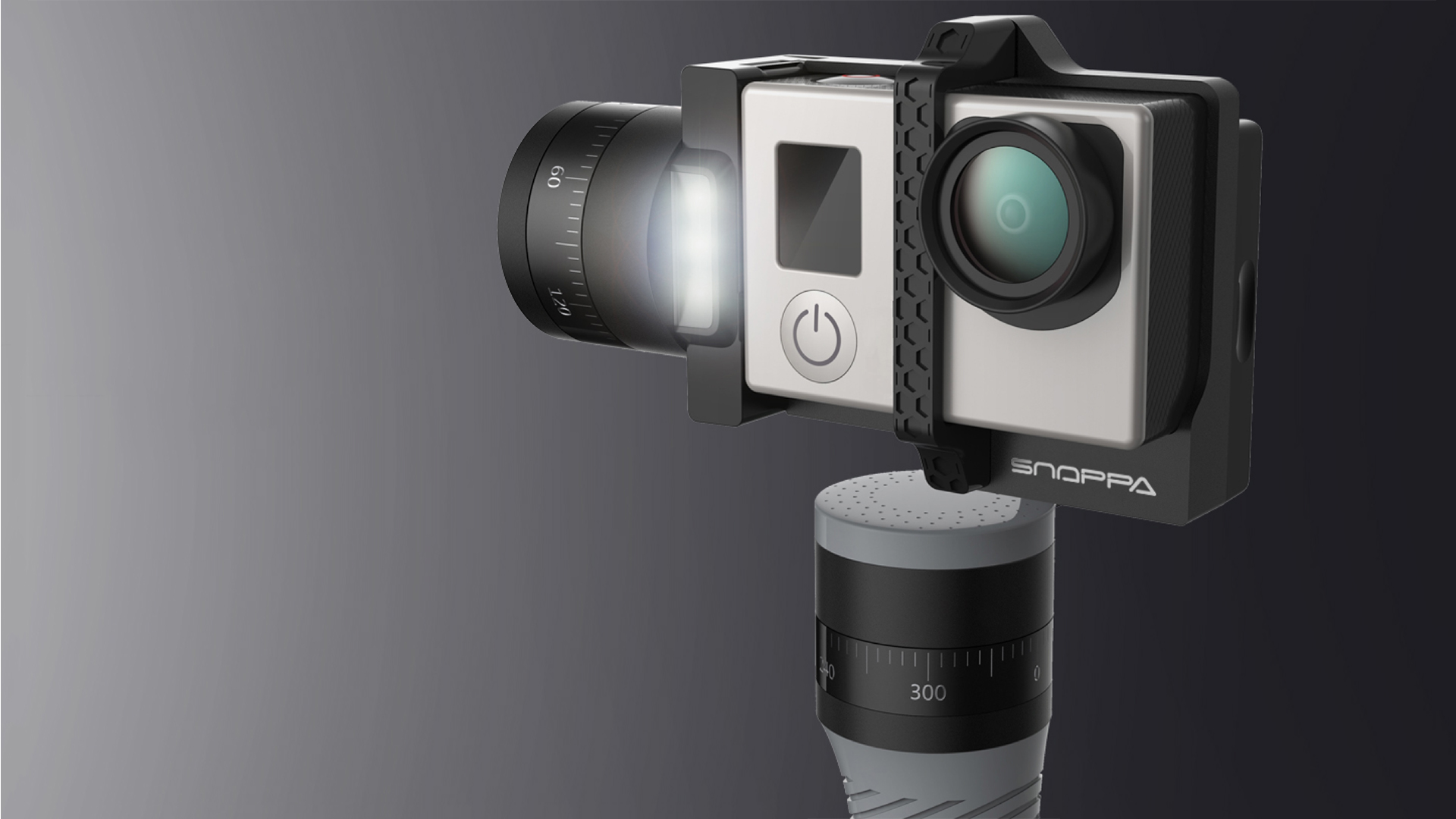 The handle of the Snoppa Go can be charged via a micro USB connection, even while operating. That’s a neat feature as you only need an external power brick in your pocket in order to shoot for hours.

The handle sports 2.4GHz wireless connection capabilities. With an optional handle (available in the higher tiers of the Kickstarter campaign) you can remote control the Snoppa Go, and even use a smartphone app for wireless video transmission. 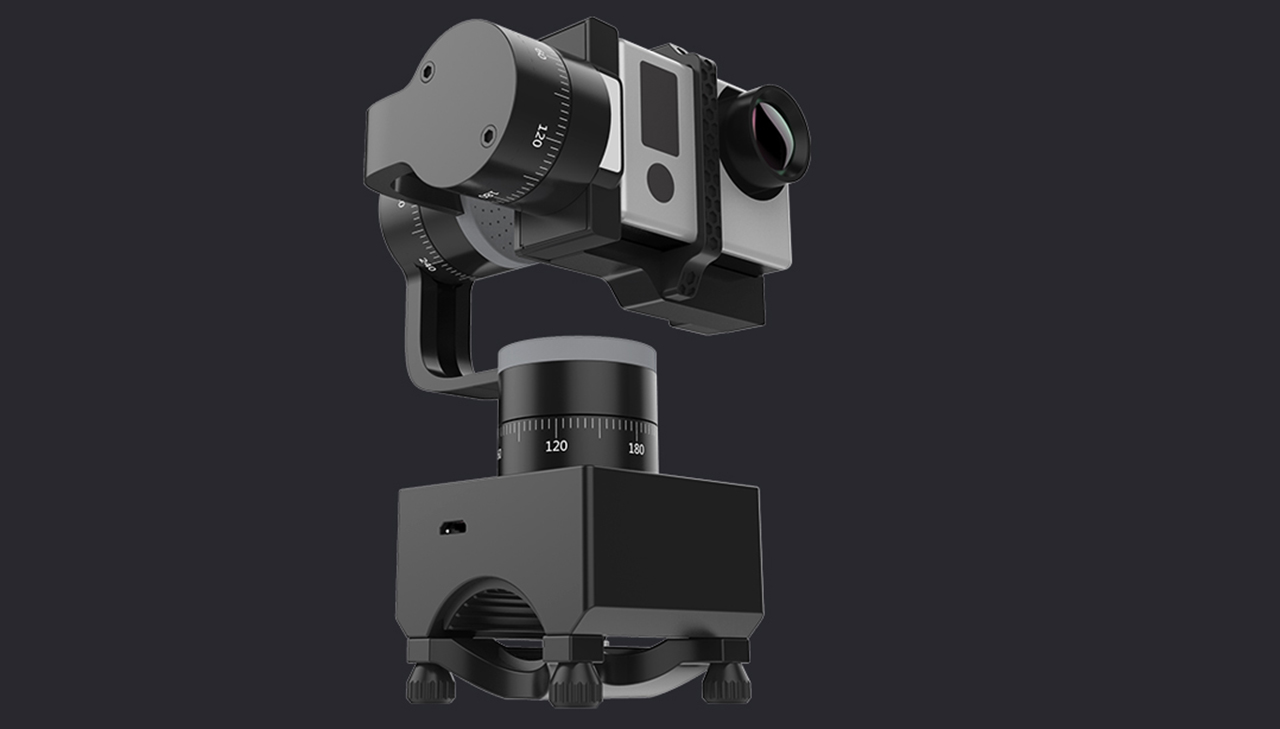 There’s also another mount for the gimbal available which is called the Snoppa Cavalry. It can be used to attach the gimbal on handle bars, for example. You can’t swap the gimbal itself from one mount to another, though. It seems to be hard wired so every mount comes with its own gimbal.

The Kickstarter campaign is running at full steam and it’s currently looking quite good for them. The campaign is half-way funded already with still over 20 days to go. The available tiers range from $229 for a single Snoppa Go gimbal up to $599 for the whole package including the gimbal itself, a remote handle and the cavalry bike mount.

Link to the campain: Kickstarter.com