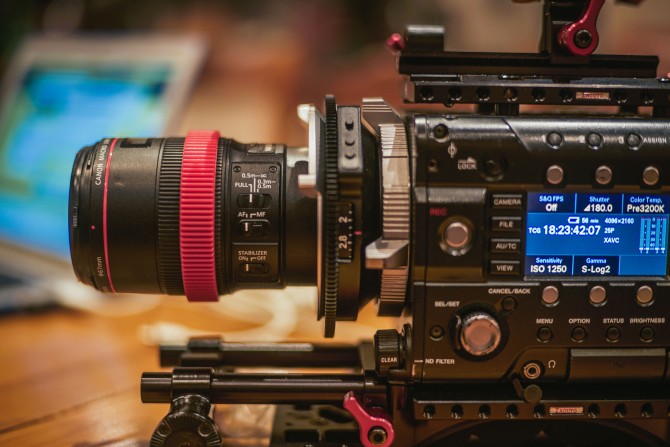 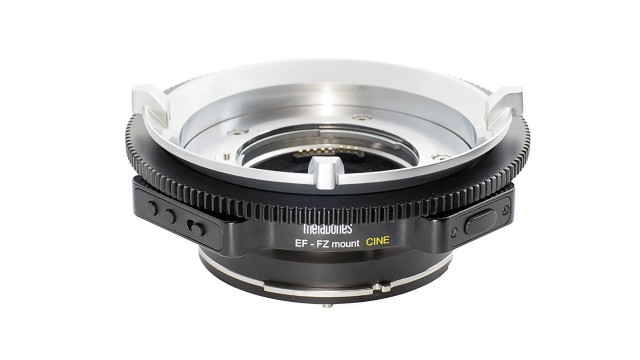 The first announcement as a prototype at IBC had me raising my eyebrows for two reasons:

The first: having used a previous solution from Optitek I was pretty disappointed with Canon EF/FZ marriage.

The Optitek adaptor is very fiddly to use; aperture adjustments are done by two tiny buttons on the side of adaptor itself (not camera) and often the aperture readings would freeze altogether. So more competition in this adaption would be warmly welcomed.

The second is the unique manual wheel Metabones has decided to include on the FZ to EF CINE Smart Adapter. Despite still being an electronic adaptor and electronically controlling the adjustment of the aperture (as you would with the native lenses on your Sony FZ mount camera) there’s a wheel on the side that you can manually operate for aperture control. 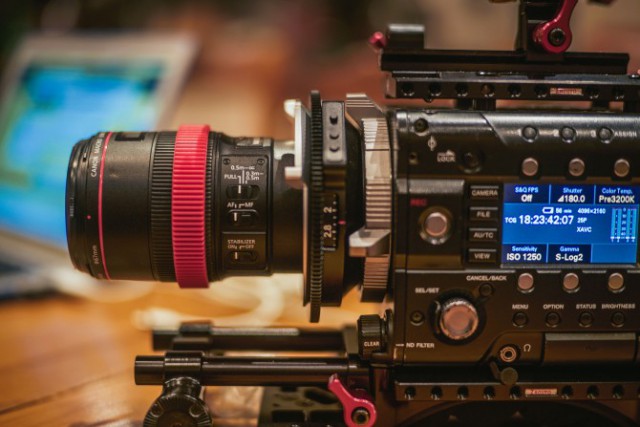 This is fantastic, it’s not quite in the league of a complete manual aperture control where the turning on the wheel directly opens/closes the aperture in a smooth fashion as it is still translating your adjustment into electronic information (aperture changes can only be as smooth as the camera/lens dictates). However it offers a very quick and fast way to change open/close your iris; one camera operators from a certain era will be very familiar with.

The Sony FZ mount is found on cameras like the F3, F5 and F55. It’s great to have the option to adapt such a widely used lens format in terms of cost and versatility.

The Metabones FZ to EF CINE Smart Adapter will provide aperture information to the camera so you can visually see your stop, there is also the ability to auto iris. On the side you’ll find a user definable button as well as USB port for firmware updates. 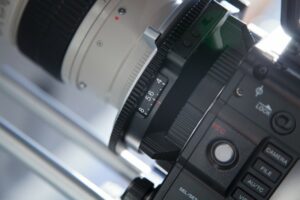 The Manual dial on the side of the adaptor is accompanied by an f-stop scale window, this ranges from f/1.0-32 and your lens will kick in at whatever range it is currently capable of doing (for example a f/2.8 will only start to adjust when the dial reads f/2.8 or higher) it does not unlock faster apertures.

The adaptor is certainly a sizeable chunk, here’s a pic from Philip Bloom comparing it in size to the Optitek ProLock EF for FZ. 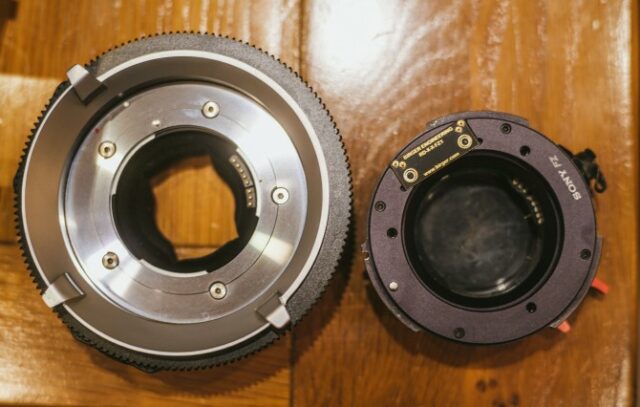 When using it on a camera like the Sony F5/F55 I can’t really see the size being an issue. The cameras are built for PL sized lenses so a slightly bigger adaptor with relatively small EF lens isn’t going to prove very challenging.

The final key feature of the Metabones FZ to EF CINE Smart Adapter is the price, at $999 it is substantially more affordable than the Optitek, very good value for this type of lens adaptor.

I hope to see the manual wheel > electronic aperture control in more adaptors, it would be great to see it in an E mount to EF for example, as long as the form factor is kept in relative size to the cameras it’ll likely to used it.

There’s no word yet on availability, more info on the metabones website.