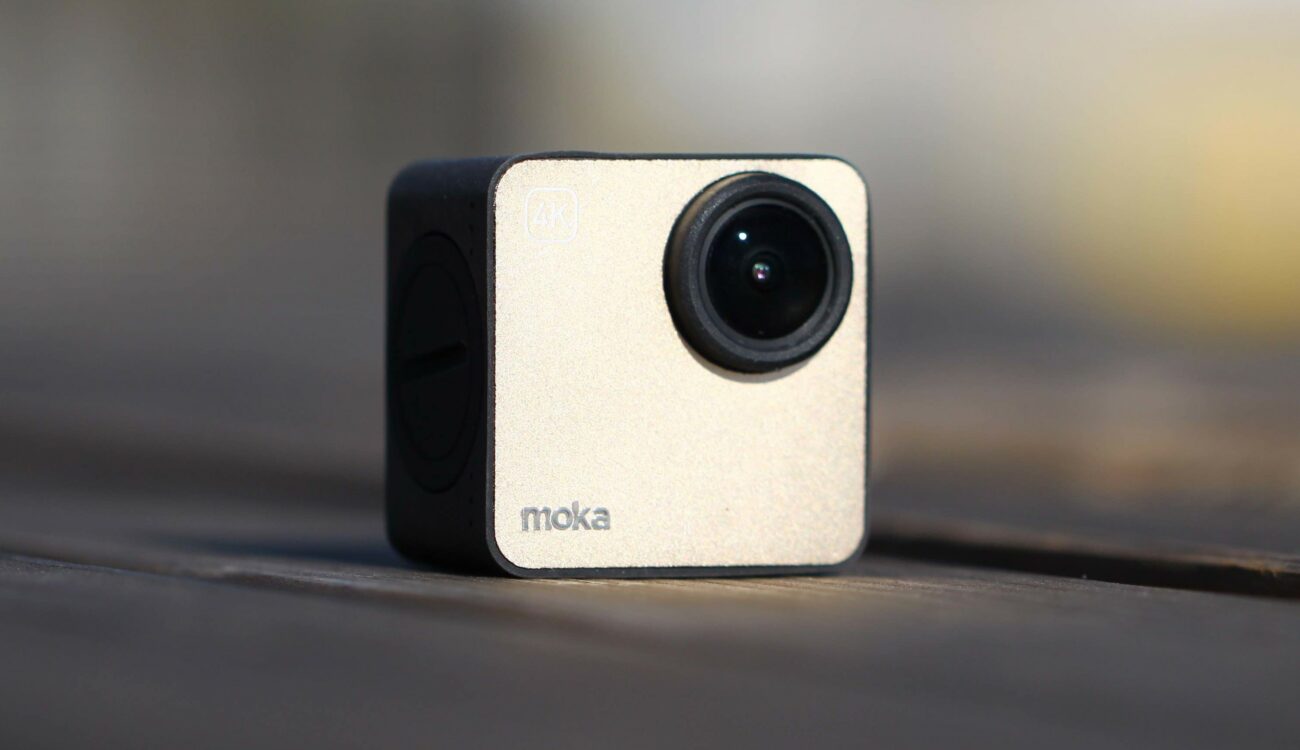 I’m quite sad. I spend my time trawling the internet for new and interesting technology and recently, I happened upon Mokacam via IndieGoGo. Apparently, it is the world’s smallest 4K action camera—and it certainly looks like it has some interesting design features. However, is it any good, or is the world’s smallest 4K action camera really just designed and named as such to appeal to a modern market that is obsessed with minimalistic design? Let’s find out! 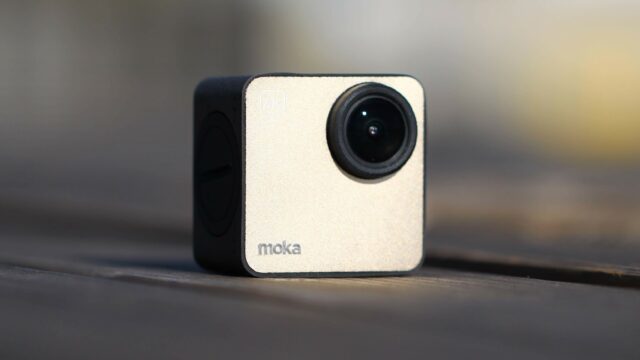 Obviously, whenever anybody looks at an action camera, comparisons are made with GoPro. After all, GoPro are a pseudo industry standard after taking the market by storm. Despite the fact that their sales and share price have been tumbling enough for them to have had to cut jobs, probably due to an influx of competitors and cheaper “knock-offs”, the manufacturer is still winning the action camera race.

Fortunately for me, Mokacam have made it very easy to compare the GoPro Hero range and their alternative by including a lovely little chart on their Indiegogo campaign page. I’ve added the chart below so that you can draw your own conclusions. 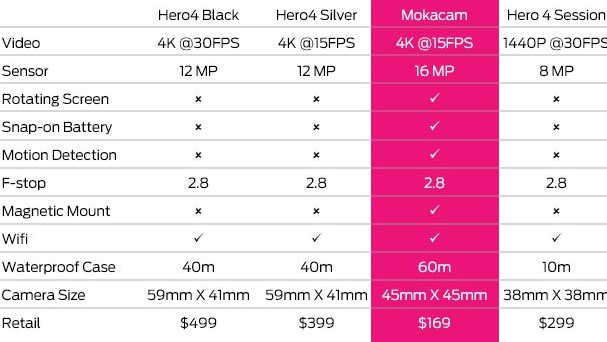 As you can see, Mokacam falls behind when recording 4K video, but they do have some interesting trade-offs to combat that. These include several innovative design features, motion detection functionality, and a lower price tag than even the Hero4 Session—which doesn’t record 4K.

I suppose that when you’re halfway up a vertical rock face, or slaloming down the slopes of the Swiss Alps, stopping to change the battery in your action camera isn’t the most convenient thing in the world. Mokacam seems to have combated this issue using a magnetic, Snap-on battery.

What remains to be seen, though, is quite how strong the magnet is. The last thing you want when you’re trying to film your descent from the top of a mountain, using only a wingsuit—with your dog strapped to your back—is for a strong gust of wind to send yo
ur battery to Timbuktu! 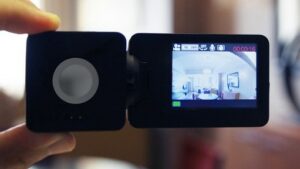 Mokacam have opted to offer an optional screen for monitoring. It rotates 270-degrees and is powered by its own built-in battery, meaning that the camera’s battery life doesn’t take a hit when you decide to attach and use the screen. Unless I am mistaken, the screen appears to be controlled by buttons located on the screen’s body, rather than via touch screen. 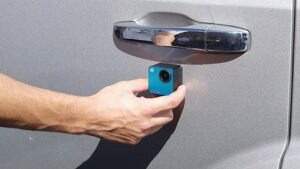 It seems the folks behind Mokacam are big magnet fans—the camera can be mounted to any magnetic metal surface without using screws or brackets thanks to magnetic mounting functionality. As with the battery’s magnet, we’ve yet to see how powerful the mount really is; though Mokacam have described it as “super strong.”

This is something I’ve not personally encountered in any of the action cameras currently on the market, and I am quite interested to see how good the motion sensor that Mokacam uses is. I can certainly see some interesting uses for the motion detection technology included when combined with the magnetic mounting system.

Mokacam have partnered with Feiyu Tech to produce a few handy gimbals for the action camera. One is handheld, the other wearable, and both seem to fit well with Mokacam’s affinity for minimalistic design. In terms of functionality, they’re both very much what you’d expect.

For their first offering, Mokacam’s team seems to have been relatively successful in designing an affordable action camera that I’d imagine will be rather successful. While serious action filmmakers won’t be too keen on Mokacam, I can see the camera being quite successful in the casual market—and over 4,000 backers, that have pledged almost $1,000,000 on Indiegogo, seem to agree with me.

The Mokacam Adventure bundle costs $189 and is available for pre-order on Indiegogo, with the modular accessories available separately.