These tiny new Zaxcom recorders announced by the premium audio device manufacturer at NAB 2017 both save high-quality .wav files directly to mini SD cards, and feature the company’s NeverClip technology for safe remote recording. Read on for the full details! 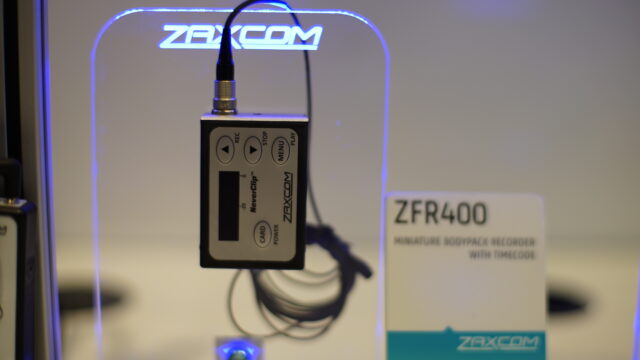 The smallest of all Zaxcom recorders measures only 2.2″ x 1.6″ x.55″, and is designed to be carried around by your talent while recording from a lavalier microphone directly to a micro SD card. It is compatible with ZaxNet, a wireless network that distributes TC and metadata to compatible Zaxcom devices in range. Look HERE for more information on setting up a ZaxNet.

While many shooters avoid recording unmonitored audio like the plague, the advantages of being able to record directly to this small device are numerous. For one, signal interference is no longer an issue and there is no chance of talent moving out of range from your receiver. And if you expect to be able to record wide dynamic range (from whispering to shouting levels, for example) there is no reason to fear not having a finger on the gain knob, as the Zaxcom NeverGain technology offers 128db of dynamic range, so the chance of clipping audio is much lower. 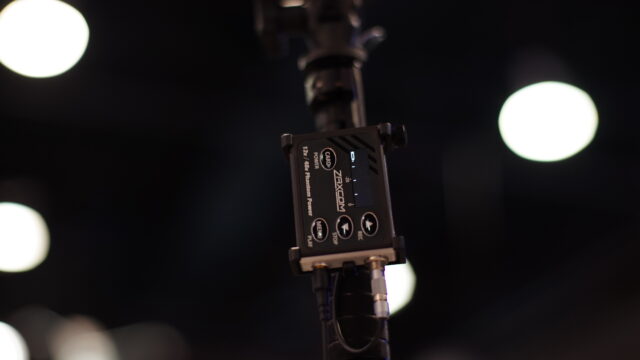 The second of the Zaxcom recorders introduced at NAB 2017 is the ZMT-3 Phantom Transmitter which promises to be a high-quality, though expensive, wireless booming solution. This transmitter will both send audio to an external mixer and it will record backup files directly to miniSD. The chances of “cable slap” are reduced and its 2.20z weight means the end of the pole won’t become significantly heavier while booming talent. The “Phantom” in the name also refers to the devices ability to provide phantom power to condenser microphones… And it also makes it sound much cooler than the ZFR400.

Is wireless booming worth the expense in exchange for freedom of movement on set? Or would you rather stick to cabled and monitored audio? Comment below!