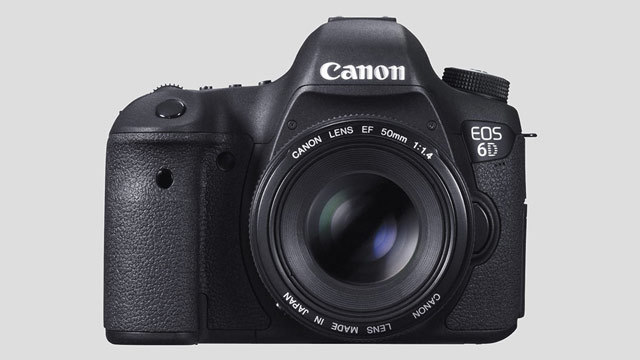 Canon just introduced a new full frame DSLR camera. It comes at almost half the price of the 5D mark III and offers very similar HD recording features. So it comes with the usual HDSLR bling bling like manual audio, 25p, 30p and so on, the Canon rep on the phone said that movie recording is “same like on the 5D mark III“.

The press release also talks about the HD recording side of the camera which makes it look like a pretty capable HDSLR.

So will we get a 5D mark III like HDSLR for half the price then??
Well, that’s uncertain. The nice thing about the 5D mark III is that due to its sensor design it has very limited moiré and aliasing pollution which allows for a much nicer HDSLR image than on all other Canon HDSLR’s. The EOS 6D sensor has a tad less pixels (20,2 MP) than the mark III (22,3 MP) which to my knowledge could indicate that it might be less ideal for movie recording.
BUT the press release says that the video mode is enhanced due to the DIGIC 5+ processor which sounds very promising:

The DIGIC 5+ processor also dramatically improves video response times and helps to reduce color artifacts, aberrations, and moiré while providing the ability to record with sensitivities up to ISO 25600 in H mode.

This sounds a lot like less rolling shutter, aliasing and moiré.
We’ll have to wait until October to find out how good this camera really is. The EOS 6D will be $2100 and see the light of day in October. You can pre-order through the button below. I’d recommend also getting the 24-105mm f4 L lens package as this glass has a really great Image Stabilizer that works well for video. We did the NAB 2012 and IBC 2012 coverage only with that lens.