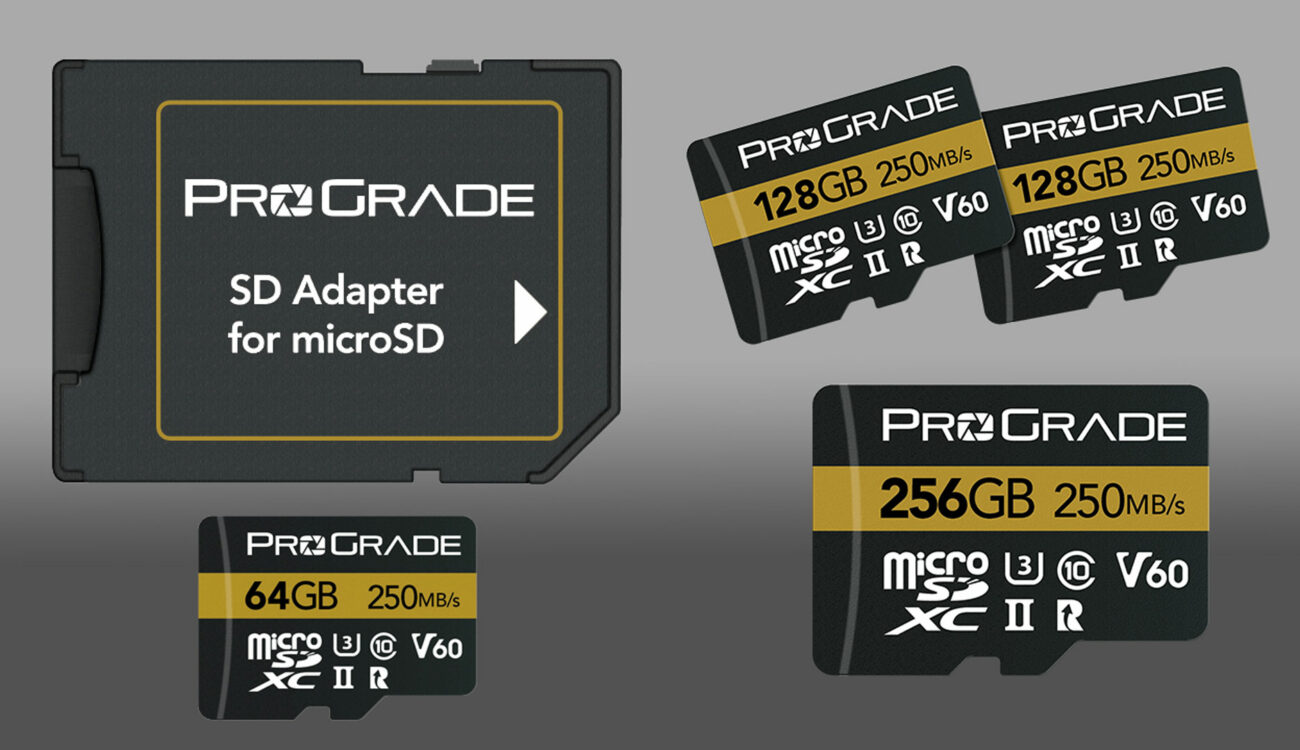 ProGrade MicroSDXC Memory Cards introduced with a maximum read speed of 250MBps, maximum burst write speed of 130MBps, and minimum sustained write speed of 60MBps which gave them the V60 rating. The cards come in 64GB, 128GB, and 256GB versions and with the UHS-II full-size SD adapter included. 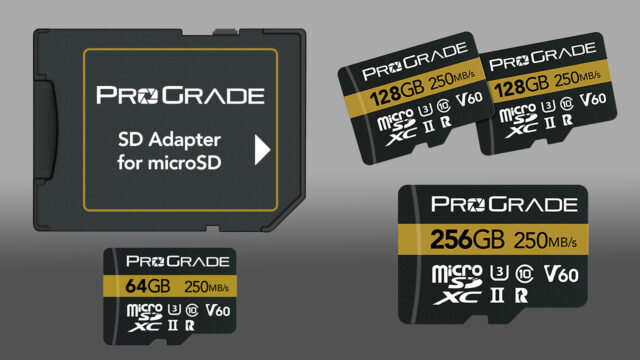 MicroSD memory cards have been around since 2005 and since then they significantly improved in both speed and capacity. They represent the most compact form factor among memory cards and are therefore being used in devices where size and weight really matters – smartphones, drones, action cameras, and so on.

ProGrade Digital is a company focusing on memory card development and production. Their products include a full line of USB 3.1/3.2 Gen 2 card readers, CFast 2.0, SDXC UHS-II, and CFexpress Type B cards in various capacities. This time the company announced improvements to its microSDXC V60 line of memory cards.

The new ProGrade Digital microSDXC UHS-II cards support U3, Class 10, and V60 performance ratings. While the ratings can sometimes be confusing – especially when it comes to SD memory cards – for us filmmakers the most important rating is the V-class. In this case, V60 means that the card’s write speed never drops under 60MBps. In other words – the minimum sustained write speed is 60MBps. That roughly translates to the constant video bitrate of 480Mbps that this card should continuously handle without any issues.

Right now I can’t think of devices that natively work with MicroSD cards and are capable to produce such high bitrates. Smartphones, drones, action cameras, 360 cameras, and other small devices, however, improve so quickly, that a V60 microSD card might soon be a requirement. The speeds of these cards certainly make them quite future-proof at the moment.

Even though I am not a big fan of doing this, you can also use the included UHS-II microSD-SD adapter which transforms these cards to full-size SD cards. ProGrade claims the adapter does not limit the transfer rate speeds in any way. That opens up a new area of possible uses with devices that are certainly able to test (and sometimes exceed) the write speed limits of these new cards (for example the BMPCC 4K and 6K cameras). 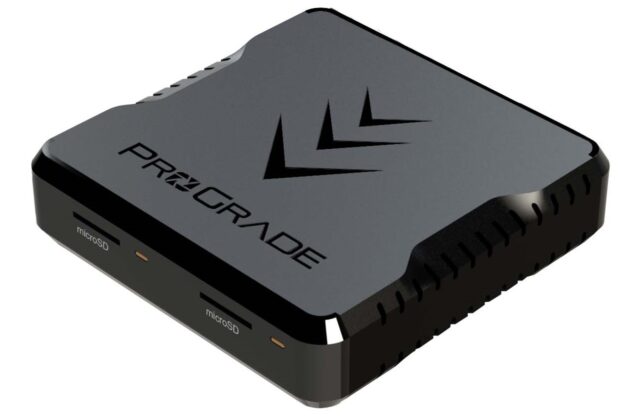 The main improvements over the last generation of ProGrade microSDXC V60 cards are higher maximum read and write speeds. The maximum sustained read speed is now 250MBps (previously 200MBps), and burst write speed is 130MBps (previously 80MBps). The good news is also that the new faster cards are actually more affordable than the previous generation.

The cards offer ProGrade’s Refresh Pro capability that is supposed to quickly refresh cards back to factory conditions as well as monitor the health of the cards before an important shoot.

Do you use microSD cards often for your work? Do you need very fast microSD cards to adapt to a full-size SD slot? Let us know in the comments underneath the article.