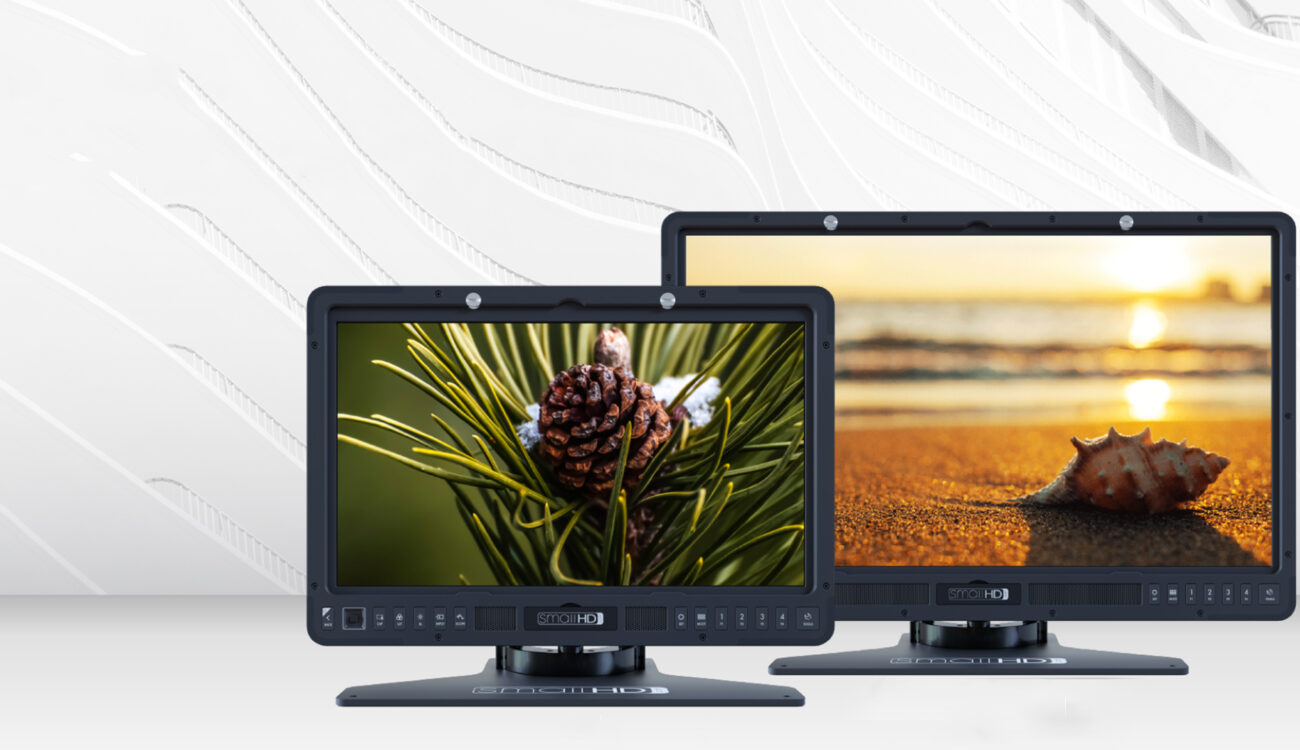 That was fast! Just a few of weeks ago, SmallHD announced an entirely new series of, well, LargeHD monitors – the HDR Production line. Today, the company has announced yet another line of models, the SmallHD Studio Production Monitors.

At first glance, the freshly announced Studio Production monitors look quite the same as their already available HDR Production line of monitors. That’s no coincidence since both models sport the same rugged design, the same built-in software, called pagebuilder OS, the same color accuracy and the same amount of inputs and outputs. Even the back of the monitors is the same so you can mount things like wireless video receivers or battery plates using the RapidRail Shoe Mount System.

Check out the full details about the HDR Production line in our previous post by Tom and in the NAB post by Fabian.

So why bother bringing out yet another line of almost identical monitors you ask? Good question.

Daylight viewability is an incredibly convenient feature of our large HDR displays, but for those shooting in controlled lighting environments, the new 1703 and 2403 ‘Studio’ are perfect for the video village and ACs.

The only real difference is the lower brightness of the SmallHD Studio Production line of monitors. Therefore, they come with a much friendlier price tag. I think this is a smart step that will grant the company some new customers. Let’s face it; the HDR models are quite pricey. 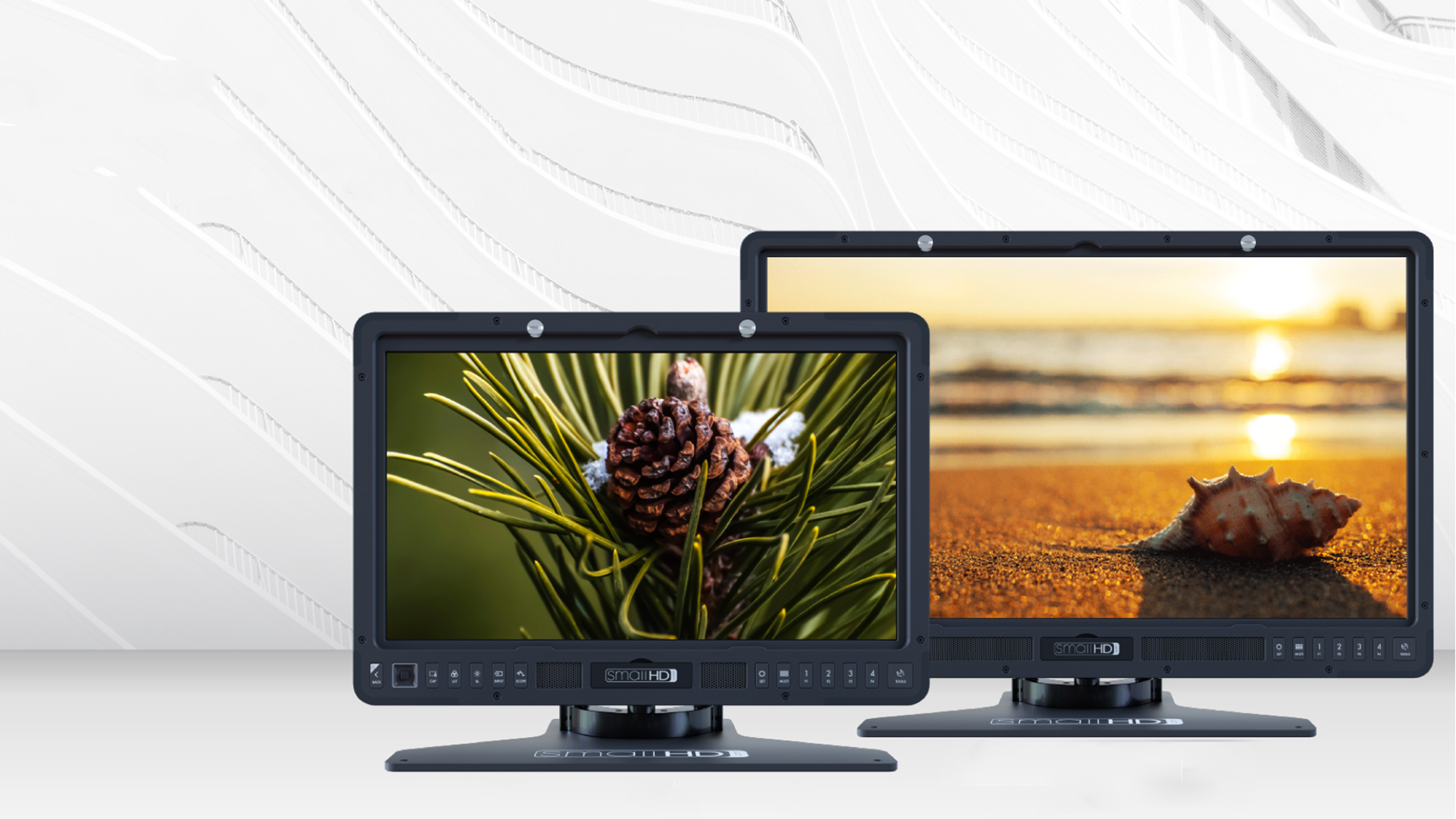 As it gets a little confusing regarding specifications when looking at five quite similar monitors, check out the following chart: 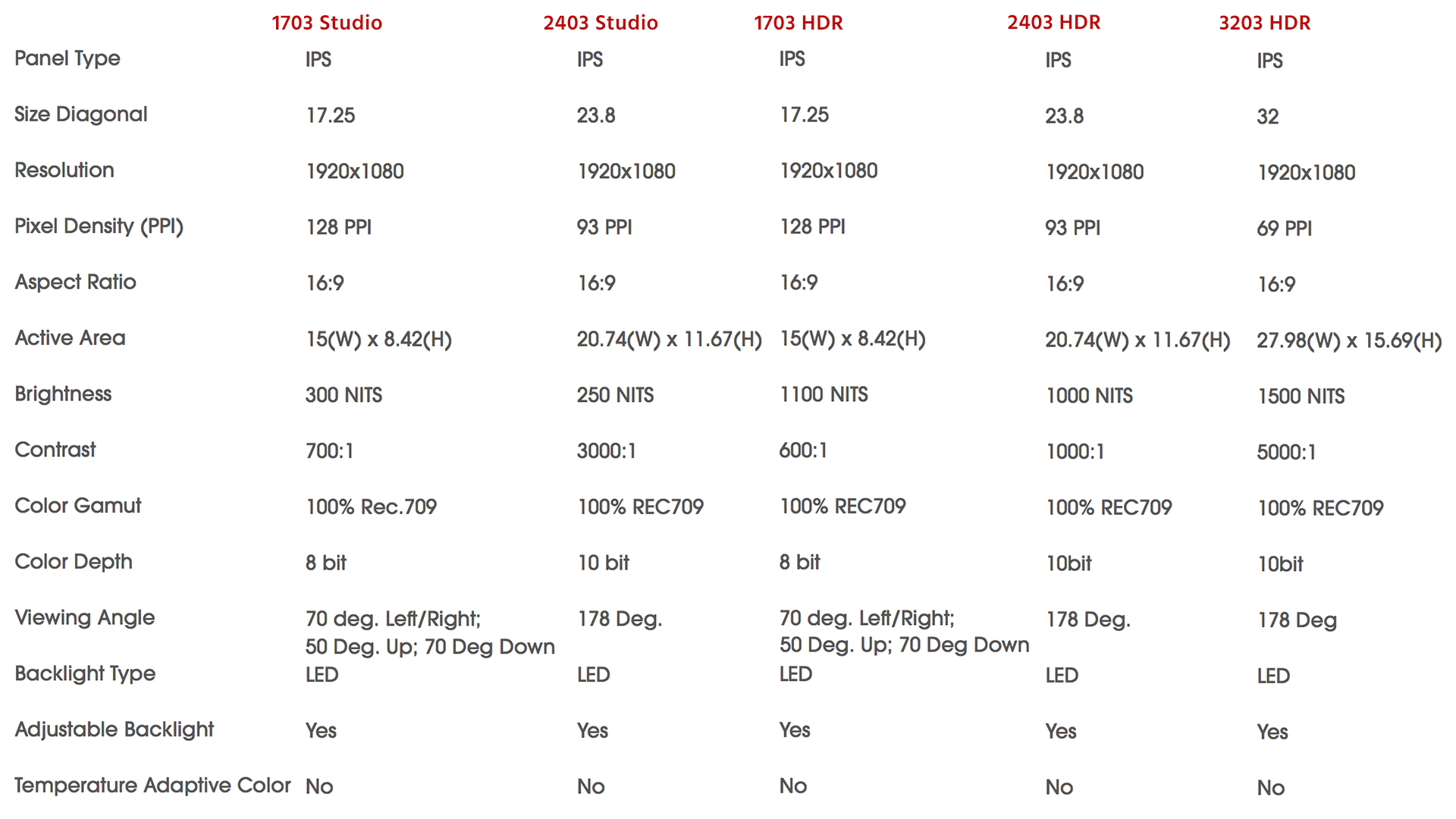 As you can see, the one difference between the models that truly stands out is the brightness. The much more expensive HDR models sport almost four times the brightness than the Studio versions.

Actually, that’s it. No more differences between the Studio Production line and the HDR Production line. All five models come with pagebuilder OS, a neat operating system originally developed for the 500 series and now being optimized for their larger monitors to control each and every setting of these devices.

Just as with the HDR monitors you can store frame grabs to an SD card, hidden behind the SmallHD logo. You’ll also retain the ability to customize and save your very own page setup on that SD card.

The whole range of monitors, HDR and Studio versions, is scheduled for May 2016 delivery, except for the 24 inch HDR model, which will be shipping in July.

What do you think? Is this a smart move we’re seeing here or is it just a frantic price drop to sell duller monitors? Either way, it is good news for the customers – more choice is always better, that’s for sure!

For all the details, visit SmallHD’s site.