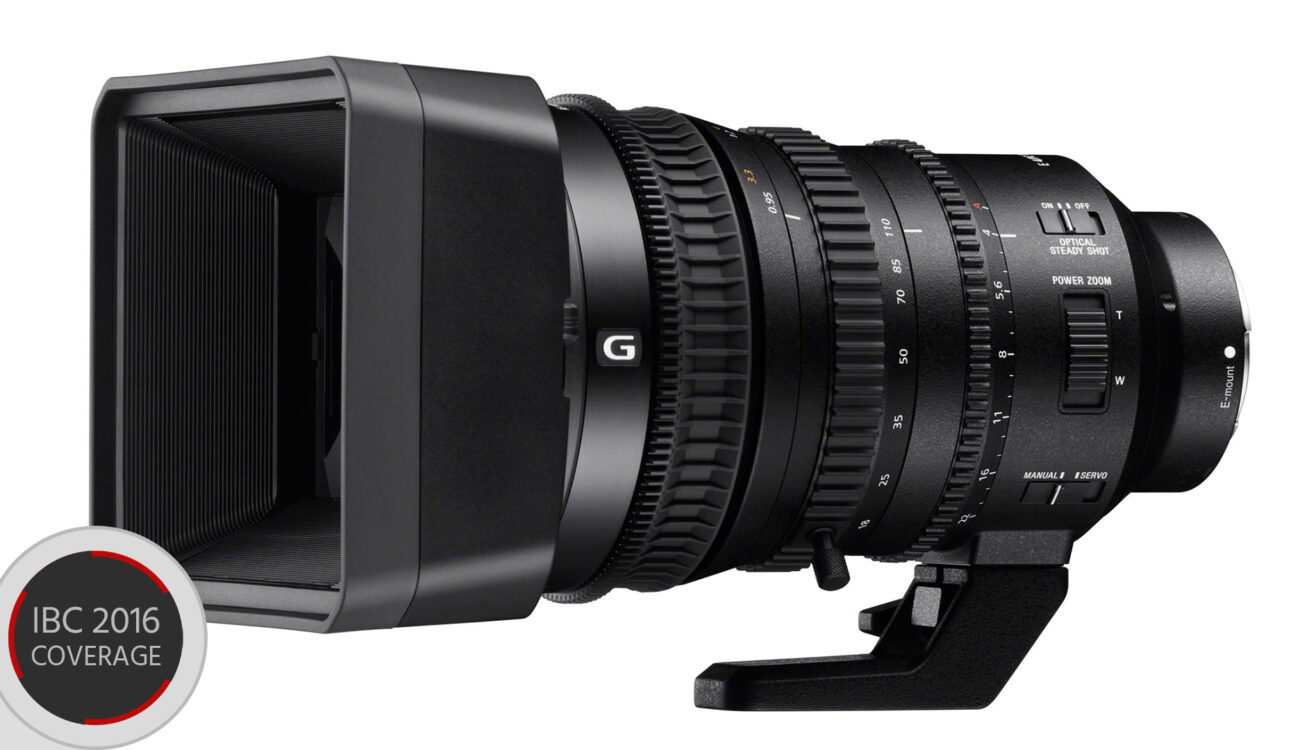 Sony has just announced a new zoom lens for pro videographers at this year’s IBC. The Sony 18-110mm f/4 s35 lens features a nice zoom range at a constant f/4 aperture, an E-mount and, of course, 4K resolution. 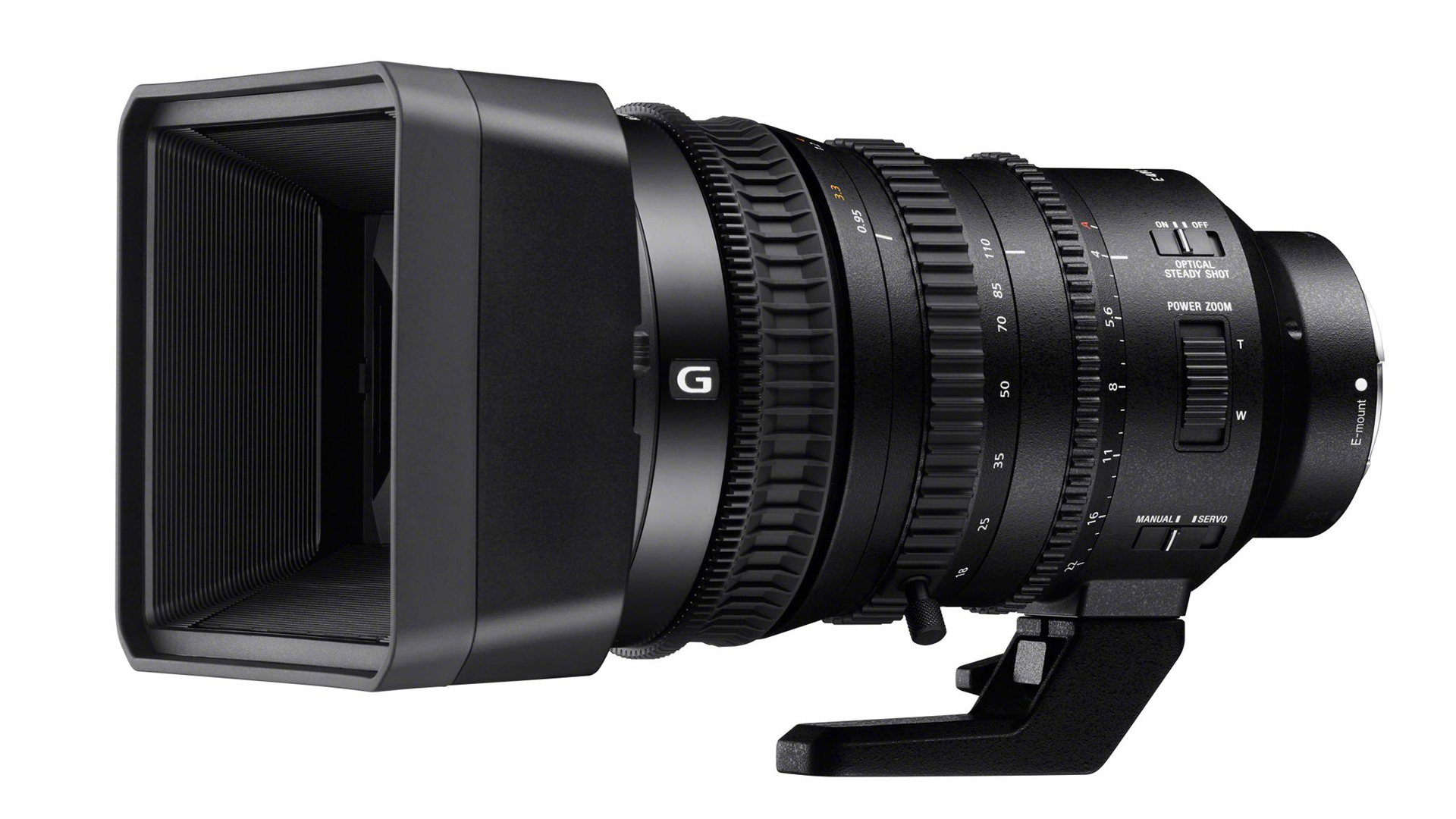 This new s35 E-mount lens features a very decent zoom range of 18-110mm (equivalent of 27-165mm in full frame) and it’s clearly aimed at pro videographers who depend on being able to capture a wide focal length range at a constant and relatively fast aperture. Another welcome feature of the Sony E PZ 18-110mm f/4 is the weight of this lens, which is just 1105 grams (1.44 lbs).

It features a technology called Smooth Motion Optics (SMO), which is designed to smooth out internal movement of the lens groups. The result is the absence of axis shifting, no focus shifting and only minimal focus breathing when zooming. It features internal focus as well as internal zoom, so the overall length of the lens will not change when zooming in. The well known Optical SteadyShot by Sony has also been implemented and, of course, it’s capable of shooting 4K resolutions.

There are three separate rings for focus, zoom and iris, and you can control the zoom either via the built-in power zoom control or just manually via the dedicated ring. Also, the direction of the zoom ring can be reversed. 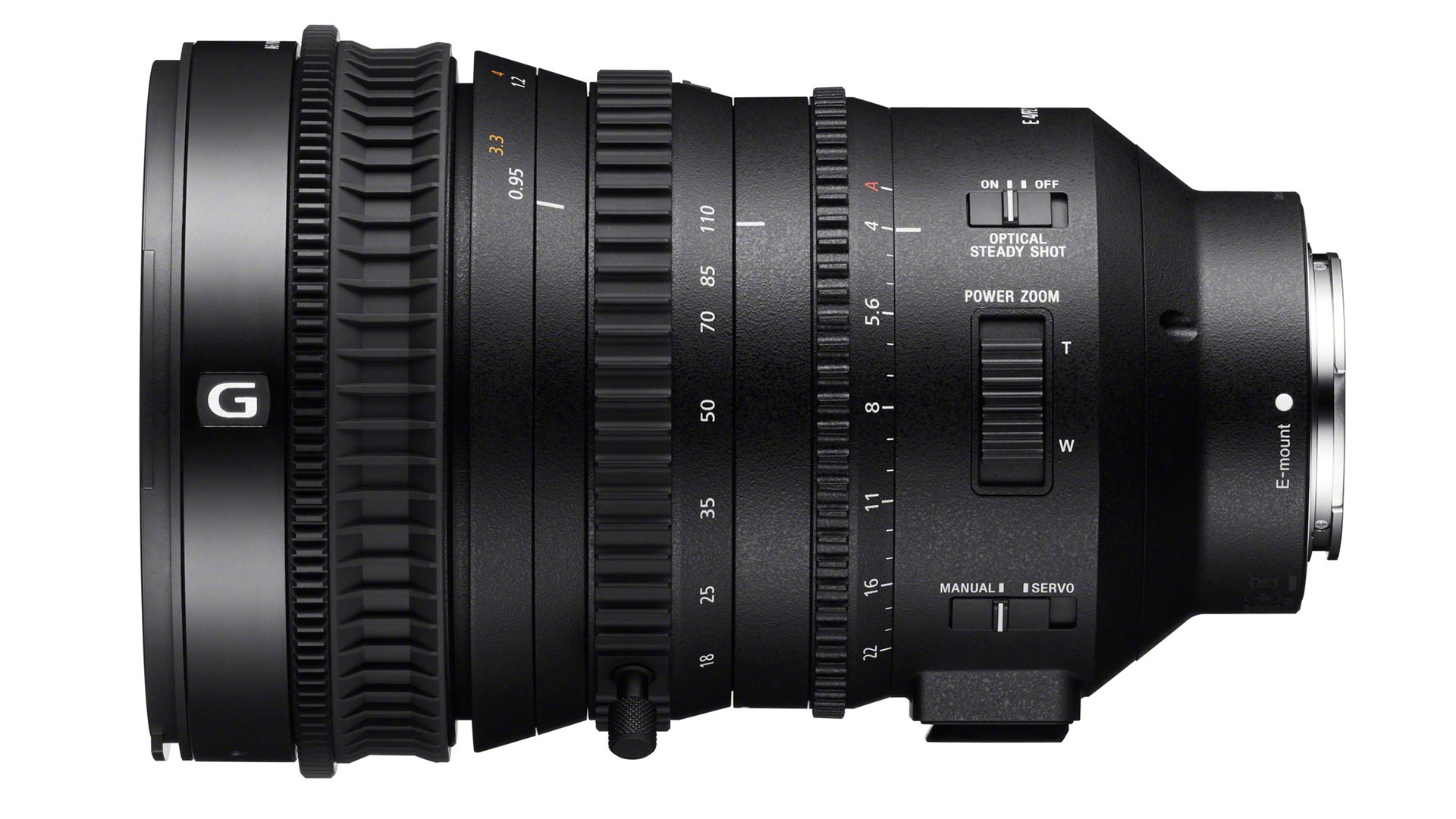