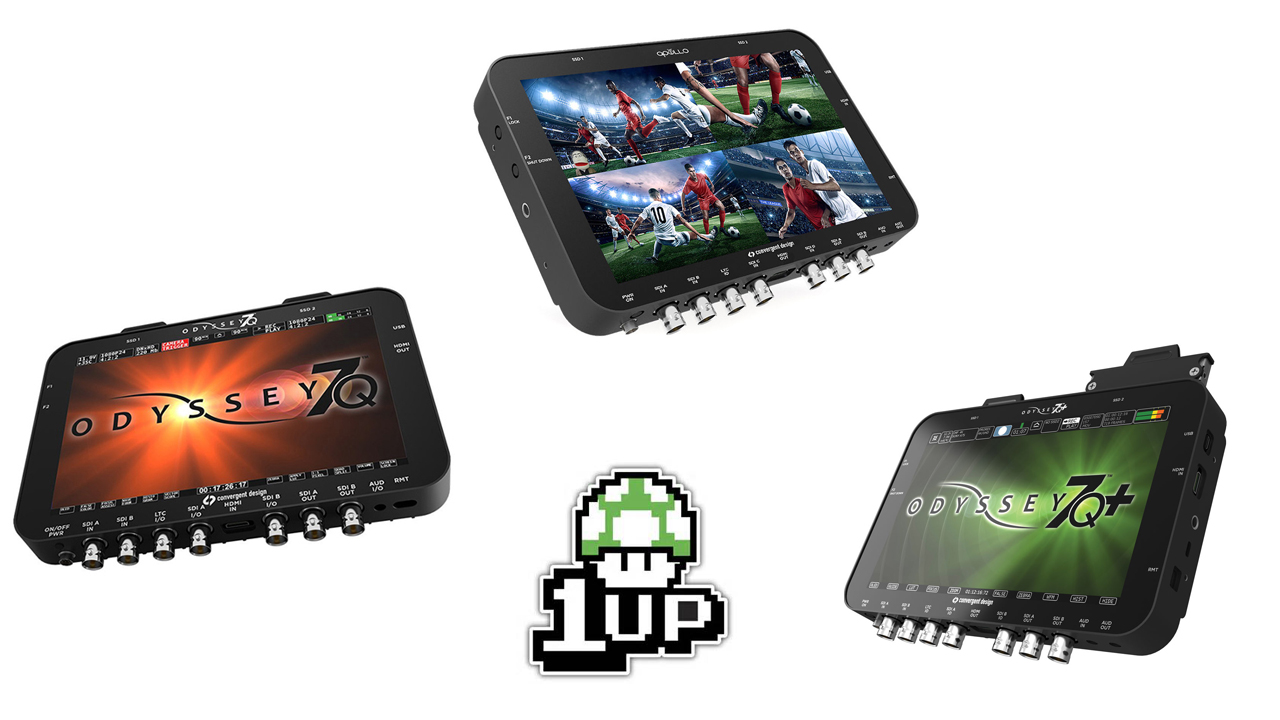 Convergent Design must have been paying attention with regards to public opinion of their update policy. Today, they’ve announced a major firmware update for their whole line of monitors/recorders: The Odyssey 7Q / 7Q+ as well as the Apollo.

Alright, that’s a lot of nerdy tech talk in the headline. Let’s dive straight in: The so-called 2016.01 update brings numerous new and unique features to all three monitors/recorders. First of all, it allows dual 4K or UltraHD recording with the Apollo. The 7Q and 7Q+ need the (paid) Apollo upgrade to support that feature. As both the Apollo and the Odyssey 7Q+ are equipped with 6G SDI inputs on the hardware side, it’s now possible to use the HDMI connector as a 4K input, as well as the SDI A and SDI B connectors as a single 6G input for 4K or UltraHD Video. For example, you could feed the recorder with one of your 4K streams over HDMI while connecting the second source over the SDI A input. The 6G SDI interface is supported by some Blackmagic Design cameras, like the URSA mini.

If you are using the Odyssey 7Q, you still can record dual 4K or UltraHD, but as the 7Q only sports 3G SDI inputs, you will need to use a dual link 3G SDI connection. Use SDI A and SDI B for your first source of 4K video and the SDI C and SDI D Inputs for your second source. In both cases, the available recording formats are 23.98 fps, 24 fps, 25 fps, 29.97 fps or 30 fps. 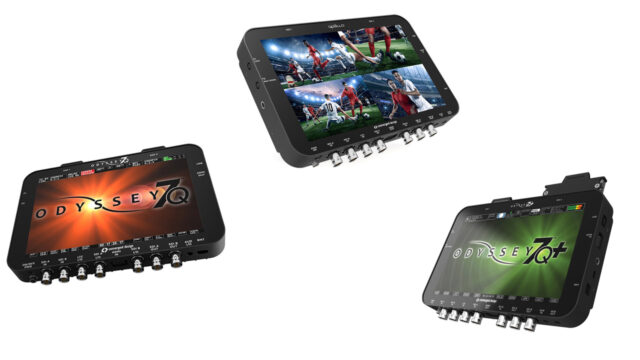 If you aren’t a proud owner of the Apollo or one of the Apollo upgrades for the Odyssey range of recorders, there is still something to announce! With the new firmware update, the 7Q and 7Q+ recorders are now capable of recording a single stream of 4K video @ 50fps / 59.94 fps / 60 fps over quad-link SDI. Again, there is no need for an Apollo or the Apollo upgrade for the other recorders to enable this new feature. Nice! The only thing is, you’ll need a camera that supports video output over quad-link 3G SDI, such as the Sony F55 or the Panasonic Varicam35 (you are familiar with the menu already, am I right?).

Next up, the Apollo and Odyssey 7Q/7Q+ with Apollo upgrade are now capable of recording four 1080p streams @ 50 fps / 60fps at the same time. Also, the developers tweaked some requested features such as switching between the different streams while recording and they improved the workflow while in ‘live switch’ mode, as well. Now, the previous program channel becomes the preview channel automatically, so you just need one tap to switch between two often used streams.

Check the video below for all the details regarding the 2016.01 Odyssey and Apollo firmware update. It’s about to be released, check the convergent design’s upgrade site to download.

That’s a lot of stuff for a free update, and it’s really nice to see how Convergent Design is improving their range of monitors/recorders. Maybe Atomos has become a role model for that kind of policy? As I covered the recent price drop for the Odyssey 7Q+, I mentioned the different approaches of both companies regarding firmware updates. With this update, convergent design might have changed their mind a bit which would be great for their customers. Still, they offer paid stuff like the Apollo upgrade or the RAW bundle upgrade but with this firmware feature boost, there is a better balance between paid and free upgrades, I think.

EDIT: Convergent Design just contacted us in order to clarify their update strategy. They are pointing out that they have delivered several firmware updates over the past years, all free of charge. Every update included new or improved functions for their Odyssey line of monitors/recorders. Some of the added features were responses to requested features, some contained brand new functionalities. I appreciate the heads up and I apologize for any confusion.

So, the race is on! What do you think the next move from Atomos headquarters should be?