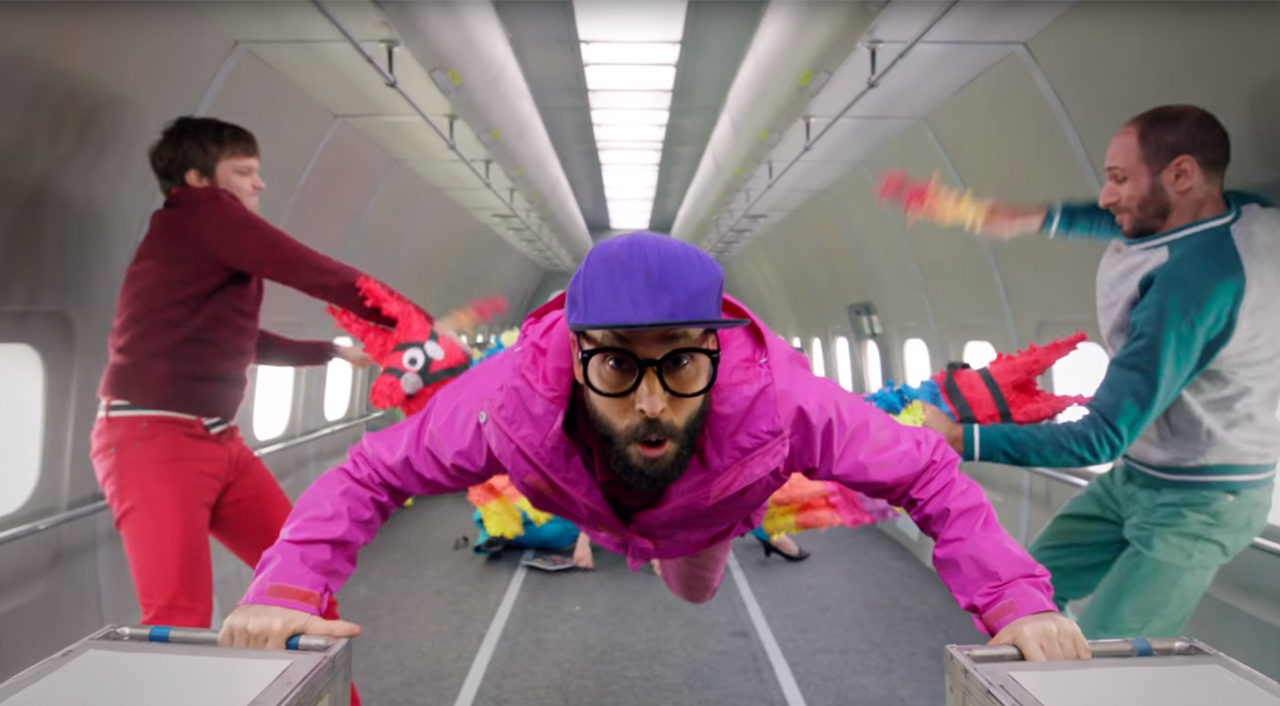 OK Go has released a BTS showing great insight into how they achieved their ambitious single shot, zero gravity music video for Upside Down, & Inside Out. 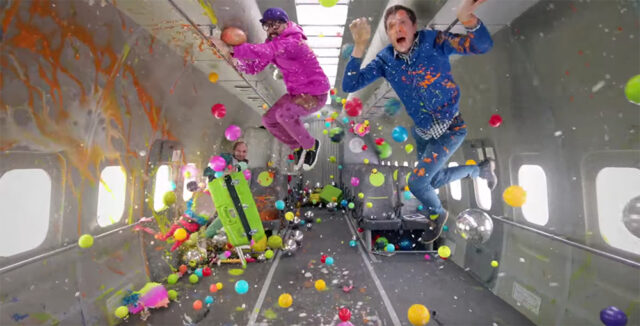 First thing’s first, if you haven’t already you must check out the video:

To say there were a couple of challenges filming this would clearly be an understatement.

It’s not quite as simple as choreographing some fun and games and enduring a zero gravity flight, if only if it were that simple.

Check out the below behind-the-scenes for a fantastic insight in how they filmed the single shot music video; overcoming the restrictions of only 27 second zero gravity stints, all the planning involved, not to mention the nausea.

In a nutshell, their 21 flights only enabled them with 27 second stints of zero gravity. it then took 4-5 minutes to gain enough momentum to generate another stint.

The song was divided into 8 27-second segments which were performed in zero gravity, the 4-5 minute sections were then cut out and using morph blending were merged together.

Unfortunately the song doesn’t quite divide into 27 second segments so easily, each verse and chorus is more accurately 21 seconds.

To combat this, everything was shot and performed 28.5% slower, so that when sped back up in post it would match the 27 seconds they had per zero gravity stint.

The below alternative BTS video surfaced around the same time as the official video release, it plays out all 8 takes of the grand finale, a scene production nicknamed Thunderdome

OK Go can no doubt be considered pioneers of the conceptual music videos, from zero gravity music video to treadmill mounted dance routines to Busby Berkeley-esque choreographed wizardry, each video is guaranteed to pluck on the harp strings of unique-ness.