Johnnie had a chance to be one of the first to get his hands on the new Olympus E-M10 III and test its video capabilities. 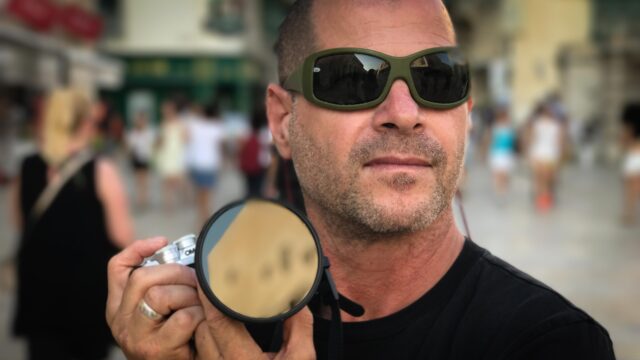 Finally, a short family summer vacation. It is time to pack, leave work behind and slow down to the point that only the necessary body organs are working (brain excluded). But wait, whom am I kidding? The courier just rang the door bell, bringing a small package containing the shiny new Olympus E-M10 III. Now, as a workaholic, my options are limited: cancel my vacation and risk an immediate divorce, or pack my production bag and search for a story to shoot while on vacation. Knowing from past experience that mixing a family activity and work is a bad idea, I decided to leave behind my ambitions of a big production and scale everything down to the minimum. My simple tourist setup consisted of this small new Micro Four Thirds camera, the extremely cheap Olympus M.Zuiko Digital ED 14-42mm f/3.5-5.6 EZ pancake kit lens and my trusted Heliopan Vari ND filter. THAT’S IT – no tripod, no slider, no gimbal, just pure simplicity. And enough to be reassured that there is no substitute for having fun when filming with a small camera, no matter how good its bigger brothers may perform.

In 2015 Olympus introduced the E-M10 II, a Micro 4/3 camera that didn’t capture our attention as it had very little to offer the casual filmmaker. With the introduction of the new E-M10 III, however, Olympus is aligning itself with other manufacturers such as Sony with its a6500 or FUJIFILM with the XT-20 by bringing to market a capable compact photo camera that can shoot high-quality 4K video. Make no mistake, though: this is NOT a camera that should replace your beloved filming machine. If you look at the camera’s price of €799 and its specifications, you will immediately see that Olympus was not targeting the professional crowd BUT – and this is a big but – if you are a person who loves traveling and looking for a camera to accompany you on your trip, this might be the one for you. 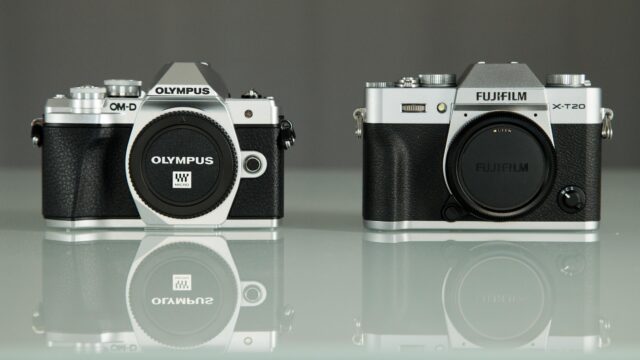 Ergonomics and ease of use:

Looking at the new E-M10 III camera, you will have to agree that Olympus did a great job at designing a camera that simply looks great. It is stylish, very comfortable to hold and the buttons are easy to access – although it may very well be the case that if you have big hands, the camera might be too small for you to hold.

On the top left hand side you will find the on/off switch and, next to it, a button to change between the different video shooting modes. Mind you, the main camera dial has to be on “video” in order for this to function as described. On the right hand side you will find the main camera function dial, the shutter release button used for taking photos and also for controlling aperture, the physical shutter speed knob (set to 50 in my case as I was shooting in 4K UHD 25p), the 2x magnify button (Fn2) and, under it, the video recording button. Personally I would have like those two to have been the other way around, as I occasionally found myself pressing magnify instead of record. Half an inch below you will find an additional customizable button (Fn1), which in my case was configured to enable peaking.

At the back of the camera you can find numerous buttons. The one I used most were ISO and OK, the latter of which brings up relevant information for your video shooting session, making it very easy to control and adjust settings for color shooting mode, ISO, WB, Focus mode, camera shooting control (P, A, S, M), photo resolution, settings, and lastly, the video resolution and possible frame rates. On top, you can find the handy INFO button that clears the display, and the MENU button to access the rest of what the camera can offer. In general, the VIDEO tab in this menu is clear and will let you adjust your audio recording level (more on that later), your video frame rate, and the desired 5-axis image stabilization setting: off, sensor shift only, and a combination of sensor shift and digital manipulation. 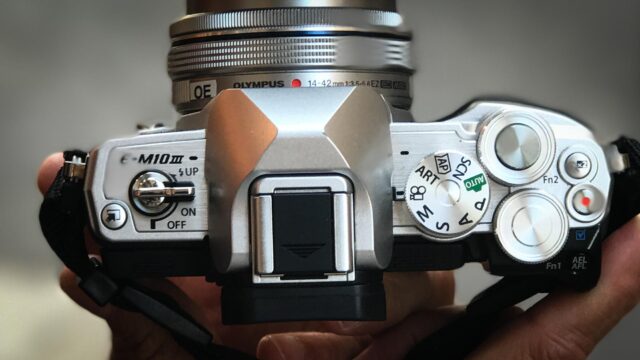 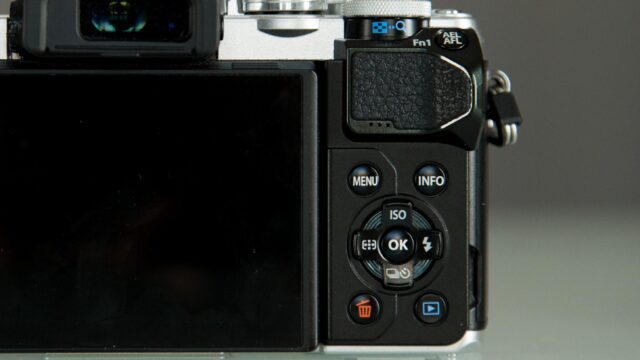 My biggest grief is that switching the camera on while in video mode will ALWAYS present you with a screen showing you various shooting options. This will not disappear on its own and it can’t be ticked off via the menu. This, on top of the almost 3 seconds that it takes for the camera to boot up, is a recipe to miss some precious video moments. 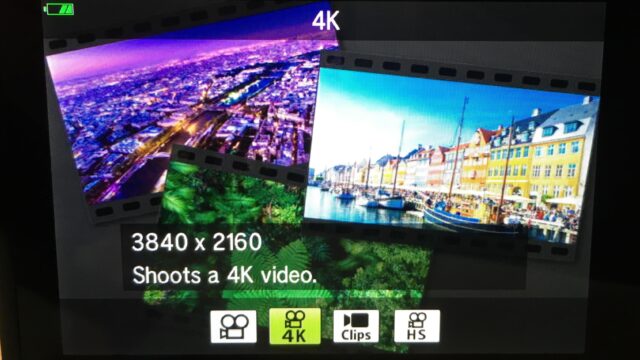 The “video shooting opening screen” – Always there and cannot be disabled 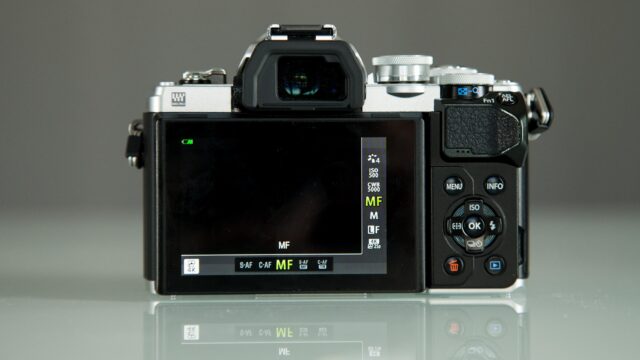 The picture quality in 4K is very decent. Many of the shots I took presented some noise, but I must say that it looks very organic so it doesn’t distract too much. That said, the limitations of an 8-bit codec combined with an average data rate can be evident at times. As the camera is not targeted for professionals, Olympus chose to skip the high data rate available in the OM-D E M1 Mark II when shooting in DCI 24p mode (up to 237 Mbps). Instead, both cameras share the same exact data rate (up to 102 Mbps) when shooting in 4K UHD mode. I have’t had the time to test the HD quality of this camera (1080/50p, 1080/25p and 720/25p), but I did test the high frame-rate shooting option, but unfortunately my conclusion is to avoid it altogether. A modern camera that shoots 120fps at a 720p resolution is nothing to write home about.

When it comes to audio, the new Olympus offers very limited functionality. With NO headphone or mic jacks, there is no way to achieve high-quality audio recording. That said, Olympus offers full control of the internal microphone, including visual audio meters. By the way, adjusting the audio level to minimum still records sound. If you need to mute the sound altogether, search for “Movie” and a mic symbol in the main video menu.

The EVF is fine. I’ve seen sharper ones, but this one is absolutely usable. You can find a physical button to the right side of the EVF to control the eye sensor and EVF/LCD switching mode. It is also worth mentioning that the plastic eyepiece is removable and in theory it should be easy to replace with a proper soft cushioned alternative. The LCD is fine too, and one of its biggest strengths is touch-screen focusing, a function that works wonderfully most of the time. (As long as you don’t exceed the capabilities of the lens you use)…. One nice additional feature is the ability to enable/disable the touch screen focus function from within the screen so there no need to search for it in the camera menu). On the other hand, the LCD’s biggest drawback is its limited swivel functionality. The tilting option is limited – you can’t watch yourself if V-logging – and flipping it out is not possible at all.

Olympus chose to limit the high ISO sensitivity of the camera to 6400. I would definitely proceed with caution when attempting to use ISO 1000 and up. The relatively small Micro 4/3 sensor when compared to APS-C and full frame shows its limitation here, and I can only suggest using fast lenses and/or the Metabones T Speed Booster Ultra 0.71x Adapter for Canon EF-Mount Lens to Micro 4/3-Mount Camera adapter.

In the stabilization department, I found the E-M10 III to be a bit inferior to the bigger Olympus OM-D E M1 Mark II, a camera we’ve come to get used to as it was used for most of our Essentials episodes. When shooting hand held and trying to imitate rock solid tripod shots the stabilizer works like a treat, but it is when trying to imitate gimbal shots that the difference becomes evident. The picture is definitely more jumpy and less smooth than with the OM-D E M1 Mark II. As a side note, the widest focal length I tried working with is 14mm. I will definitely try again using wider lenses and see if I can get better results.

Other important points to consider:

The lens is very basic yet incredibly compact and fun to use, with a good build quality. The focal length is 14-42mm, or 28-84mm full-frame equivalent, and its minimum focusing distance is about 10 cm. When changing focus between objects, the lens hardly breathes. It is sharp in the middle (you will have to close down to around f/8, not that I ever did) and, as expected, it’s soft in the corners. For the price ($199 when bought separately) there is not much to complain about. If you’re on the go and on a budget, this is the lens for you. 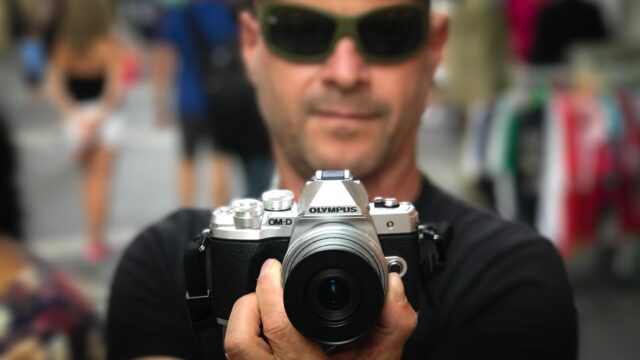 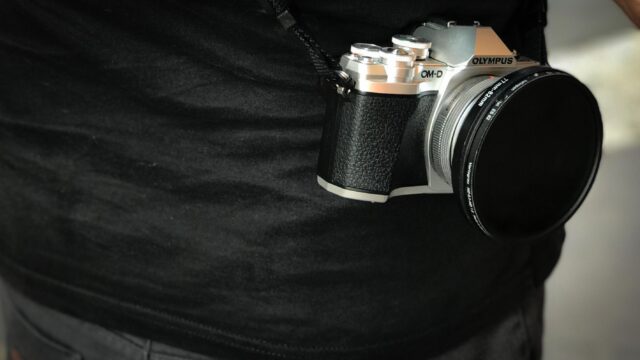 The Olympus E-M10 III is simply a fun camera to shoot with. True, it is far from being perfect when it comes to video picture quality and specifications, yet it elevates the “spirt of doing” to a very productive level. Considering the price (including the kit lens) and the ease of use, I can easily recommend it to anyone who needs a small and capable travel companion.

Before concluding this review, a word to Olympus: you’ve created a fine product. I only wished a higher data rate, flat picture profile and – dare I say – microphone and headphone input/output were included in the specifications. While it is too late for the latter for sure, it is not too late to consider the other two.

A big thank you to my family for their patience, Tim for the photos and Churchill Restaurant-Gozo