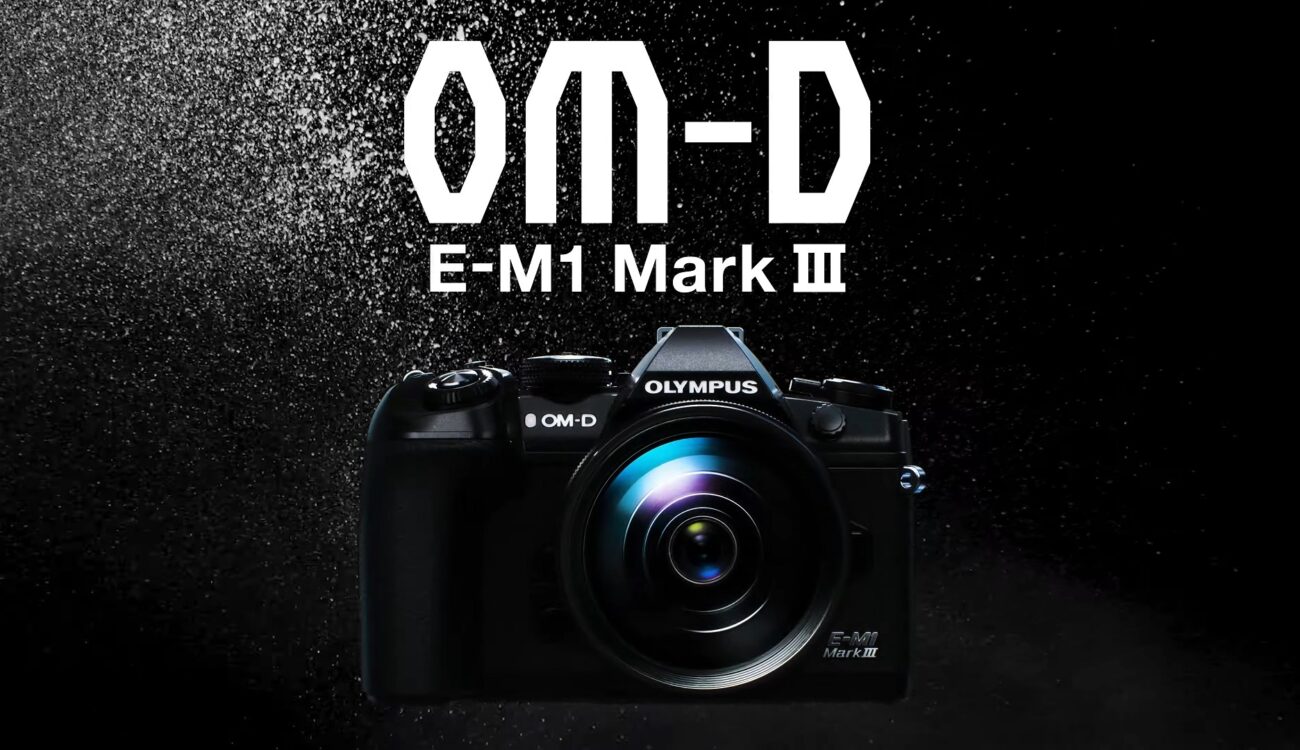 The Olympus OM-D E-M1 Mark III is a new 20.4MP Micro Four Thirds camera with an impressive image stabilization system that compensates up to 7.5 shutter speed stops when paired with a compatible stabilized lens. There are many professional photographic features such as 50MP handheld High Res shot and Live ND. The improved autofocus works for video as well. The camera records only H.264 8-bit 4:2:0 video internally up at to DCI 4K 24fps. 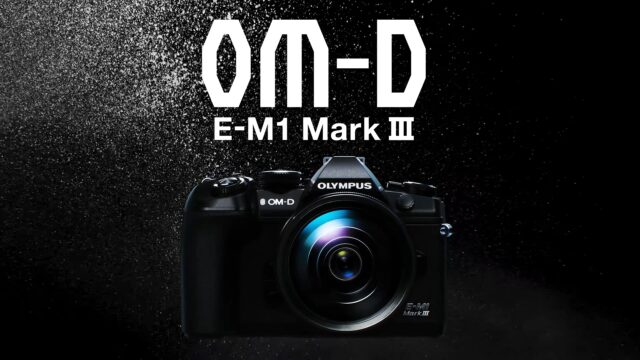 Along with Panasonic, Olympus has been a proud propagator of the Micro Four Thirds system for years. Panasonic, who lately invested a lot into their full-frame L-mount LUMIX ecosystem, has been known for a more video-centric approach to their cameras. Olympus, on the other hand, mostly offered better features for photographers. With the recent announcement of the new Olympus camera from their OM-D line, it seems to continue this trend, although there are some minor improvements in the video capabilities as well.

Perhaps the most interesting new feature of the E-M1 Mark III is the stabilization. Olympus has been implementing the 5-axis sensor stabilization in their cameras for a while and now it seems they managed to take it a bit further. Olympus says the OM-D E-M1 Mark III offers the world’s best compensation performance. The in-body only IS delivers approximately up to 7.0 shutter speed steps of compensation, and 5 axis sync IS with compatible lenses offers approximately up to 7.5 stops of compensation.

The compact and lightweight body of the E-M1 Mark III is built out of magnesium alloy and it is dustproof, splashproof (IPX1), and freezeproof till -10℃. The camera is compatible with USB charging so it can also be charged from a power bank. It is compatible with the USB PD standard for maximum power supply of 100W, which can fully charge the battery in two hours. 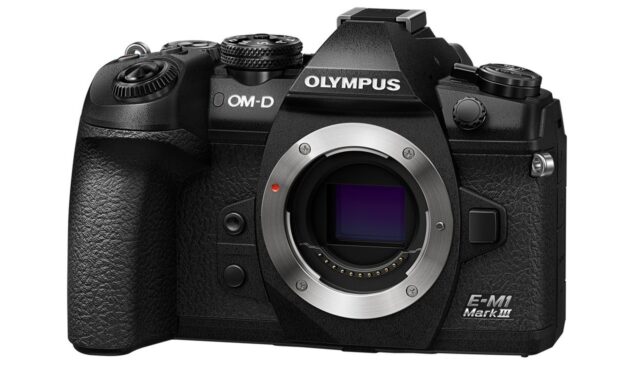 When it comes to a dust reduction system, the E-M1 Mark III equips the Supersonic Wave Filter (SSWF) which vibrates at over 30,000 times per second, to remove dirt and dust which go into the body when swapping lenses and stay on the surface of the image sensor. The camera’s shutter unit is rated for 400,000 operations. 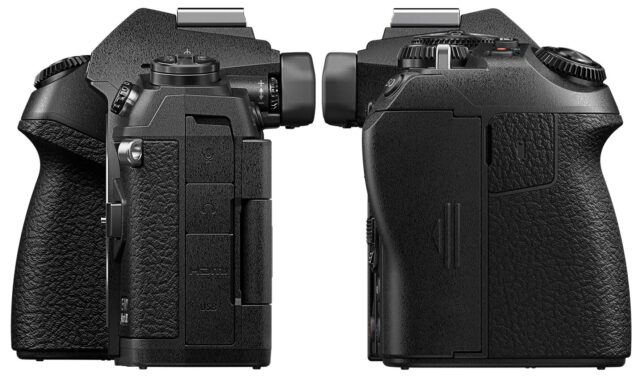 The camera features 3.5mm jack input for microphones as well as a headphone jack for monitoring the audio. Olympus also used the flip-out screen. There is also a dual memory card slot with various recording modes: 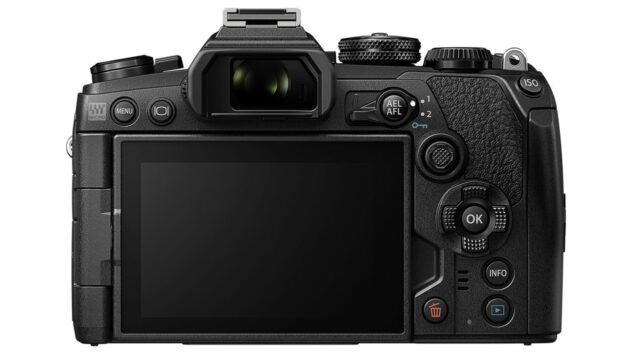 The camera includes an advanced AF system and high-speed performance. It is capable of a maximum 18 fps AF/AE tracking high-speed sequential shooting. Live View display is supported during sequential shooting for precise tracking of even fast-moving subjects. Furthermore, a new AF feature “Starry Sky AF” has been developed. It enables accurate autofocus for stars in the night sky. Face-priority / eye priority AF have been advanced in detecting accuracy and tracking performance. 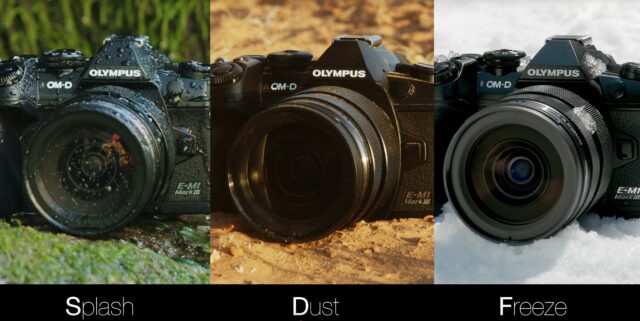 When it comes to autofocus for video shooting, the E-M1 Mark III utilises On-chip Phase Detection AF and AF algorithms which have been inherited from the OM-D E-M1X and results in precise AF. Total four AF target modes for video shooting including Group 9-point and Group 25-point are available and the C-AF sensitivity and operation speed can be customised as well. The Multi-selector allows moving the AF area even during video shooting.

Olympus offered the high-resolution mode in previous cameras. With the E-M1 Mark III, users can shoot up to 8160 x 6120 (approximately 50MP) images in handheld mode or up to 10368 x 7776 (approximately 80MP) with a tripod. This feature uses sensor-shift and composes the final image from pixel information of 320MP captured by 16 shots.

Another cool feature is Live ND, which extends the exposure time and allows the capture of images using the effect of slow shutter speed by merging multiple exposures together. For still images, the result is the same as with standard ND filters, but this feature cannot be used for video capture. Five levels of the Live ND effect can be selected from ND2 (1 step) to ND32 (5 steps) and the effect of the slow shutter speed can be seen real-time in the viewfinder or LCD screen before capturing.

Pro Capture allows recording to begin on the first release, capturing up to 35 frames retroactively from the second release. This feature can capture shots that might otherwise be missed due to the time lag between people’s reactions and camera operating time lag. It works in both RAW and Jpeg with no frame blackout.

At cinema5D we are always focusing more on video features of cameras. In this regard, the Olympus OM-D E-M1 Mark III brings only slight improvements over its predecessor E-M1 Mark II. The available recording modes are:

The video recording format is MOV (MPEG-4AVC/H.264) and maximum recording time is approximately 29 minutes. The camera can also record up to 120fps slow-motion video in full HD (1920 x 1080). You can adjust the playback frame rate between 24P and 60P upon shooting.

When it comes to stabilization during video recording, there are two modes: 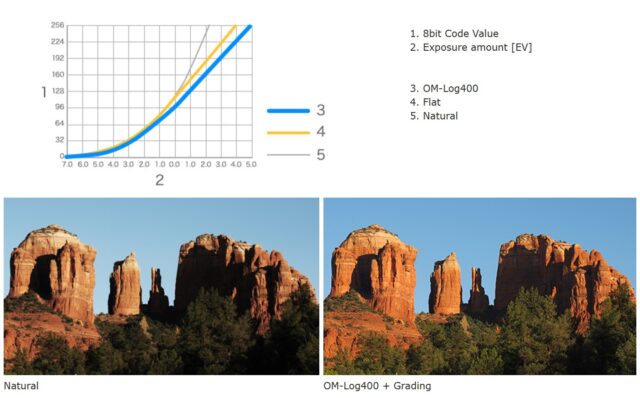 The HDMI connector outputs 4:2:2 signal, so when paired with an external recorder, like the Atomos Ninja V, the video signal can be recorded as ProRes file. monitor connection for authentic video production tasks. When recording simultaneously on the camera, 4:2:0 is upsampled to 4:2:2. Some functions may not be available depending on the external monitor used.

A combination of the E-M1 Mark III and the Olympus PCM audio recorder LS-P4 allows better video recording with higher quality sounds. The LS-P4 can record sound by itself and it can be used as an external microphone as well while backing up hi-res sound in the recorder. With the new firmware of LS-P4 version 1.10 which is released at the same time of E-M1 Mark III release, “Slate tone” function which is useful for editing sound file and “Test tone” which supports level adjustment will be added.

Olympus already offers the 12-40mm f/2.8 PRO lens, which is one of the best standard zoom lenses for Micro Four Thirds system. The new Olympus M.Zuiko Digital ED 12-45mm f/4 PRO should be its more affordable and more compact version with extended reach. It offers 24-90mm full-frame equivalent focal length while keeping the constant aperture of f/4. The dimensions of the lens are 2.5 x 2.76″ (63.4 x 70 mm) and the weight is 8.96 oz (254 g) 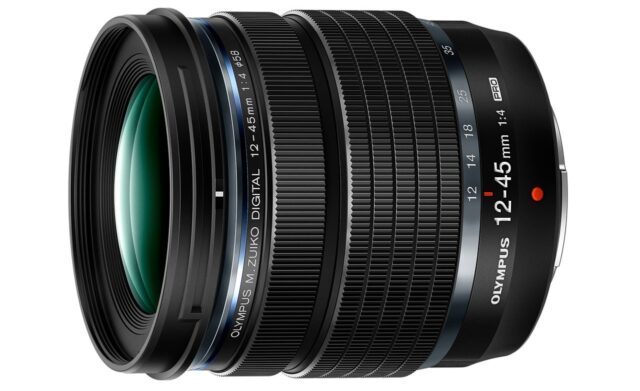 Minimum focusing distance of 4.7″ at the wide end and 9.1″ at the telephoto end pairs with a 1:2 maximum magnification ratio to suit working with close-up subjects. The aperture consists of the rounded seven-blade diaphragm and it is available between f/4 and f/22. There is a 58mm front filter thread. There is no image stabilization in the lens. 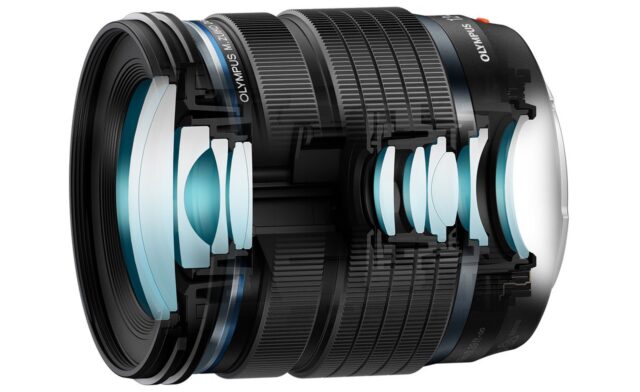 The optical design should suppress spherical aberrations, color fringing, and distortion in order to produce sharp, color-accurate images. A ZERO coating is also featured, which controls flare and ghosting for improved contrast when working in bright and backlit conditions. The lens is weather-sealed to enable its use in trying weather conditions.

What do you think about the new Olympus OM-D E-M1 Mark III? Did you use Olympus cameras before? Let us know in the comments below the article.