Vienna-based filmmaker Tamás Kiss tested the LUMIX S1H and Ninja V 12-bit ProRes RAW workflow for cinema5D. Take a look at the resulting video as well as thoughts on the filmmaking and post-production process in Adobe Premiere Pro.

Announced back in May 2019, the LUMIX S1H is Panasonic’s latest flagship full-frame mirrorless camera (check our review here). On top of its H.264 and H.265 10-bit internal recording modes, the camera can also output 12-bit RAW video signal over HDMI. More precisely, it will be able to do so – the required firmware update has not yet been officially released. Panasonic announced this feature last year together with Atomos, who will also update its Ninja V recorder to capture the signal in ProRes RAW. 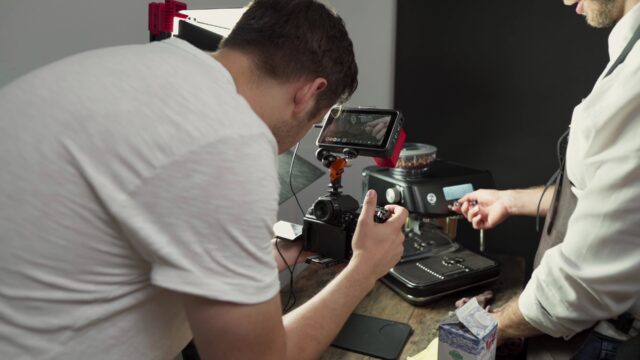 Panasonic and Atomos were kind enough to provide us with a LUMIX S1H and Ninja V testing units with the RAW output and ProRes RAW capture enabled. A Vienna-based filmmaker Tamás Kiss did the test. He shared with us some of his thoughts about filming with this combo and editing the 12-bit ProRes RAW footage in Adobe Premiere Pro:

It is very easy and straightforward to set up the combo – simply a press of a button on the camera and on the recorder and it is ready to go. Good thing is, that all unnecessary settings on the Ninja V are greyed-out in RAW mode to minimize the risk of wrong settings.

I didn’t notice that the S1H would increase the fan speed or that the camera would get too hot during filming. Important point – when sending the RAW signal out via HDMI, it is unfortunately NOT possible to simultaneously record H.264/H.265 internally in the camera. 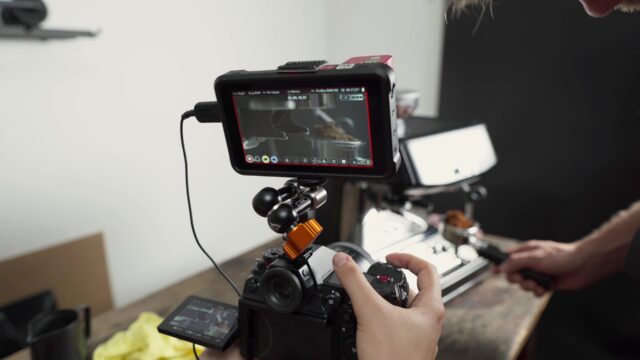 ProRes RAW clips are packaged as MOV files, so the post-production process is quite straightforward. It was easy to import into Adobe Premiere Pro. Because Premiere Pro does not need any plugin to work with ProRes RAW, it works seamlessly – even to the point not being sure whether you really work with RAW. When grading the footage in Lumetri, however, you get reminded that you work with 12-bit ProRes RAW files – there is a lot of flexibility in shadows and highlights to play with the material.

What I missed are the RAW parameters settings (like with R3D for example). There is no way to change for example the ISO in Premiere Pro with the ProRes RAW. This should be possible with RAW. Overall, I was really happy shooting with the S1H – Ninja V combo as both the shooting and editing workflows are really simple and straightforward.

On top of this hands-on article, we are soon planning to release a discussion about the LUMIX S1H – Ninja V ProRes RAW workflow with German/Swiss DoP Matthias Bolliger and colorist Louise Temmesfeld. Stay tuned to cinema5D for that.

Are you planning to take advantage of the ProRes RAW shooting with the LUMIX S1H and Ataomos Ninja V? Do you already have experience working with ProRes RAW? Let us know in the comments underneath the article.