This Argentina-based startup has created the Pandora: a shoulder rig that will power your camera for 12-14 hours, has a built-in light, pre-amps and even a built-in solar panel – yeah, a solar panel. You just have to see it to believe it. 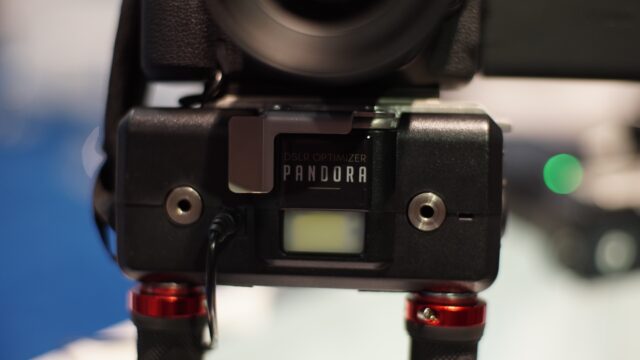 Tucked away in a corner of the South Hall of NAB 2017, you’ll find a one-stop shop for DSLR owners looking to reduce the amount of accessories attached to their camera and make their shooting day easier. Meet the Pandora DSLR Optimizer:

The Pandora DSLR Optimizer is essentially a baseplate with all sorts of power and audio inputs and outputs, as well as 1/4″ accessory mounting threads and even a solar panel for charging up the built-in battery. The Pandora’s power supply solution has enough juice to provide phantom power to the two XLR inputs, but also to increase you camera’s battery life significantly. It also features integrated displays to monitor audio and power levels. 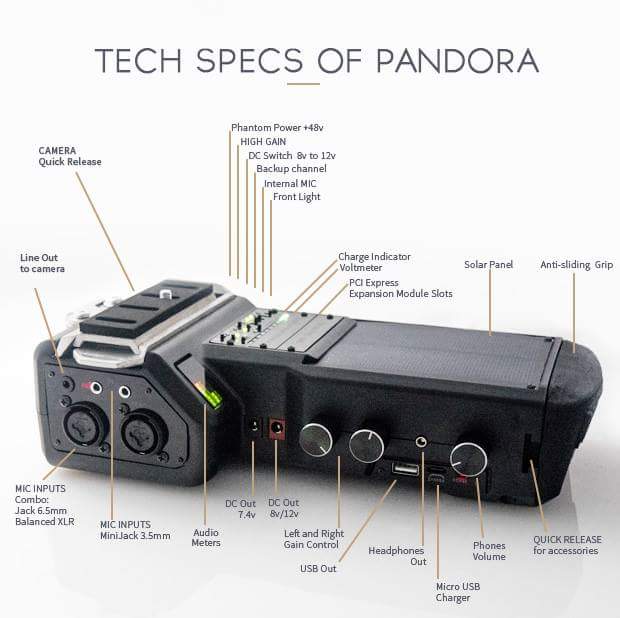 There’s no doubt that the Pandora has an 80’s retro feel, but in a world filled with matte black camera gear, it’s nice to see something with a little flare to the design.

The Pro Shoulder Kit, priced at $1,000, includes 1 shoulder mount, 2 hand grips, 1 power adapter, 1 audio cable, 1 battery holder, and will fit and power most brands of DSLRs and mirrorless on the market, such as Panasonic, Sony, Canon. It also promises compatibility with a variety of Pandora accessories in the future, such as sliders and prompters. It may look a bit unorthodox, but that sounds like a pretty good deal.

Sometimes a manufacturer tries to create a device that does everything. Sometimes that works, but most often the results are less than stellar. You just have to admire the sheer design audacity of Pablo, the inventor of the Pandora, though. There is something about the enthusiasm with which he talks about his work, an enthusiasm that was clearly well transmitted in his successful Indigogo campaign, which raised over $45,000. 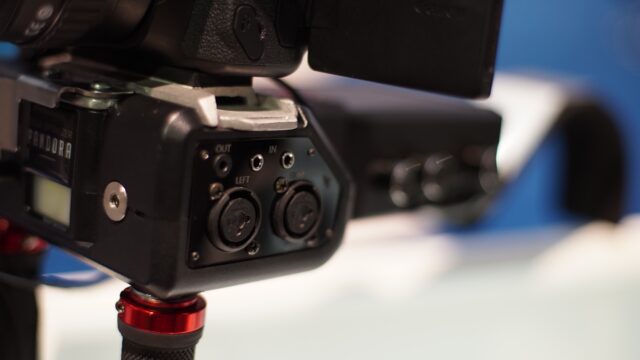 Bringing a product like this to market – especially a crowdfunded one – is difficult, and the fact that it is already shipping makes it something of a rarity in the fast-paced DSLR accessory world.

Could this be the retro DSLR shoulder rig solution you’re looking for? Let us know in the comments below!