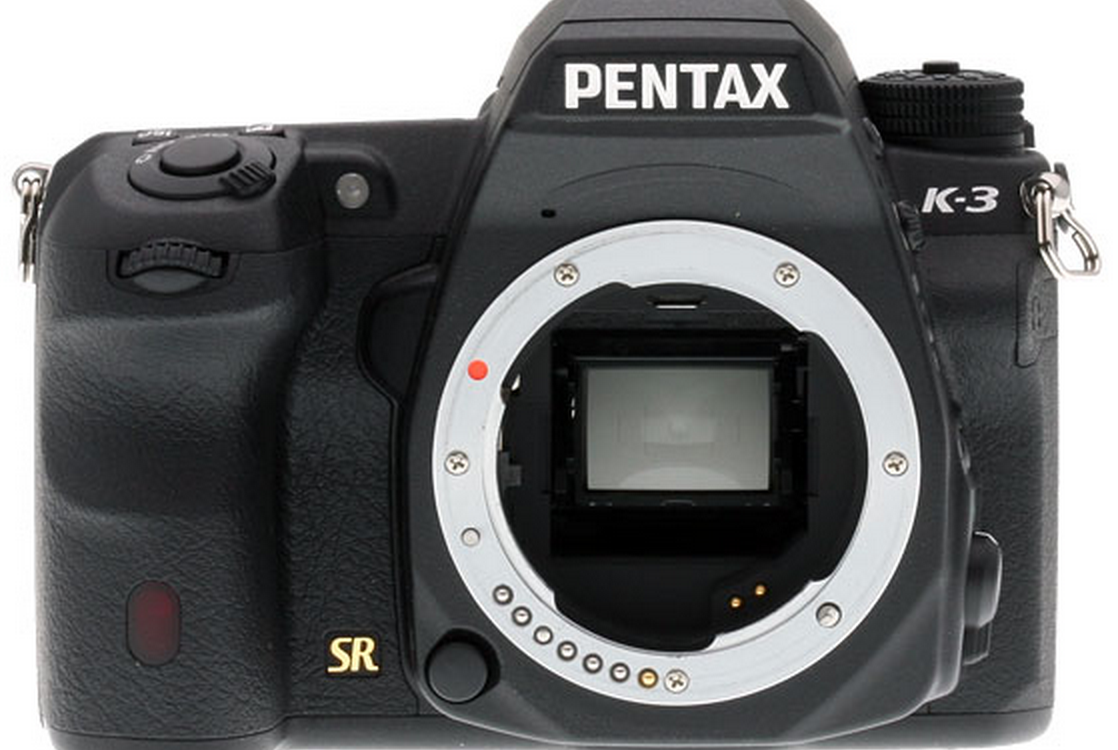 There’s a new flagship camera body from Ricoh Imaging in town – The Pentax K-3. And with features like optional anti-aliasing and sensor shift image stabilizing, it’ll be raising a few eyebrows for video DSLR users.

It comes on the same day as Nikon release an update to their small full frame body, the D610. But with updates only affecting the stills function of the D610, the Pentax K-3 from a filmmaking perspective overshadows Nikon.

One is the K-3’s Sensor-Shift Image Stabilization. We’ve talked about this before, and it’s a feature finding it’s way into many compact stills cameras (as well as some Sony DSLRs). It’s a stabilizing system that works by suspending the sensor to counter movement, much like optical image stabilization found in Canon IS and Nikon VR lenses. The advantage of sensor-shift is it can be applied to pretty much any lens compatible with your camera. Previous cameras have disabled this feature for video work, I can only hope and assume it’s a feature enabled for video on this flagship DSLR. If is the case, it will be a very nice addition for video use with fast primes. Next is a unique form of optional anti-aliasing. It’s the norm that a DSLR has a physical optical anti-aliasing filter. Its function is fairly straight forward, to reduce moiré and aliasing artefacts.
The downside to these filters is that they can reduce sharpness slightly. This is the reason why Nikon in the past, has released two versions of their D800/D800E. One with an anti-aliasing filter (for standard work where moiré reduction will benefit), and another with the filter removed (for large format print work where the added sharpness will benefit).
There was also some speculation on release of the Canon 5D mark iii as to whether the anti-aliasing filter was too severe, causing a slightly soft image out of the box (see James Miller’s interesting article on removing the 5D3’s filter here).

The Pentax K-3 potentially solves these issues by providing you with choice. It doesn’t have a conventional anti-aliasing filter. What it does it use its sensor-shift technology to vibrate the sensor at microscopic levels to simulate what a physical anti-aliasing filter would do. Here’s what Pentax (now Ricoh Imaging) say on the feature: This could be great for video. You can choose when you want to implement anti-aliasing, to maximize your image quality. The feature has 3 modes – OFF, Mode 1, Mode 2. It’s assumed the two modes are in relation to how much vibration is applied.

Other video relevant features, which differ from Nikon and Canon respective bodies, are Dual SD slots, USB 3.0 port, and 50/60i in 1080 mode. Some of these may never be used by some, but good to have none the less. I think the Dual SD slots will receive the warmest welcome.

Ricoh Imaging pushing new innovations in DSLRs is brilliant; it will be great to see how effective this new optional anti-aliasing is. It’s of course redundant if the camera produces a sub-standard image to start with, only time will tell when we see real world images from the camera.  The Pentax K-3 is available for pre-order from B&H, prices start at $1,296.95 body only.