cinema5D and Olympus Europe are proud to present the 6th and final episode of Perspectives on Filmmaking – a discussion between leading filmmakers who endorse working with compact tools in their film productions. This week’s topic: what does the future hold in store?

Noaz Deshe points out that no matter what technology brings, people will still want to watch movies – and they still like the communal aspect of it. Immersion may become a new technology, but it won’t be everything. Noaz thinks we will still want to see what another artist creates and enjoy it the way we enjoy it now.

Florian Lein points out how it’s like “with websites at the end of the 90s”: suddenly everyone could do it, which didn’t necessarily mean all of it was great. It was however democratised, giving rise to the art form of web design. He expects the same will happen to filmmaking thanks the affordable tools we work with now. 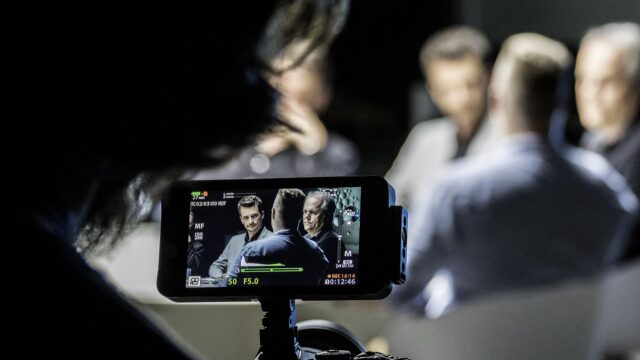 Steve Won points out how some jobs become less necessary because of technological advances.

What’s the future of storytelling?

However, the storytelling is what’s still lacking, and this is not something that seems to become any better with new technology.

Dirk Wilutzky points out how, technologically speaking, we are close to a point where “it’s done”, where we don’t need any more capability, because most of the cameras can already pretty much do it all. He points out how storytelling is also a craft that can be learned, while content is becoming more and more important. Dirk thinks that people need to become more political, and hopes that people make more documentary films with whatever means they can in order to both enlighten and understand each other better. In other words, to get to know this world, getting from closed world views to open world views – all through the medium of film.

Janne Amunét agrees and points out that he wants to better understand people and their condition. He doesn’t even care what his medium of transporting the information to the audience, whether it’s a book, a virtual environment or a film.