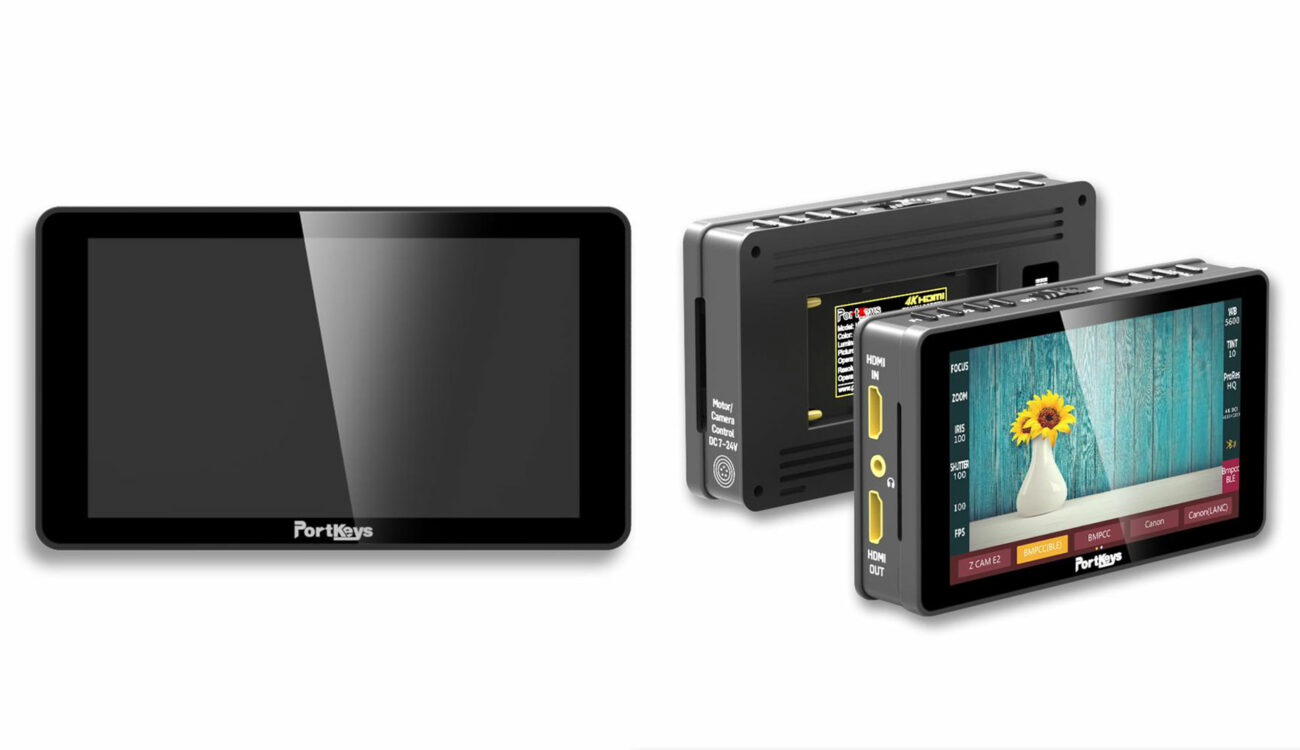 PortKeys, the company specialized in HDMI and SDI camera monitoring solutions has just released its latest 5.2″ monitor that is capable of controlling your camera: the PortKeys LH5H. This HDMI-only display features a brightness of 1700 nits, a resolution of 1920 x 1080 that can take 4K signals, basically all the monitoring tools you need, and the cherry on the cake: the LH5H can even power cameras that use Sony NPF-style batteries. Let’s take a closer look at this on-camera monitor on a budget! 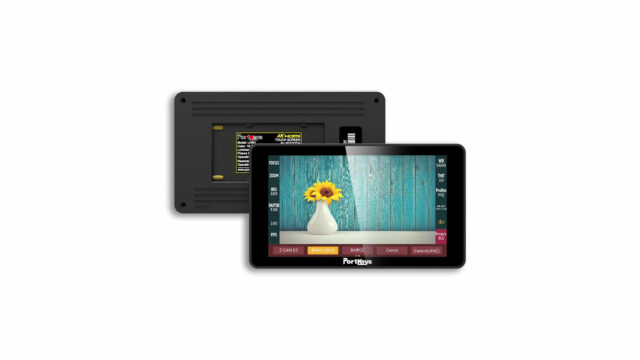 The PortKeys LH5H features a 5.2″ touch screen display with a maximum brightness of 1700nit. Usually, an on-camera monitor with more than 1500nit is daylight-viewable. 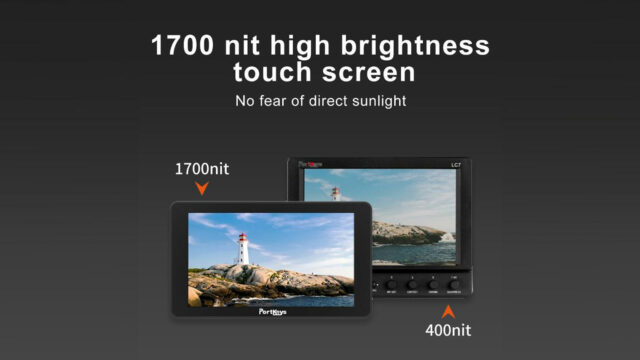 In terms of input/output, you’ll find an HDMI input and HDMI output ports on the left side of the LH5H, as well as a 3.5mm jack output, but no SDI ports. The LH5H is an “entry-level” monitor, perfect for DSLR/Mirrorless camera users. If you need both HDMI and SDI ports, the BM5 II is more suited for you. Also, the PortKeys LH5H is made of plastic, not metal, with a weight of just 170g/0.37lbs. 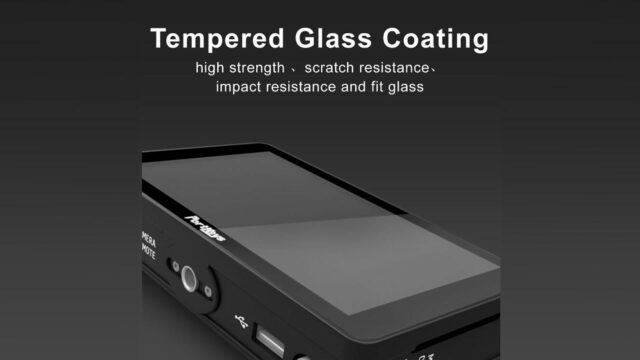 However, the resolution of the LH5H is FullHD 1920 x 1080, and it can take 4K HDMI signals. In front of the screen, they use tempered glass to protect the monitor from scratches and the harshness of set life. 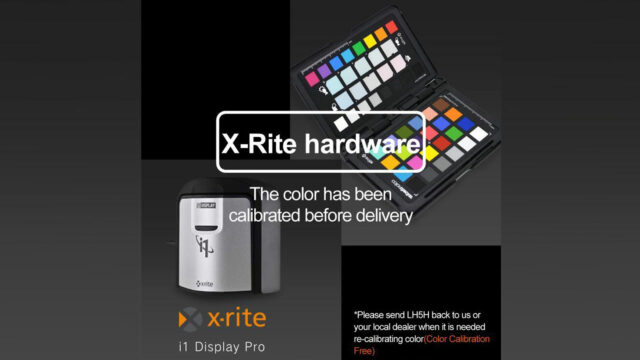 The PortKeys LH5H is in-factory calibrated using an X-Rite i1 Display Pro colorimeter. The display should look as good as it can be right out of the box without further adjustments. If you have an i1 Display Pro prob, you can re-calibrate your LH5H yourself later down the road if needed. 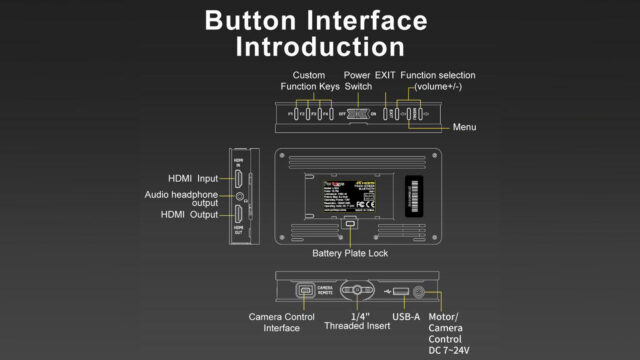 On top of the LH5H, you’ll find four customizable function keys, a power switch, and four buttons to access and navigate inside the menu. At the bottom of the monitor, there is one camera control mini-USB port (more on that later) and a 5-pin motor camera control port that doubles up as a DC 7-24V power output port. Finally, there is a 1/4-20″ mounting thread, and a USB Type-A port to update the firmware of the LH5H, load your LUTs, or power it. 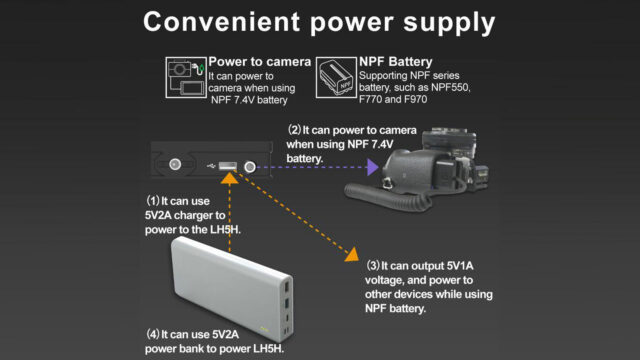 At the back of the monitor, there is a Sony NPF-style battery slot to power the monitor. As I mentioned, you can use the USB port to feed the monitor from a V-Mount/AB external battery as well as a battery bank. Also, if you use a 5-pin XS16 to dummy battery cable, you can power your camera/follow focus motor directly from the LH5H dedicated output port, which is smart. This port is compatible with Tilta Nucleus-M and Nucleus-Nano follow focus motors. 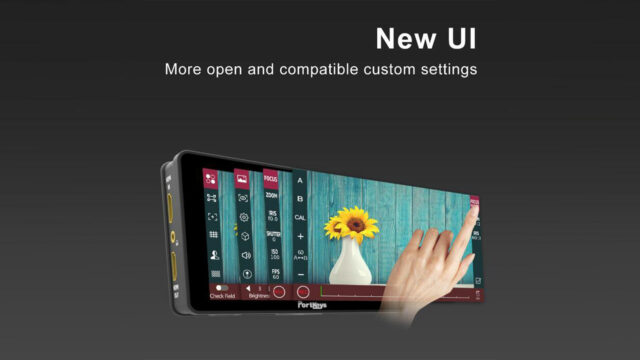 One of the only things that could be improved on the BM5 II that I have is the overall UI, which feels a bit outdated. The new PortKeys LH5H features a new UI that looks much better and more intuitive. On the left and right sides of the monitor, you’ll find various customizable shortcuts to your favorite monitoring tools. The display itself is tactile, so you can activate/disable functions quickly without having to go inside the menu.

Although the LH5H is an “entry-level” monitor, it features tons of monitoring tools like its big brother, including:

In short, at least on paper, it seems like the LH5H comes with all the tools you need to correctly judge the exposure of your image and frame your shots correctly. 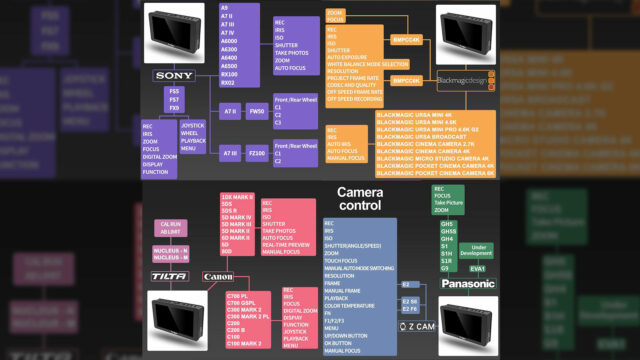 Camera Controls through the Monitor

And now comes the fun part! Like its big brother the BM5 II, the PortKeys LH5H is capable of controlling your camera. Above is a list of all compatible cameras, and the features you can control via the LH5H. To make it short, all you have to do is purchase the right cable for your camera with the monitor – also available separately – and plug it from the LH5H to the camera. Then, you’ll be able to trigger the recording, navigate through the menus of the camera, change your settings, and so on. 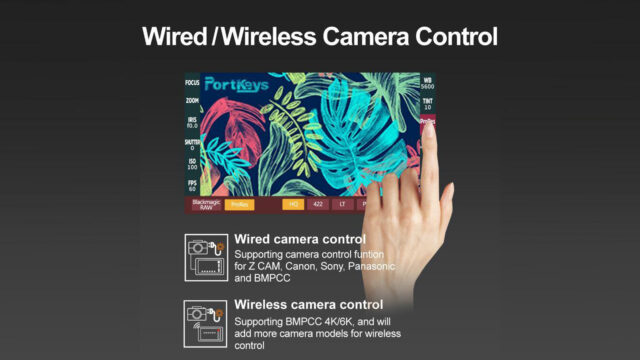 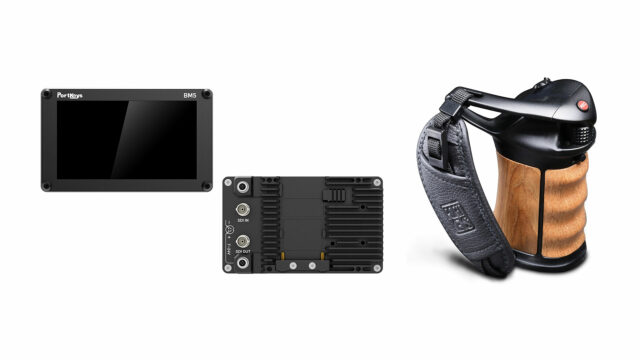 If you already have a PortKeys monitor – including the BM5, BM5 II, HH7, HS7T, OEYE-3G – the company just released several firmware updates on its website. Here are the firmware update details: 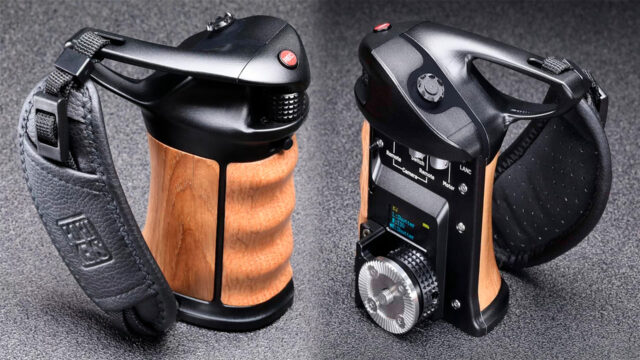 The PortKeys KeyGrip has been shipping for a couple of months now, and filmmakers have been complaining about the lack of a power switch button. Indeed, there was no battery switch, which means the KeyGrip was draining power if you didn’t remove the batteries from the handle.

PortKeys listened, and a new generation is now available with a power switch. If you have the previous version, you can contact PortKeys directly and they will provide you (for free) with everything you need to update your handle. If you want to learn more about the PortKeys KeyGrip, you can read our in-depth article here. 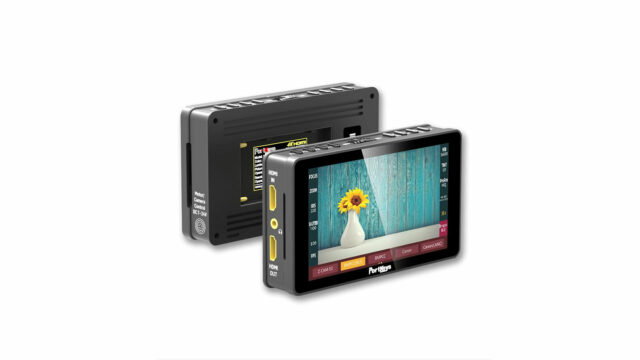 The PortKeys LH5H is available now for $299.00. At this price-point, and with so many features, this is one of the most affordable daylight-viewable monitor that I can think of.

For more information about the LH5H, you can visit PortKeys’ website here.

What do you think about the PortKeys LH5H? Is the camera control feature useful for you? Did you already try PortKeys’ products in the past? Let us know in the comments below!