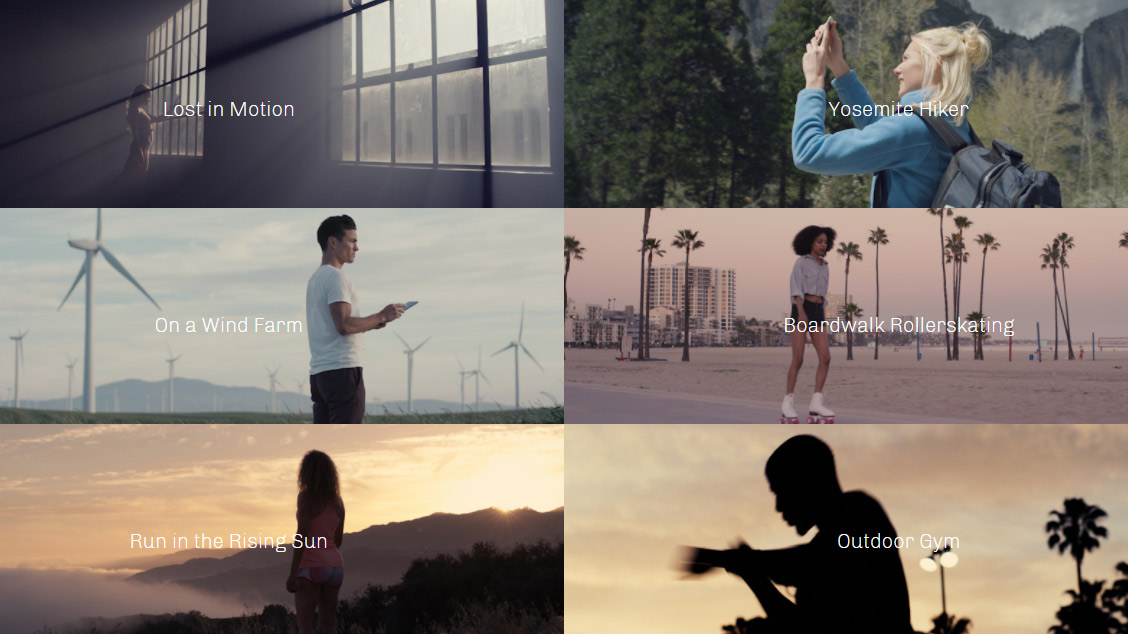 With stock footage sites sprouting out of the ground left and right, the stock footage market is getting rather crowded and saturated these days. In addition to that, there is the issue of aggregators like Blackbox, submitting their contributors’ content to multiple stock footage sites simultaneously, thus leading to confusing experiences for customers, who find themselves looking at the same rather drab content on different sites. RawFilm, a subscription-based stock footage site, that offers only self-produced content shot on RED cameras in REDCODE RAW exclusively, is taking aim at changing that. 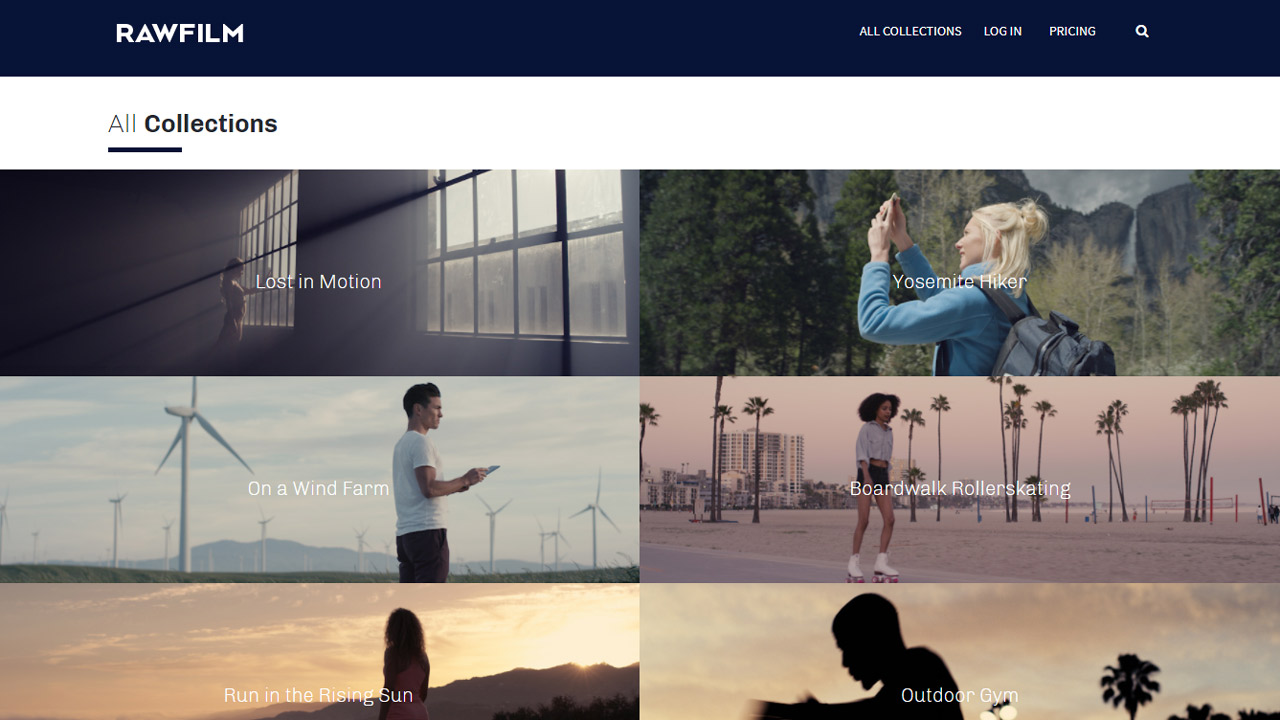 Producing stock footage seems like a rather enticing proposition: we all know we probably have tons of good looking footage wasting away on hard drives, because we over-shot the B-Roll for some of our projects. Now, how about that nice looking clip from that sunset at sea that we deemed to cheesy to include in our documentary generating some money, without us moving a finger? That’s the fantasy of stock footage and also the way that some sites suggest their contributors could work. The reality of the stock footage market is much different. Your footage will probably be bought with an specific edit in mind, meaning the customer will likely be looking for multiple different angles of that same shot, because that’s what’s going to make it editable and thus usable. In addition to that, your download rates – and by that your money earned – will likely only be high if you have a large catalog to choose from and multiple outlets fitting the kind of content you are producing. Otherwise it might be hard to get noticed on a giant stock site with thousand and thousands of contributors.

The same problem exists on customer side of the stock footage market. All too often the content you find does actually look like it was either shot for something else and then reused, or it might leave that metallic aftertaste when you realize you’ve seen some clip that you previewed in ten different Youtube commercials already. And let’s just not mention the often highly complicated pricing structures, that might work out to a clip costing 5 times as much as you anticipated, once you’ve added all the licenses you might need at some undefined point in the future. Of course stock footage sites themselves are reacting to these problems already. We reported on Filmsupply premiering their first short film and trying to change both how stock footage is conceptualized and shot, as well as seen and bought. RawFilm is doing something rather interesting with the same problem. 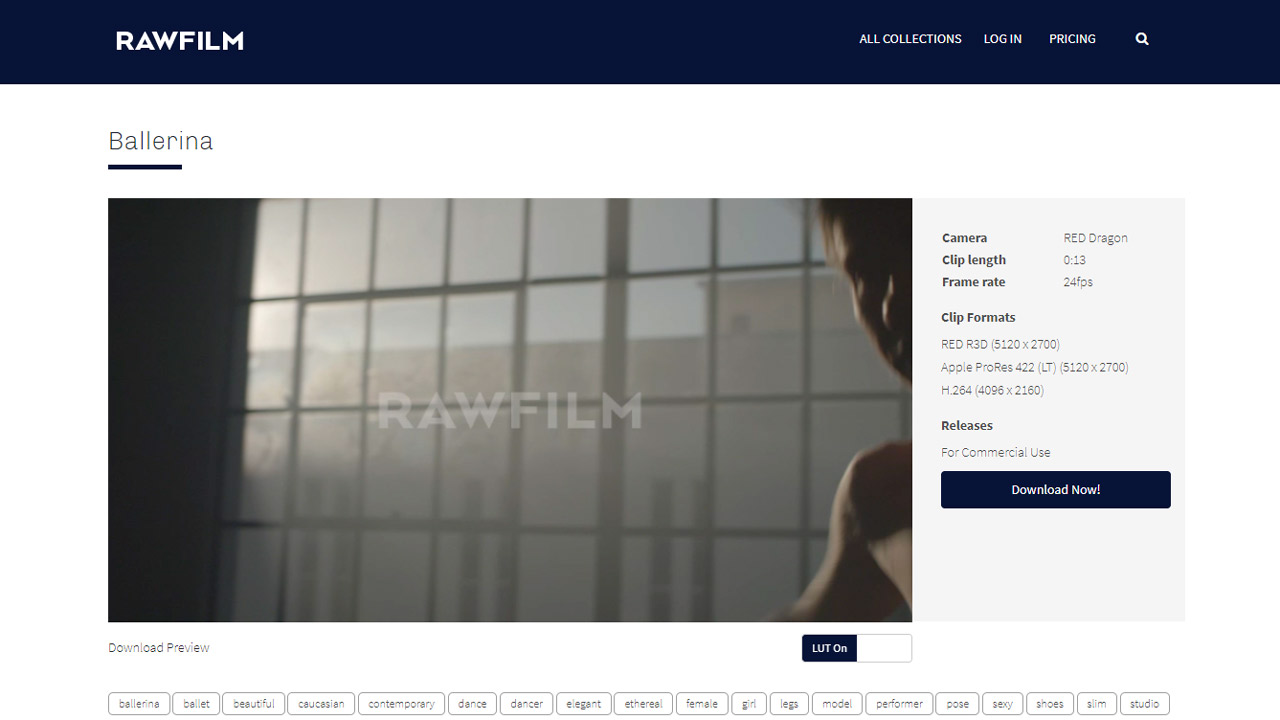 RawFilm is trying to change things up, by offering only self-produced, exclusive content shot on RED cameras and available for download in REDCODE RAW via a simple subscription. As with most stock footage sites their content is organized in collections, however these collections are mostly consisting of footage from one coherent shoot, providing that footage in lots of different angles, versions and sequences in roundabout 100 – 300 shots per collection. The footage consistently has exceptionally high production value and takes into account the usual requirements for stock footage, like racial and gender diversity. It does seem a little skewed towards use in commercials, but many of the collections could work just as well in narrative work, helping out with missed shots, or shots that are out of budget. In addition to being organized in collections, footage is tagged and searchable, but also suggested by context. All clips are shot in log formats and there is a handy switch in the collection view, as well as in the single clip view letting you check out what the footage looks like flat, or with a very light pass of color correction applied. Of course you can also download lower resolution previews, to incorporate into your project for testing purposes. If you don’t find the content you need, you’re encouraged to get in contact with RawFilm and maybe get that content produced. 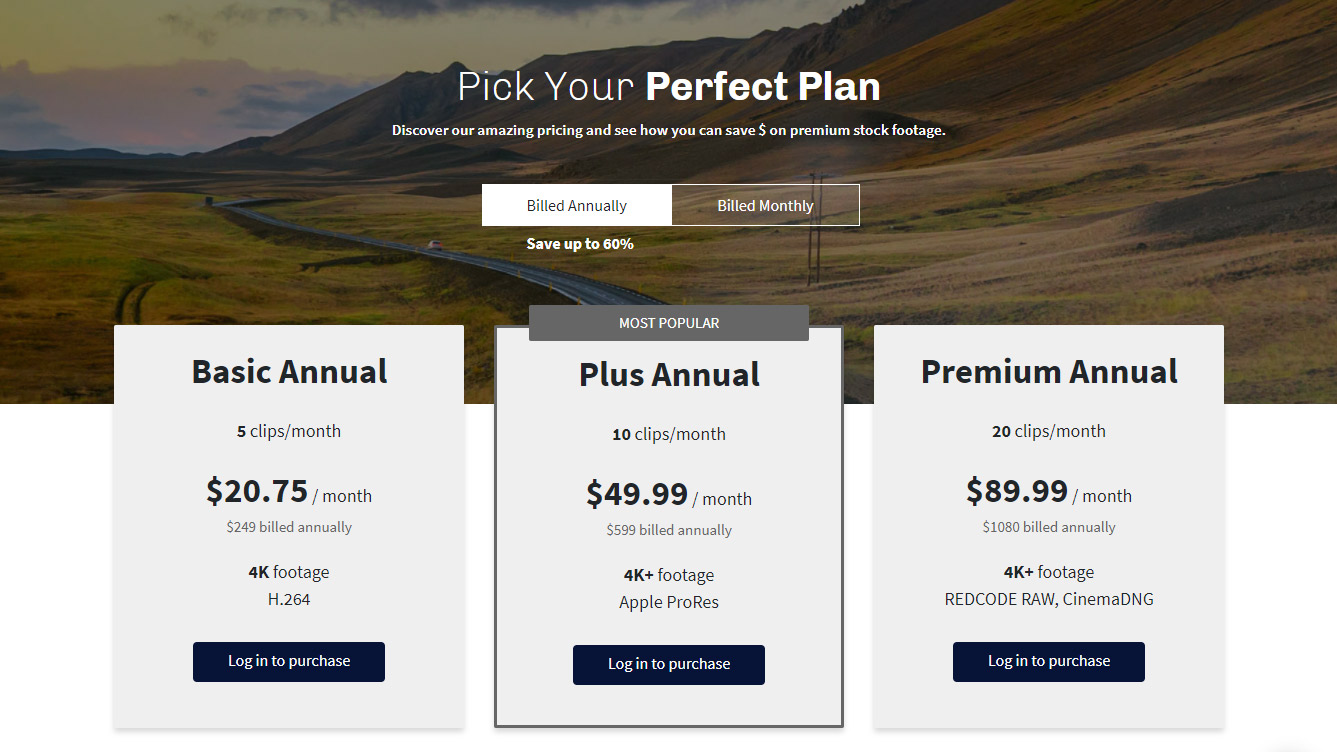 So how much does this acutally cost? Annual billing on the premium plan will set you back $1080.00 per year, for 240 clip licenses in 4k+ REDCODE RAW, while on the low end you can enter RawFilm’s service for $49.00 per month using monthly billing, awarding five 4k H.264 clips. The other plans offer many options for lots of different budget scenarios, that you might need some stock footage in.

RawFilm’s service does make an impression. It’s very innovative and enticing, and the footage is of very high quality throughout. The pricing model seems fair and accessible for footage of such a high standard and I liked using the site quite a bit. The only possible downside I could find, was the distinction between uses. RawFilm’s terms distinguish between commercial use, editorial use and advertising use, commercial being the one that is generally usable in both advertising as well as editorial cases. So far so good, but what if I know which use case I need and want to filter for that use only, so that I don’t look at footage realizing only after I’ve fallen in love with a clip, that I won’t be able to use it? There is no toggle, search filter, search term or other mechanism on the site, that would allow me to make that distinction. Every clip I clicked on was marked with commercial use, so it could have been used anywhere, but I was little inclined to go through the entire catalog of thousands of clips and check for that. 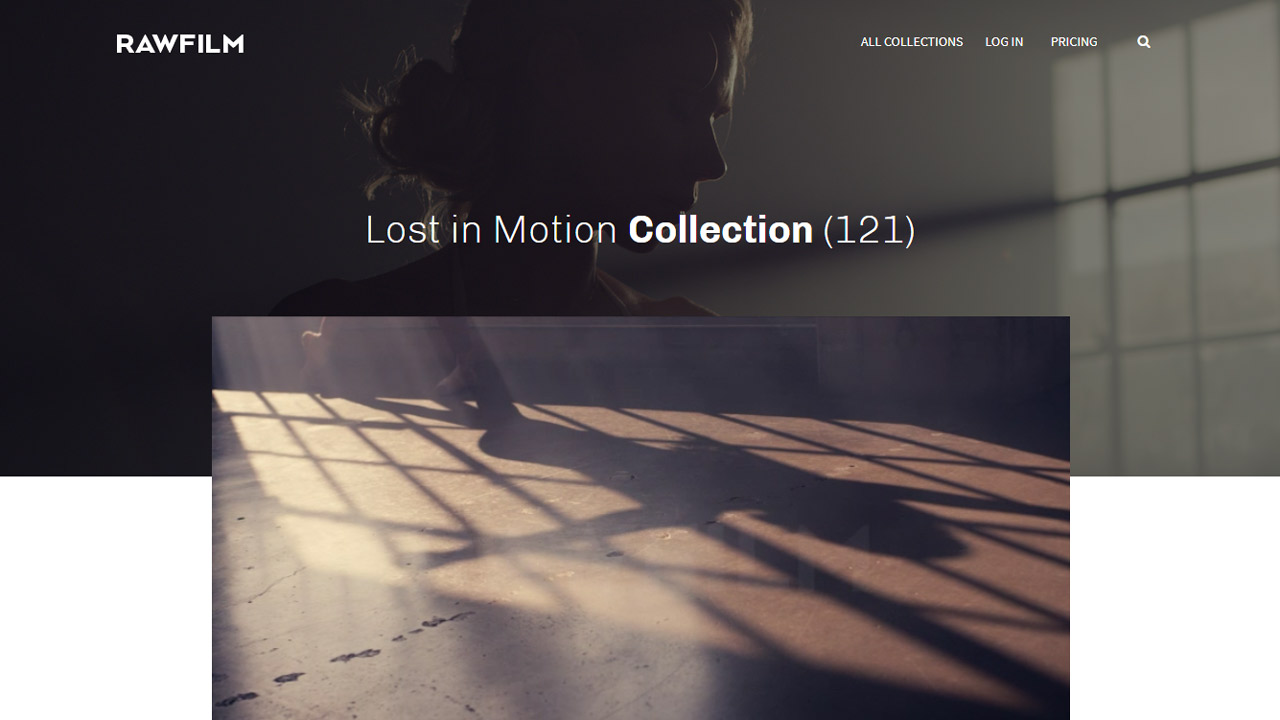 Another thing I might add is, that the distinction of clips being shot only on one brand of camera is something of a marketing stunt. RED is indeed becoming something of a standard in the world of commercials and the brand’s high recognition value makes it somewhat of a signifier of exclusivity – even for clients who can’t operate a camera. Using this fact for marketing purposes is an understandable move, however it does add an unnecessary elitist twist.

All in all, RawFilm’s service is a commendable entry into the market and the incredible footage and simple pricing structure absolutely address the greatest pain points of customers and most people involved with using the footage in the post production process. If you’d like to check it out for yourself you can sign up to RawFilm’s service here.

What do you think about the quality of RawFilm’s footage? Would you use it in your projects? And what about the pricing? Let us know in the comments!