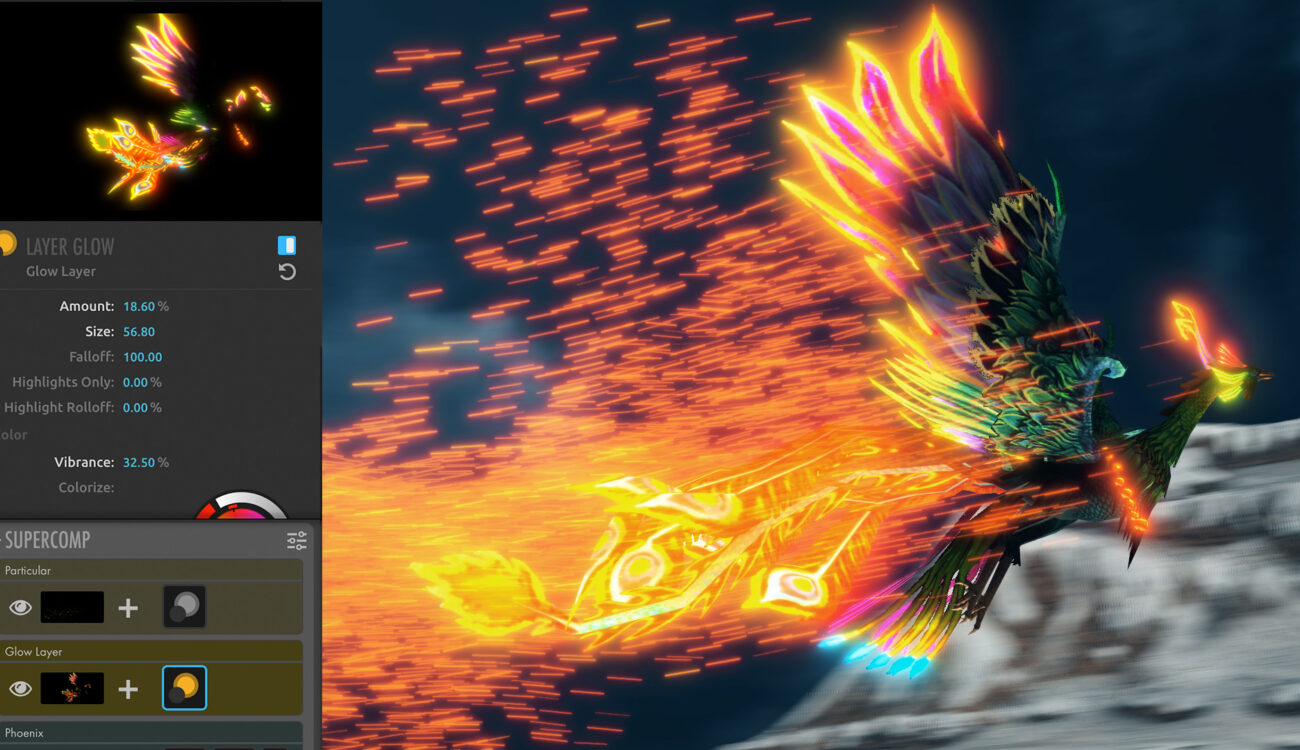 Today, Red Giant Software released the latest addition to their already impressive collection of effects and grading suites. The Red Giant VFX Suite offers 9 freshly coded effects for immediate use in Adobe After Effects. Four of the nine also work in Premiere Pro. And all these effects can be tweaked and tailored to your specific needs, of course. 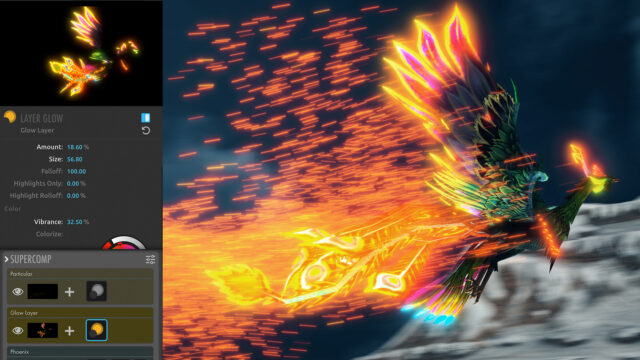 Most of Red Giant’s software bundles aim for specific user needs. The ‘Trapcode Suite’ is for 3D motion graphics and most of its tools require Adobe After Effects as a host application. The ‘Shooters Suite‘ offers practical tools for working on set (Shooter Offload) and when entering post-production (Shooter PluralEyes for syncing audio or Shooter Instant 4K for example). The popular ‘Magic Bullet Suite‘ bundles cool, yet easy to build effects and color treatments for your post-pro pleasure.

All of these tools can be purchased as individual tools of course.

So what’s next you might ask. Well, the Red Giant VFX suite offers 9 brand new tools for serious After Effects pros while some of the new FX, namely the impressive ‘Supercomp’, still maintains Red Giant’s own and easy to follow workflow GUI, even for not-so-pros. Like me.

In order to get you started right away, watch the intro video below:

First off, let’s get the probably most asked question out of the way here and the answer is: yes. All 9 plugins of the VFX suite come with a GPU-accelerated engine, so working with them smoothly and –even more importantly– getting results fast is key here. 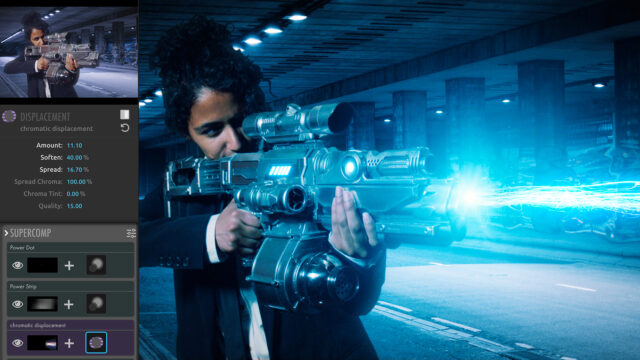 For me, the most impressive (and most innovative) plugin of the whole suite is called ‘Supercomp’. It’s a complete compositing environment that makes it easy to create complex, seamless composites. 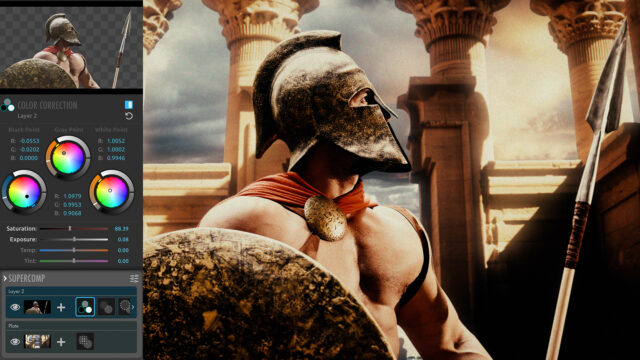 You can drag’n’drop single effects to certain layers, rearrange everything, try different values, reorder layers, you name it. But the cool thing is that the resulting composition will update in real time, so you see exactly what you get. Effects like a 3-way color correction are built right in, same goes for chromatic and optical glows, fire effects, light wraps, volumetric fog, edge blends for merging foreground layers into background plates and many more. 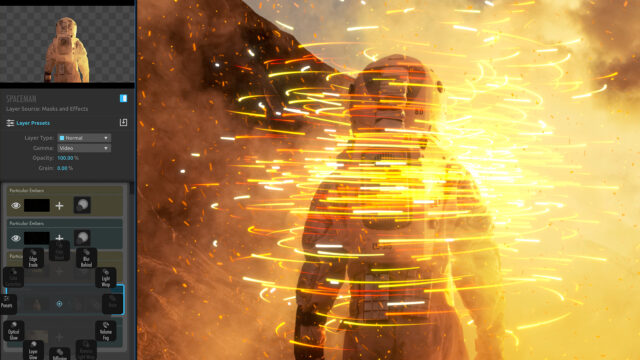 In order to conveniently control the vast amount of possible effects and tools within Supercomp, Red Giant build a context-aware rotary picker tool which is really handy to use instead of drop-down menus.

Primatte Keyer is already part of the Keying Suite but included in the Red Giant VFX Suite is the new version 6 of the plugin.

Primatte Keyer is a tool for fast and pretty much automatic chroma-keying and both, green and blue screens can be used for it to work. Red Giant have updated the UI for cleaner looks and improved usability. On first click, Primatte tries to pull an automatic key in order to separate your subject from the background. While this first pass might be ok already you can tweak and refine the matte to your liking of course. Several tools assist you on the way, a brand new one is called Core Matte: It keeps the inside of your key solid while preserving fine semi-transparent details on the edges. in the above image you can see Core Matte in action controlling the fine details hair while preserving the inside of the key. 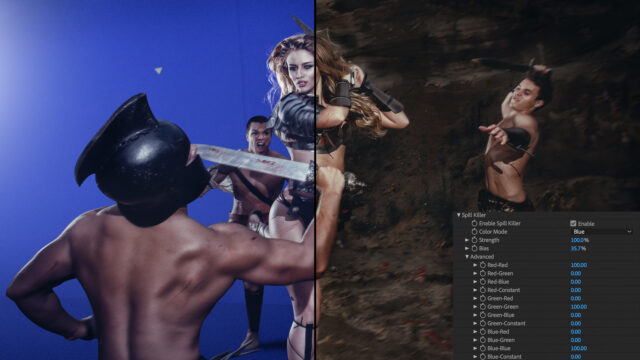 Since the whole Red Giant VFX Suite is GPU optimized, users can expect a speedy Primatte 6, with previews and renders up to 3x faster than in previous versions, according to Red Giant. Primatte Keyer can also be used in Adobe Premiere Pro. 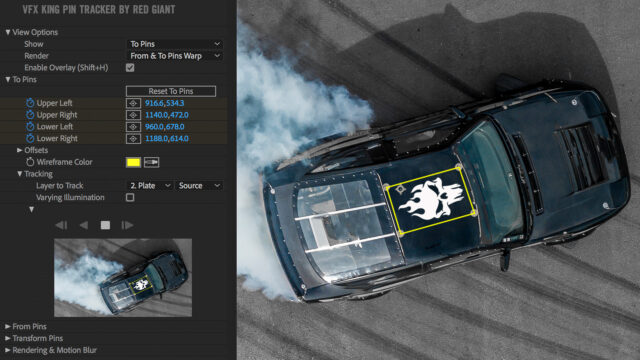 With King Pin you can integrate 2D objects into your shot and it’s pretty simple, indeed. The object you want to integrate doesn’t even have to be rectangular and with the supplied “to” and “from” pins and the ability to rotate and/or offset your object in planar space it’s easy to pin whatever you want. 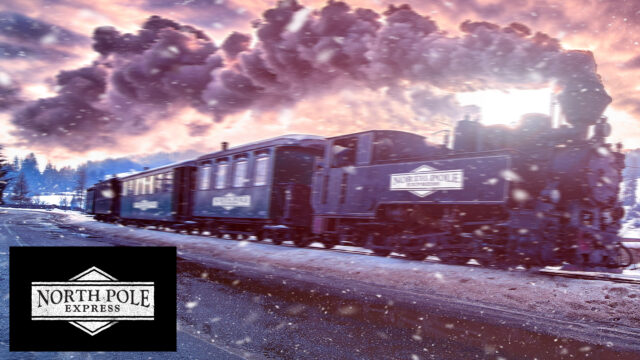 King Pin won’t stop tracking at the edge of frame but will continue beyond the frame and it also will track surfaces in changing lighting accurately. Even a white wall will give King Pin something to hold on to, I’ve seen it in a demo Red Giant hosted prior to the release. Pretty impressive, indeed.

This tool of the Red Giant VFX Suite does exactly what you think it does: It tracks moving objects within your footage and replaces them with a defined target. Think clone stamp tool in Adobe Photoshop. 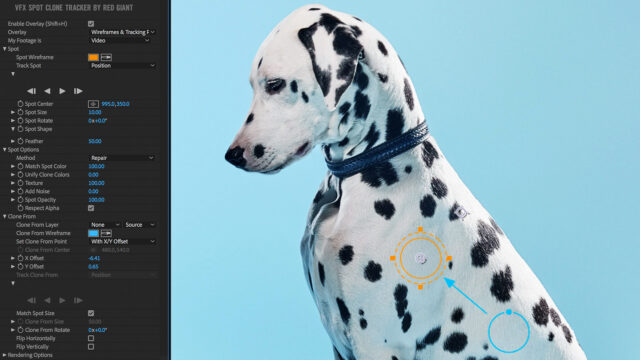 Easily fix blemishes or remove small, unwanted items. Spot Clone Tracker tries to match your lighting automatically, with options for how it clones light, color and texture. You also can add transparency to blend your target in smoothly.

Optical Glow adds realistic (and therefore beautiful) glows to your composition. With built-in gamma management, glows look realistic in all kinds of footage: log or linear. 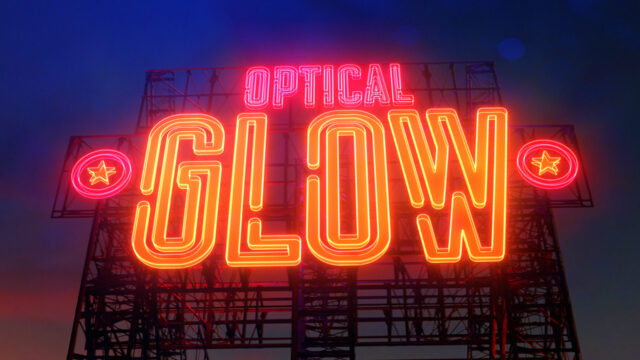 Optical Glow offers lots of control for making lightsabers, starship engines, police lights, neon signs and more with beautiful, photo-realistic results. Again, if you ever have used a Red Giant tool before, you will find yourself right at home. 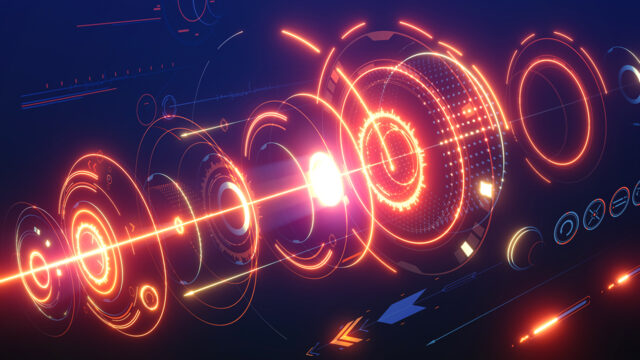 Adding a glow to things make them blend more naturally with their environment. That’s actually the main core feature of the whole Red Giant VFX Suite: Blend things into other things with tons of options and realistic results (even if ‘realistic’ means a giant Transformers-style robot standing in a lake next to some mountains and holding a ridiculously large glowing saber-like weapon, shown in the aforementioned demo hosted by Red Giant). Optical Glow can also be used in Adobe Premiere Pro.

Chromatic Displacement uses one layer to displace the pixels of another, while smoothly separating out the colors. The displacement image is being used as a height map here, which gives you nice looking, organic results. 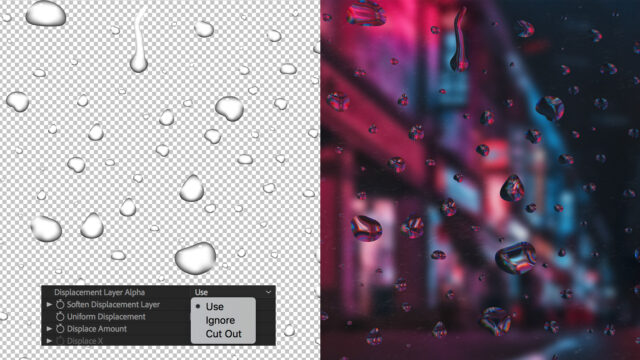 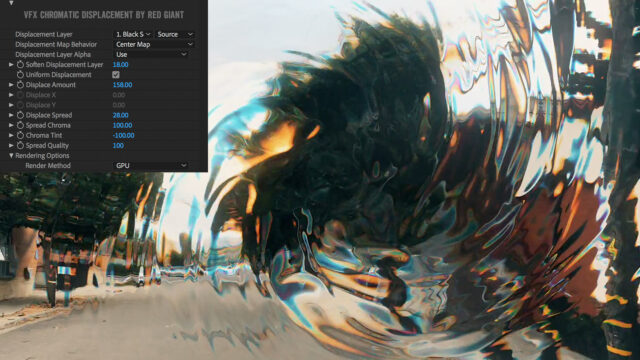 The above effect looks really cool and I think without this plugin is pretty hard to build from scratch. The tools of the Red Giant VFX Suite makes things a bit easier as they try to achieve realistic results with a few clicks while still maintaining a vast list of options for variation. Furthermore, since the whole suite is fully integrated with Adobe After Effects you can deploy any tool/command/effect you want on top of the Red Giant VFX, of course. Chromatic Displacement can also be used in Adobe Premiere Pro.

Knoll Light Factory is a tool for creating photo-realistic lens flares. Thanks to the aforementioned GPU acceleration you get these flares and light effects in less time and since these effects try to mimic real-life lens designs  it all blends together nicely. With the build-in lens editor, you can create your very own flares from scratch, or customize one of the (many) included presets which are clearly inspired by quite a few blockbusters of past years. Knoll Light Factory 3.1 can also be used in Adobe Premiere Pro.

Shadow is a plugin for After Effects that makes it easy to add a perspective shadow in front of or behind a layer, based on its alpha channel, brightness, and more. 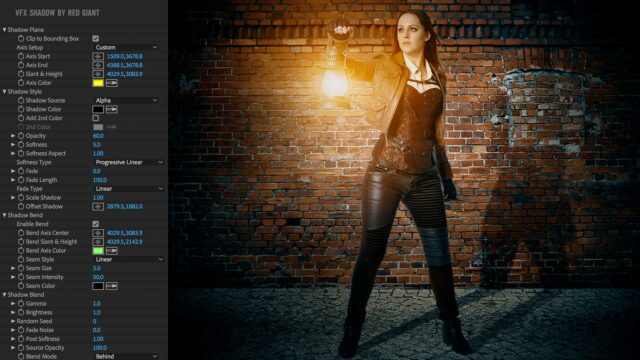 With options for softness, bend, length, color and many other properties, the Shadow effect extends the various shadow tools available inside After Effects.

Last but not least, Reflection is a plugin for After Effects that makes it easy to add a reflection to your layers. Bundled with it, controls for softness, distance fade, length and more are available.

Again, this tool might not be the do-it-all super-tool but it solves a common task for motion graphic artists and the vast but dedicated options make it easy to work with this plugin. The Red Giant VFX Suite is available now and you can download it over at redgiant.com. The full version is $999 but there’s also an academic version available which will set you back $449. All tools are available for purchase individually, too:

If you want to take a deep dive into these new tools, I highly recommend a visit to Stu Maschwitz’ Prolost.com. Stu is a veteran in the VFX industry and currently serves as the Chief Creative Officer of Red Giant. Basically, he’s one of the creative minds behind the new Red Giant VFX Suite. A 52-min tutorial on Supercomp can be found on his site.

What do you think? Do you use any of Red Giant’s products already? Would you use any of these new tools for your workflow? Share your thoughts in the comments below!