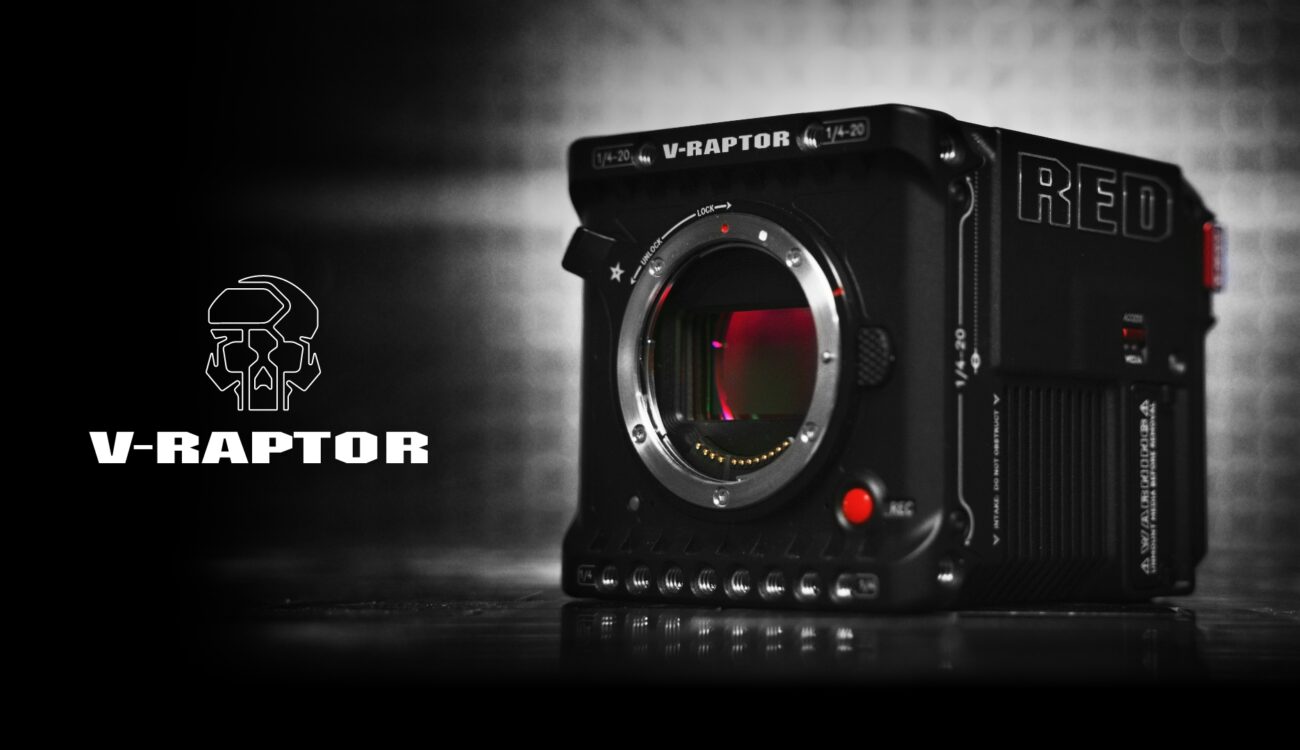 The black edition of the recently-announced RED V-Raptor is now available for preordering together with a new pre-bundled “Lite” Production Pack. Like in the case of the white “stormtrooper” version, the price point for RED’s new 8K VV camera is set at $24.500.

However, the black production model is finally here aimed at the larger crowd, along with a new V-RAPTOR Production Pack Lite. Let’s take a closer look.

This black production model shares the same features like the white “stormtrooper” version, but with a black finishing that gives the camera a sleek look.

As a reminder, the RED V-RAPTOR is the company’s high-end model. Along with the RED KOMODO, it’s part of the DSMC3 lineup. Both bodies have a Canon RF lens mount.

This camera features a multi-format Vista Vision sensor that supports full-frame 8K recording as well as a 6K S35 crop mode. As the name suggests, the V-RAPTOR is extremely fast, boasting a maximum frame rate of 120fps in 8K.

RED is advertising this product as their most advanced camera so far. In fact, according to the company, this sensor provides over 17 stops of dynamic range as well as a fast 8-millisecond scan speed.

The Starter and Production Pack pre-bundled options for this camera were announced back in September.

However, like many other companies in the industry, it looks like RED must come to grips with the current supply chain issues and many customers might be waiting a little bit before receiving their accessory packs.

In order to address this problem and fulfill buyers’ demands as soon as possible, the company is now introducing a V-RAPTOR Production Pack “Lite” bundle. According to RED’s CEO Jarred Land, this pack only contains accessories that will ship out as soon as possible, including:

The black version of the RED V-RAPTOR is now available for pre-order at B&H, CVP, or directly on the RED’s website.

Did you already get your hands on this camera? Share your experience in the comments below!