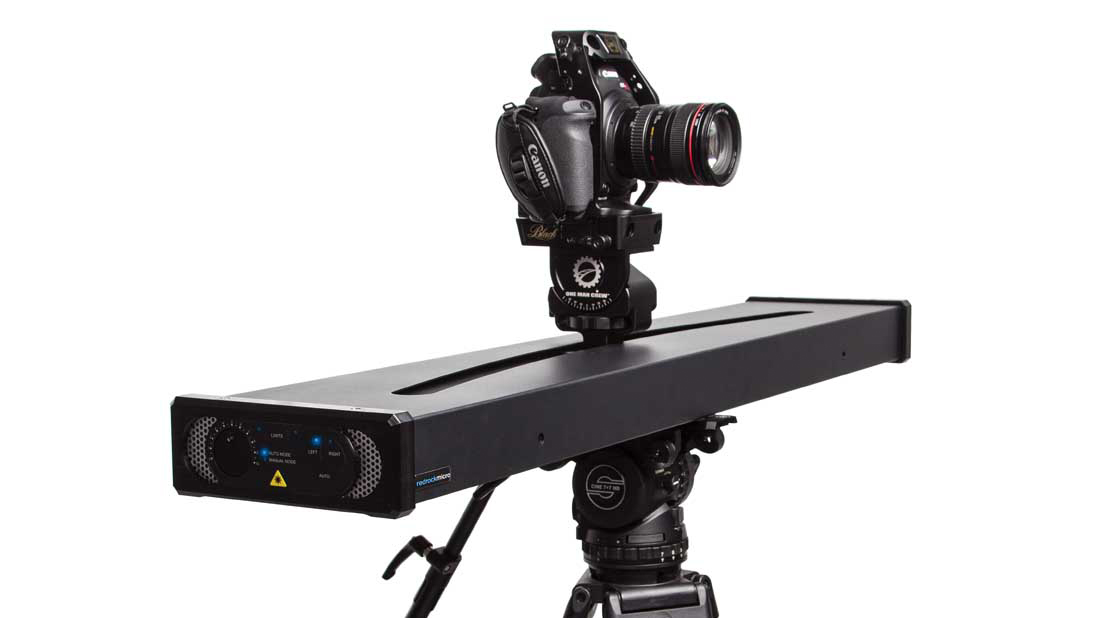 Redrock has released an update to its single op automated motion control system. The One Man Crew Director curved slider gets a new app controller and much quieter in operation.

Motion control became a huge hit with the rise in popularity of timelapse photography just a few years ago. Ever since, retailers have looked to simplify systems making them more intuitive as well as adaption for realtime camera moves.

One Man Crew Director is Redrock’s answer to an easy-to-use single operator system; plug in your power, connect to your controller app and you’re good to go.

Redrock One Man Crew Director decreases the ambient and operator noise meaning greater use in realtime video work, as well as remaining compatible for timelapse photography. As an operator, I’d go out on a limb and state a curved camera track finds more use on set than a straight one. It’s therefore great to see that Redrock has maintained the curved design of the One Man Crew; you can use in both convex and concave form to wrap around your subject, or offer an out panning slide that can be effective for wide angle shots.

The remote app looks intuitive and easy to use, setting your in and out points as well as triggering and looping moves.

I love the laser point feature to signify start/end points; great feature as a lone shooter if you’re setting up shots and doubling up as a stand in for talent.

The physical design remains relatively unchanged, One Man Crew will certainly not win any awards in aesthetics as a big rectangular box. But it remains functional and very fuss free, and that should always take priority.

Pricing starts at $2,450 for a complete package, will update with purchase link shortly. Here’s the manufacturer’s page for it.