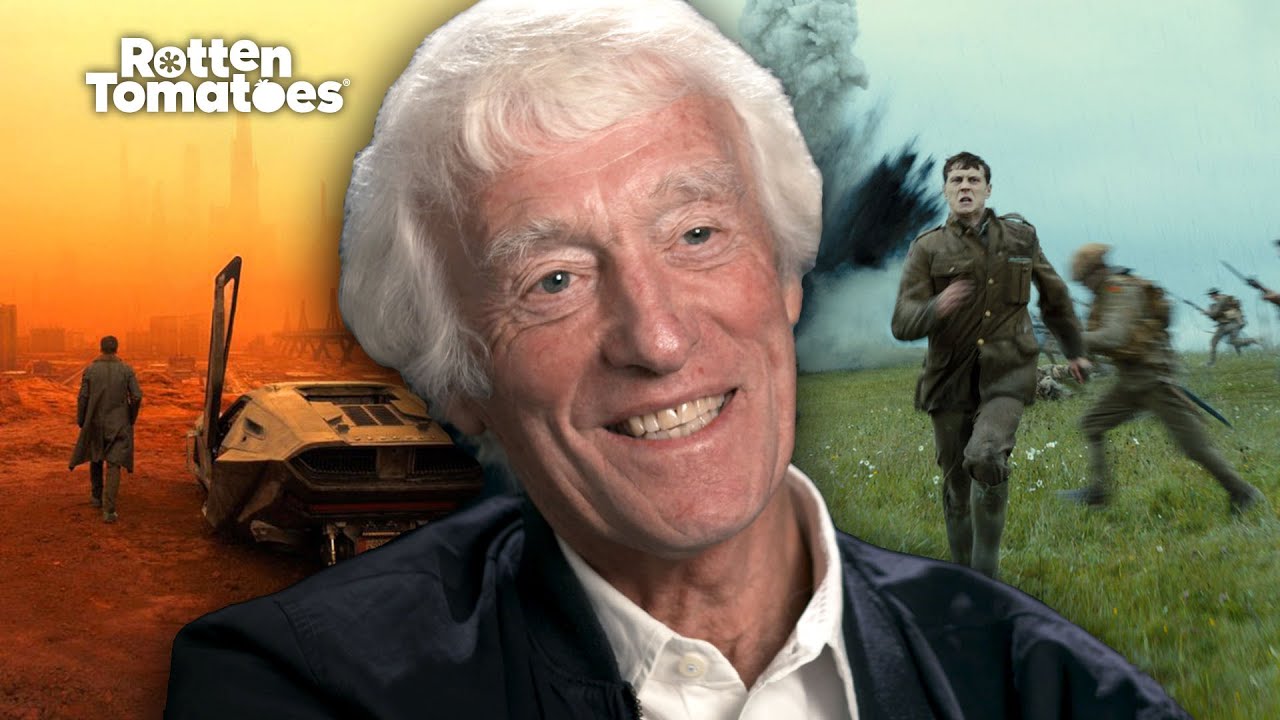 Roger Deakins is a British cinematographer who worked as a DP on films like Shawshank Redemption, Skyfall, Sicario, Fargo, Blade Runner 2049 (which got him an Oscar for best cinematography in 2018), and recently on 1917. He has over 30 years of experience working with directors like the Coen brothers, Sam Mendes, and Denis Villeneuve. Youtube channel Rotten Tomatoes published a video about Deakins’ impressive career. Let’s take a short look at what he has to say.

Rotten Tomatoes publishes lots of interesting information on their website and their Youtube channel. They measure the percentage of positive reviews from movie critics and publications and deliver movie ratings based on those. They also produce plenty of interviews with inspiring people from the movie industry like this one with Roger Deakins.

Roger Deakins is a British cinematographer and member of both the American and British Society of Cinematographers. He is best known for his work on the films of the Coen brothers, Sam Mendes, and Denis Villeneuve. 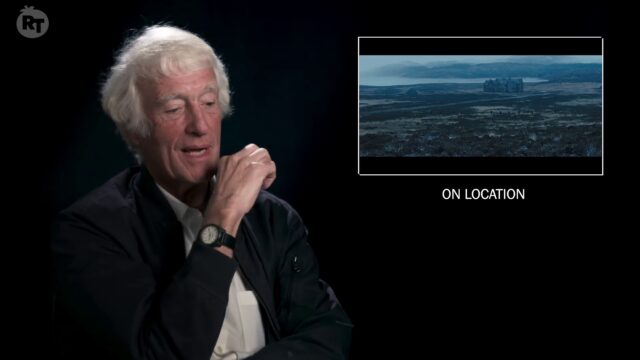 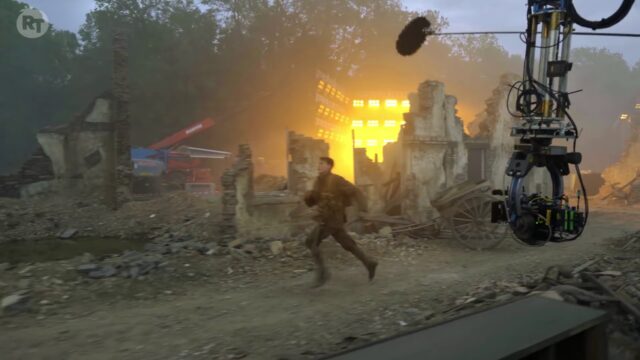 Behind the scenes of 1917. Source: Rotten Tomatoes

His most recent cinematography work is the movie “1917”. In this video from Rotten Tomatoes, he talks about this movie and the challenges of its production. Since my colleague Jeff already published a whole article about this movie, I will not just repeat what he wrote. The link to his article is here – Inside the Look of 1917 by DP Roger Deakins.

As I wrote above, Blade Runner 2049 is the movie that got Roger Deakins an Oscar for the best cinematography in 2018. In this video, he was mainly talking about the “Hologram Sync Scene” where a girl and a hologram blend into one. Deakins’ VFX team wanted to shoot one girl against the blue screen, but Deakins was against that, because it would affect the lighting. In the end they did it directly on set with both girls to match the lighting better. 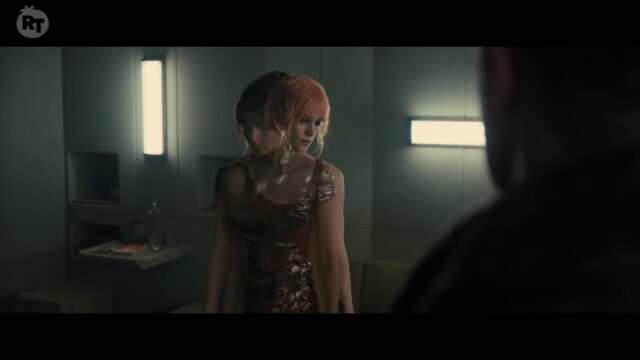 Deakins stressed out how important it is for him to always be part of the pre-production with every movie. He likes to do location scouting himself. He wants to know exactly how each set looks, to be able to plan it thoroughly and not be surprised later during the production.

By the way, Roger Deakins has some useful tips about lighting on his website RogerDeakins.com. He breaks down lighting of various scenes from his movies including Blade Runner 2049. It requires a registration to see them, but I think these are really useful resources. 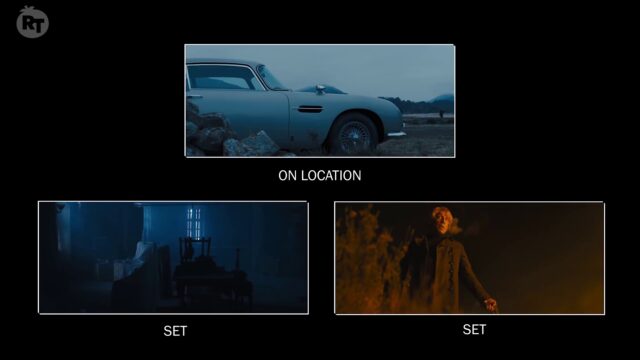 Another movie he talked about in this video, is the James Bond 007 movie Skyfall. Deakins described the challenges of shooting the helicopter ambush scene. They shot the exteriors of the house on location outside of London and the interiors and the lake scene in the studio, so it was challenging to bring all those scenes together to create a consistent story. The helicopter crash was partly model and partly shot on location.

The Assassination of Jesse James by the Coward Robert Ford (2007) 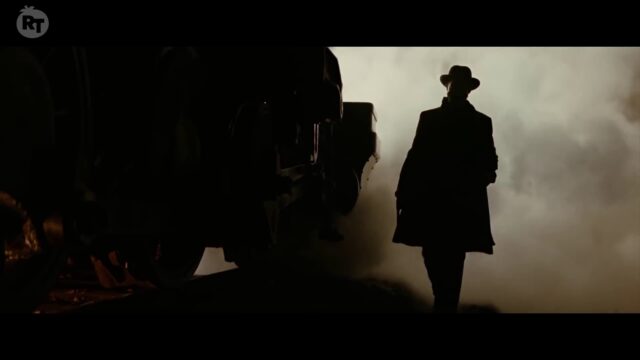 Deakins mentioned the night train scene from this movie. The director Andrew Dominik wanted to have a very dark night scene, so Deakins did a silhouette shot. He remembered one other time when a director wanted a silhouette shot, but then he complained that he cannot see actors’ faces. The harmony and good communication between a DP and a director is vital and sometimes it require a long working relationship for a DP to truly understand the director’s vision. 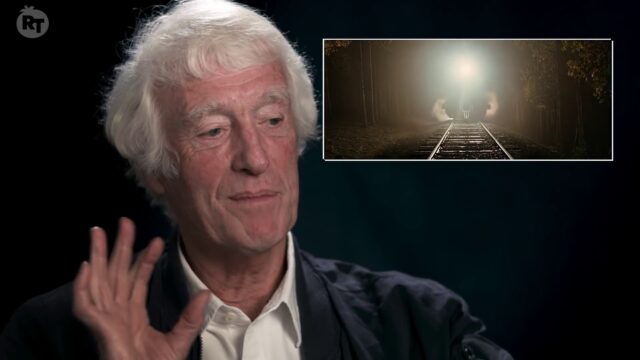 The light on the train was a 5K tungsten, so it was a very strong source for that kind of dark environment. Thy ended up gradually dimming the light as the engine came closer towards the camera. They were also panning the light for the shots of the bandits waiting in the woods. This would never look the same in the real situation, but that is the point in filmmaking. Deakins says, that movie lighting does not have to reflect reality. It can be shaped in various ways to support the story.

Other Movies and Working with Directors

When it comes to working with directors, some of them are looking for something special, but they don’t neccessarily know how to describe it. They will only know when they see it, so for DPs this can sometimes be a real challenge to give that something special to the director. 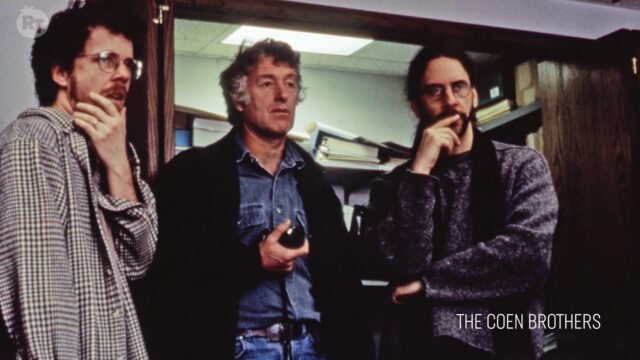 Roger Deakins also remembers the movie 1984 (1984) as one of his career highlights. It was Richard Burton’s last film and Deakins remembers special moments talking with Richard in the backstage “discussing life”.

What do you think of Roger Deakins’ cinematography? Which of the movies he worked on, is your favourite? Let us know in the comments underneath the article.

1917 is an aesthetic and technical tour-de-force from Roger Deakins and the entire crew. The ‘one shot’ technique is superbly done and adds enormously to the tension and narrative of the film. The camera barely rests – when it does, the viewer only has moments to catch breath. Often in a static piece of the story, the camera circles the actors in 360 before taking off again. As film-makers, one cannot help but look for the cut points. I am certain I missed most. Superb film-making. A film that demands the big screen.

Create CineD Account
mode_comment1
We use cookies to ensure that we give you the best experience on our website. If you continue to use this site we will assume that you are ok with it. Learn More