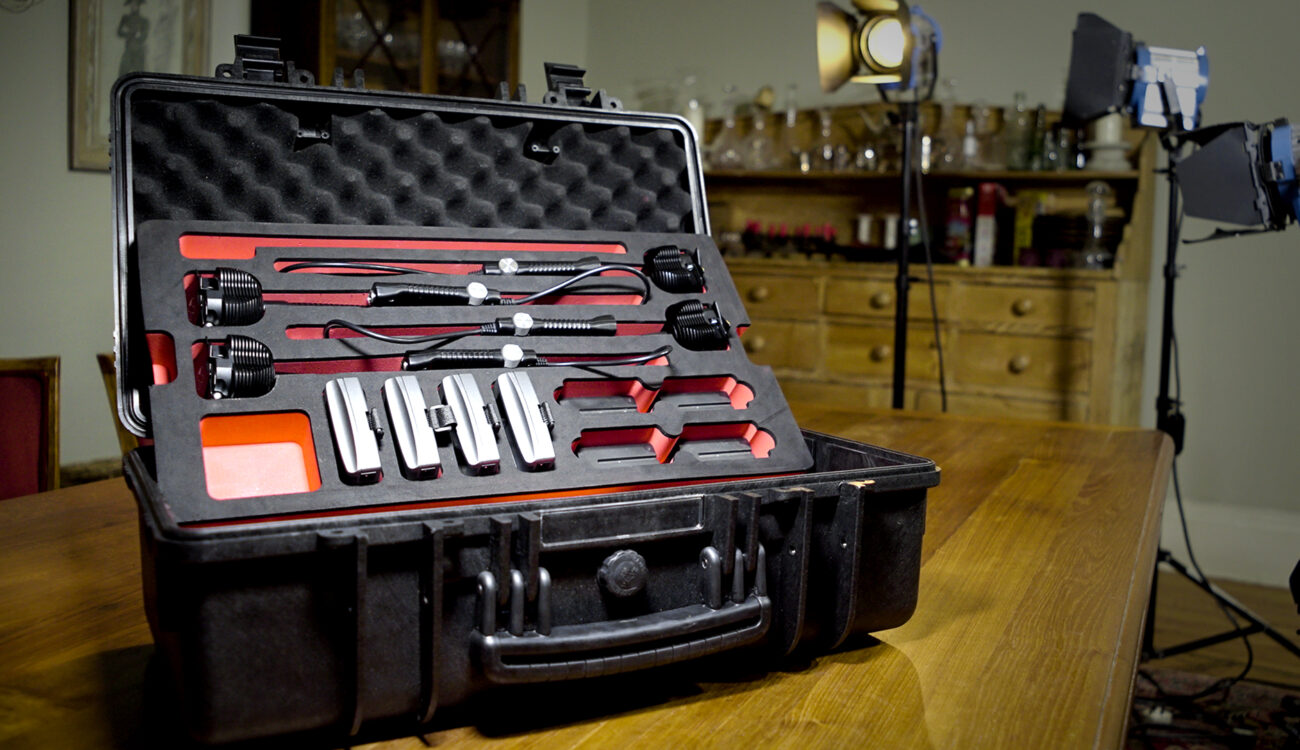 A couple of years after its very successful Scorpion Light V1, Blind Spot Gear has started a new Kickstarter campaign for an improved version: the Scorpion Light V2. The funding threshold has already been exceeded by 30% and the campaign is still running for another 22 days. 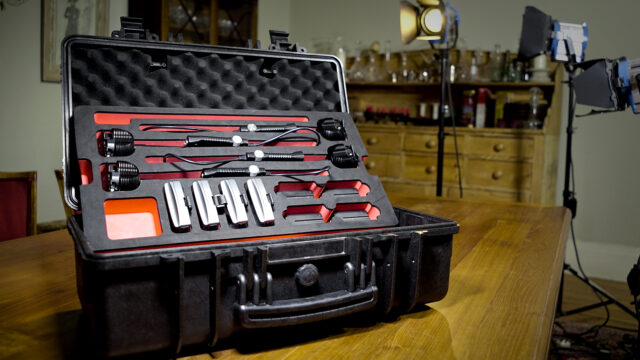 The very small and lightweight, yet flexible and powerful Scorpion Light was a literal kick-start for the guys behind Blind Spot Gear. But the success didn’t stop them from keeping up the good work and finesse their initial product. The Scorpion Light V2 is now live on Kickstarter and it seems like they’ve really built on the success of the first version.

If you’re like me, time is always an issue on set. Being fast and efficient is key, and sometimes small helpers can make all the difference. Instead of bringing in bulky lights, stands and ballasts just for illuminating background items to create some nice contrast, a set of tiny battery-powered lights would be nice to have.

The new Scorpion Light V2 is lighter, smaller and more sturdy than the initial V1 version. Furthermore, the guys behind this LED light paid particular attention to the design of the transport case. This is actually very important as even the best light in the world is no good if you can’t find all the necessary parts when you need them most. 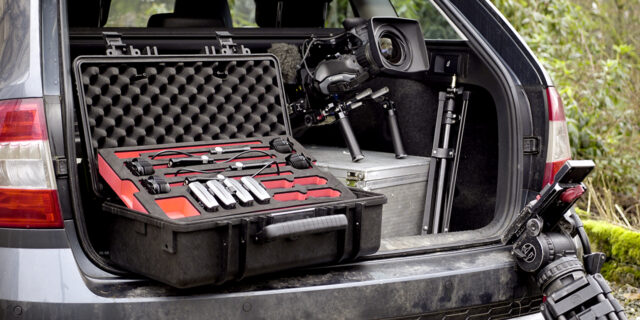 The new line of cases are designed from scratch and accommodate all the bits and pieces in a neatly organized traveling solution. There are two different cases: a soft bag for up to two lights and a hard case with 2 stacked layers for two lights each.

The Scorpion Light V2 comes with some impressive specifications and it’s actually nice to see that Blind Spot Gear provides a full data sheet for their new LED lights. How many times do we have to ponder and speculate about how good a light actually is? 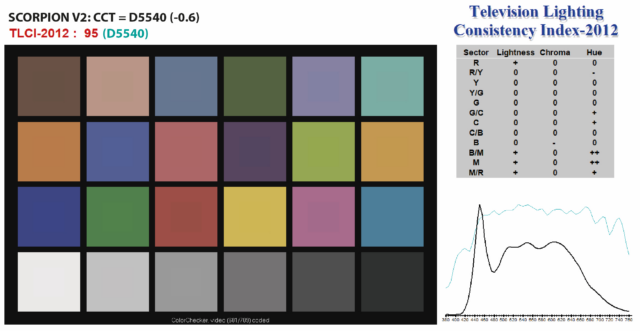 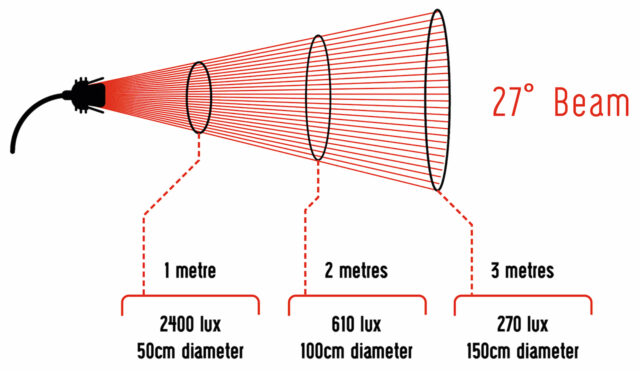 One Scorpion Light V2 weighs only 300g and it can be mounted virtually anywhere. Use it in conjunction with a Manfrotto super clamp and you’re all set. Additionally, the provided 1/4 thread also offers myriad of mounting possibilities. To power up a unit you have the choice of Sony NP-F (L-Series) batteries or mains power. Each Scorpion unit provides a dimmer which offers a full 100-0% range.

The Kickstarter campaign is already impressively successful. The goal of $21.350 was reached just under 24 hours. Meanwhile, Blind Spot Gear’s hometown of Drumchapel near Glasgow in Scotland was snowed in heavily, but the guys didn’t let this spoil their fun, deciding instead to make a video:

The Scorpion Light V2 seems to be a pretty neat companion, indeed! In my opinion, it’s a great improvement if you can set up a small light whenever and wherever you like.

More often than not, the schedule doesn’t allow for the additional 15mins you would need for setting up a regular light in the middle of nowhere. The result? Just shoot it like it is… but that’s just so frustrating! The Scorpion Light V2 might be the cure for these kind of situations.

Since the Kickstarter campaign is live as we speak, you should hurry if you’re in market for a complete and convenient set of LEDs. A single Scorpion Light V2 is £235 ($324 / €262). With it you’ll get a super clamp, a Sony NP-F550 (good for 80 minutes of operation), a battery adapter, a USB battery charger, some accessories for mounting it and a transport case.

A set of two Scorpion Lights V2 is £395 ($545, €440) and a quad set is £875 ($1.207 / €976). This one comes with a sturdy hard shell transport case instead of the smaller soft shell case. Furthermore, you’ll get 4 AC power supply adapters. These can be added as an accessory to the other tiers, as well. Other available accessories include a ROSCO gel pack, D-Tap adapter, extension cables and batteries.

These prices are well below the future MSRP, so this might be a very good deal. But please keep in mind that you don’t actually buy things on Kickstarter, but support the manufacturer financially. In return, you’ll get the finished product for a reduced price. That’s the theory. In reality, some campaigns fail, some get struck with serious delays and others just fly smoothly – you just never know. However, Blind Sport Gear is no newcomer, and already has some reputation in bringing products successfully to market.

Do you own one of the original Scorpion Lights? What do you think? Share your experience in the comments below!